Safety Score: 4,0 of 5.0 based on data from 9 authorites. Meaning please reconsider your need to travel to French Guiana.

Maripasoula in Guyane (Guyane) is a place in French Guiana about 147 mi (or 237 km) south-west of Cayenne, the country's capital city.

Current time in Maripasoula is now 09:48 AM (Wednesday). The local timezone is named America / Cayenne with an UTC offset of -3 hours. We know of 8 airports near Maripasoula. The closest airport in French Guiana is Maripasoula Airport in a distance of 1 mi (or 2 km), North. Besides the airports, there are other travel options available (check left side).

There is one Unesco world heritage site nearby. The closest heritage site is Central Suriname Nature Reserve in Suriname at a distance of 104 mi (or 168 km).

While being here, you might want to pay a visit to some of the following locations: Brokopondo, Albina, Saint-Laurent-du-Maroni, Iracoubo and Regina. To further explore this place, just scroll down and browse the available info. 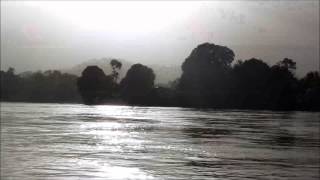 On Thursday, April 3, 2008, an Antonov An-28 operated by Blue Wing Airlines crashed upon landing at the Lawa Antino Airport of Benzdorp in Suriname. The plane carried 17 passengers and a crew of 2, all of whom died in the crash. The crash occurred around 11:00 ART. Initial media reports indicate that the airplane had to abort the landing, as the runway was being used by another Bluewing AN-28 aircraft. The airplane attempted a go-around, but failed to gain height and crashed into a mountain.

Maripasoula Airport is an airport located 3.5 km north of Maripasoula, a commune in the arrondissement of Saint-Laurent-du-Maroni in French Guiana. It is near the Lawa River, which forms the border between French Guiana and Suriname.

These are some bigger and more relevant cities in the wider vivinity of Maripasoula.

These are the most popular locations in French Guiana on Tripmondo.