Safety Score: 3,0 of 5.0 based on data from 9 authorites. Meaning we advice caution when travelling to Cuba.

Time in Santiago de Cuba is now 06:15 PM (Sunday). The local timezone is named America / Havana with an UTC offset of -5 hours. We know of 9 airports nearby Santiago de Cuba, of which one is a larger airport. The closest airport in Cuba is Antonio Maceo International Airport in a distance of 4 mi (or 6 km), South. Besides the airports, there are other travel options available (check left side).

There are several Unesco world heritage sites nearby. The closest heritage site in Cuba is Desembarco del Granma National Park in a distance of 36 mi (or 58 km), West. Need some hints on where to stay? We compiled a list of available hotels close to the map centre further down the page.

Being here already, you might want to pay a visit to some of the following locations: San Luis, Palma Soriano, Contramaestre, Segundo Frente and Guantanamo. To further explore this place, just scroll down and browse the available info. 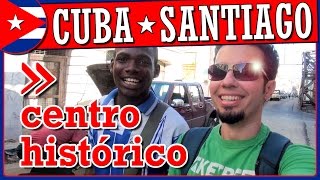 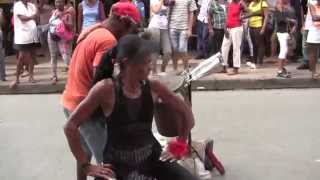 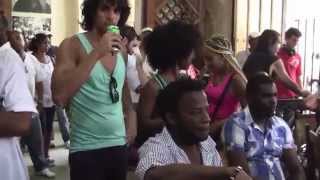 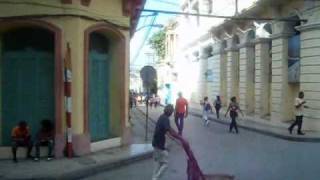 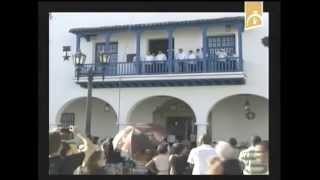 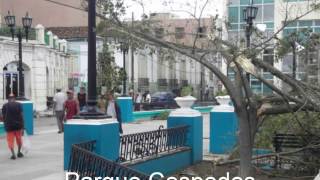 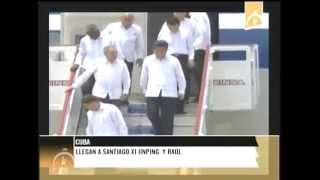 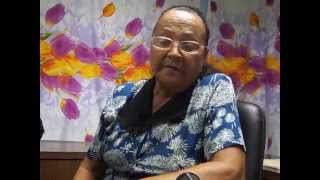 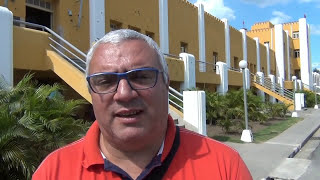 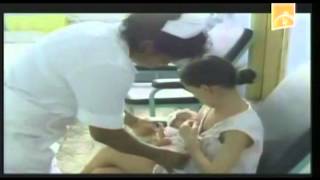 San Juan Hill is a series of hills to the east of Santiago, Cuba running north to south and known as the San Juan Heights or in Spanish "Alturas de San Juan" before Spanish-American War of 1898. {{#invoke:Coordinates|coord}}{{#coordinates:20.0200185|N|75.7982129|W||||| | |name= }} Now part of an area called "Lomas de San Juan. " These were the heights where Spanish soldiers entrenched themselves in the most famous battle of the Spanish-American War; the Battle of San Juan Hill.

For other uses, see Battle of San Juan (disambiguation). The Battle of San Juan Hill (July 1, 1898), also known as the battle for the San Juan Heights, was a decisive battle of the Spanish-American War. The San Juan heights was a north-south running elevation about two kilometers east of Santiago de Cuba. The names San Juan Hill and Kettle Hill were names given by the Americans. This fight for the heights was the bloodiest and most famous battle of the War.

The Moncada Barracks was a military barracks in Santiago de Cuba, named after General Guillermón Moncada, a hero of the War of Independence. On July 26, 1953, the barracks was the site of an armed attack by a small group of revolutionaries led by Fidel Castro. This armed attack is widely accepted as the beginning of the Cuban Revolution.

Estadio Guillermón Moncada is a multi-use stadium in Santiago de Cuba, Cuba. It is the second most important baseball stadium of the country, with a capacity for 25 000 spectators comfortably seated. The stadium was inaugurated the February 24 of 1964. It's a project of the Architect Emilio Castro.

The 10th Cavalry Regiment is a unit of the United States Army. Formed as a segregated African-American unit, the 10th Cavalry was one of the original "Buffalo Soldier" regiments. It served in combat during the Indian Wars in the western United States, the Spanish-American War in Cuba and in the Philippine-American War. The regiment was trained as a combat unit but later relegated to non-combat duty and served in that capacity in World War II until its deactivation in 1944.

These are districts that are close by, but belong to a different city than Santiago de Cuba.

These are some bigger and more relevant cities in the wider vivinity of Santiago de Cuba.