San Jose in Tinian Municipality with it's 15,000 residents is a town located in Northern Mariana Islands about 19 mi (or 31 km) south-west of Saipan, the country's capital place.

Time in San Jose is now 07:45 PM (Saturday). The local timezone is named Pacific / Saipan with an UTC offset of 10 hours. We know of 4 airports nearby San Jose, of which one is a larger airport. The closest airport in Northern Mariana Islands is Tinian International Airport in a distance of 2 mi (or 3 km), North. Besides the airports, there are other travel options available (check left side).

We collected 3 points of interest near this location.

Being here already, you might want to pay a visit to some of the following locations: Saipan, Yigo Village, Dededo Village, Tamuning-Tumon-Harmon Village and Barrigada Village. To further explore this place, just scroll down and browse the available info. 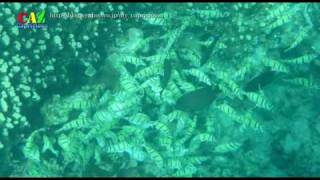 Tinian is one of the three principal islands of the Commonwealth of the Northern Mariana Islands.

The Battle of Tinian was a battle of the Pacific campaign of World War II, fought on the island of Tinian in the Mariana Islands from 24 July 1944 to 1 August 1944.

Tinian International Airport, also known as West Tinian Airport, is a public airport located on Tinian Island in the United States Commonwealth of the Northern Mariana Islands. This airport is owned by Commonwealth Ports Authority. Although most U.S. airports use the same three-letter location identifier for the FAA and IATA, Tinian International Airport is assigned TNI by the FAA and TIQ by the IATA. The airport's ICAO identifier is PGWT.

Located at 14.9992, 145.619 (Lat. / Lng.), about 2 miles away.
Wikipedia Article, Homepage
Airfields of the United States Army Air Forces in the Pacific Ocean theatre of World War II, Airports in the Northern Mariana Islands

San Jose is the largest village on the island of Tinian, in the Northern Mariana Islands. It is located on the south coast of the island, close to the island's main harbor and three beaches: Kammer Beach, Taga Beach, and Tachogna Beach. Now home to most of Tinian's population of about 1000, San Jose is close to the site of a much larger ancient village of the Chamorro culture, which may have housed 12,000-15,000 people.

These districts belong to San Jose.

These are some bigger and more relevant cities in the wider vivinity of San Jose.

This place is known by different names. Here the ones we know:
San Jose CDP, San Jose, Сан Хосе