Pātan in Bāgmatī Zone (Central Region) with it's 183,310 inhabitants is a city in Nepal a little south of Kathmandu, the country's capital.

Local time in Pātan is now 09:00 PM (Wednesday). The local timezone is named Asia / Kathmandu with an UTC offset of 5.75 hours. We know of 8 airports in the vicinity of Pātan. The closest airport in Nepal is Tribhuvan International Airport in a distance of 3 mi (or 5 km), North-East. Besides the airports, there are other travel options available (check left side).

There are several Unesco world heritage sites nearby. The closest heritage site in Nepal is Kathmandu Valley in a distance of 2 mi (or 3 km), North. If you need a place to sleep, we compiled a list of available hotels close to the map centre further down the page.

Depending on your travel schedule, you might want to pay a visit to some of the following locations: Kathmandu, Bhaktapur, Nagarkot, Zham and Chongdui. To further explore this place, just scroll down and browse the available info. 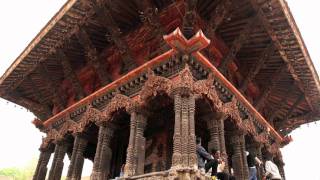 Photo montage of Patan's Durbar Square...one of the world's most astonishing displays of architecture! 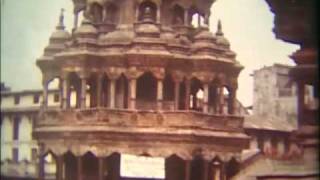 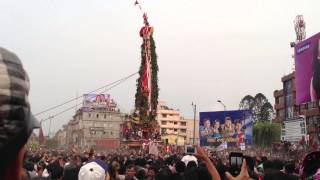 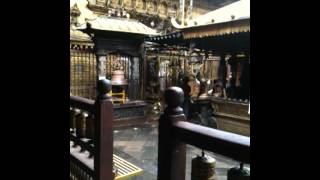 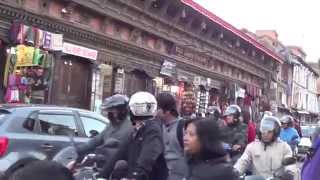 Patan Durbar Square is situated at the centre of Lalitpur city. It is one of the three Durbar Squares in the Kathmandu Valley, all of which are UNESCO World Heritage Sites. One of its attraction... 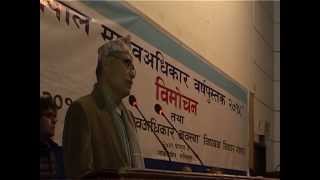 Welcome speech of Subodh Raj Pyakurel, Chairperson of INSEC on occasion of "Nepal Human Rights Yearbook 2015" release programme. This programme was organised by INSEC at Administrative ... 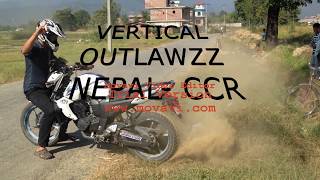 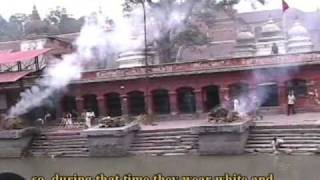 Cremation along the Bagmati, Nepal

Upon return to Nepal in 2004, I captured these Hindu cremation ceremonies at Pashupatinath, Nepal along the banks of the holy Bagmati River in Kathmandu Valley. The Pashupatinath temple nearby. 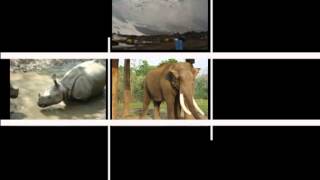 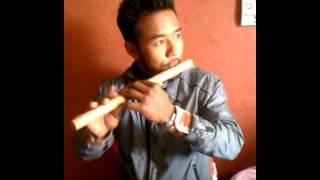 The Supreme Court of Nepal is the highest court in Nepal. It has ultimate appellate jurisdiction over all Appellate and District court. The court consists of fourteen Justices and one Chief Justice.

Nagbahal is located {{#invoke:Coordinates|coord}}{{#coordinates:27.676013|N|85.324185|E||||| | |name= }} at the heart of the city of Lalitpur in Kathmandu Valley, in Nepal. Around 5000 people live in the Nagbahal community, mainly from Newar ethnic groups. The history of the Nagbahal and the neighbouring Hiranya Varna Mahavihar (also popularly known as the Golden Temple) goes back to the 11th century.

Lalitpur District (Nepali: ललितपुर जिल्ला, a part of Bagmati Zone, is one of the seventy-five districts of Nepal, a landlocked country of South Asia. The district, with Patan as its district headquarters, covers an area of 385 km² and has a population of 337,785. It is one of the three districts in the Kathmandu Valley, along with Kathmandu and Bhaktapur. Its population was 466,784 in the initial 2011 census tabulation. Lalitpur District has many schools, colleges and hotels.

Dasharath Stadium is a multi-purpose stadium in Tripureshwor, Kathmandu, Nepal. It is the Biggest stadium in Nepal. It is currently used mostly for football matches and cultural and entertainment programs. The stadium holds 25,000 spectators and seats 5,000 was built in 1956. Most of Nepal's national and international tournaments are held in this stadium. Martyr's Memorial League is also held in this ground every year. It is named after Dashrath Chand, one of the martyrs of Nepal.

The Nepal Stock Exchange Limited (abbreviated as NEPSE) is the only Stock Exchange of Nepal. It is located in SinghaDurbar Plaza, Kathmandu Nepal. On November 19, 2011 the equity market capitalization of the companies listed on NESPE was approximately US$ 3674.64 million.

Patan Durbar Square is situated at the centre of Lalitpur city. It is one of the three Durbar Squares in the Kathmandu Valley, all of which are UNESCO World Heritage Sites. One of its attraction is The Ancient Royal Palace where Malla Kings of Lalitpur resided.

The Central Zoo is a 6-hectare zoo in Jawalakhel, Nepal. It is home to some 870 animals representing 109 species, and is operated by the National Trust for Nature Conservation (NTNC). Although it was originally a private zoo, it was opened to the public in 1956. During the Bhoto Jatra festival, celebrated near the zoo, the zoo may see upwards of 34,000 visitors in a single day after they come to see a historical jeweled vest at the culmination of the Rato Machchhindranath jatra.

These districts belong to Pātan.

These are districts that are close by, but belong to a different city than Pātan.

These are some bigger and more relevant cities in the wider vivinity of Pātan.