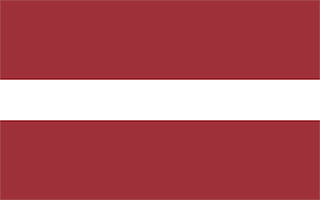 Riga
in Rīga of Rīga, Latvia

Safety Score: 2,8 of 5.0 based on data from 9 authorites. Meaning we advice caution when travelling to Latvia.

Local time in Riga is now 02:06 AM (Sunday). The local timezone is named Europe / Riga with an UTC offset of 3 hours. We know of 9 airports in the vicinity of Riga, of which 3 are larger airports. The closest airport in Latvia is Riga International Airport in a distance of 5 mi (or 9 km), West. Besides the airports, there are other travel options available (check left side).

There is one Unesco world heritage site nearby. It's Historic Centre of Riga in a distance of 1 mi (or 1 km), North-East. Looking for a place to stay? we compiled a list of available hotels close to the map centre further down the page.

When in this area, you might want to pay a visit to some of the following locations: Marupe, Kekava, Pinki, Bergi and Ulbroka. To further explore this place, just scroll down and browse the available info. 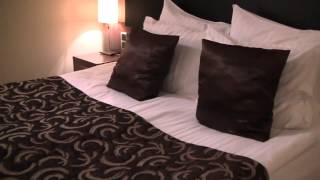 I recently stayed at the Avalon Hotel, whilst on a short break to Riga. The hotel is within a 5 minute walk of Riga Central Station, and is only a street away from Riga Old Town. A taxi to... 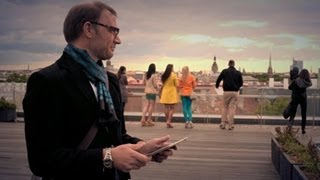 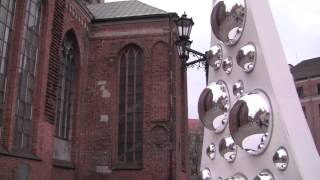 Views Around the City of Riga, Latvia - January 2014

This film features detailed footage in and around the city centre of Riga, the capital city of Latvia, which is a Baltic Sea state located in Eastern Europe. The footage is all shot during... 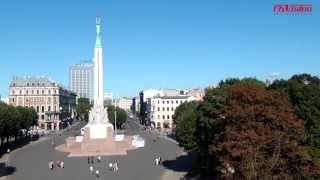 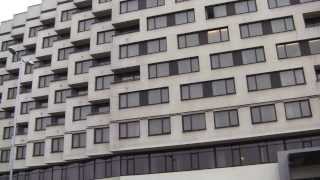 Here is another one of my hotel reviews from the Radisson Blu Daugava, in Riga, the capital city of Latvia. The film begins with a shot of the hotel from the tower of St. Peter's church in... 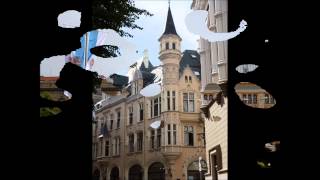 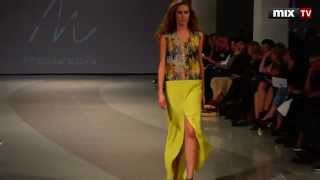 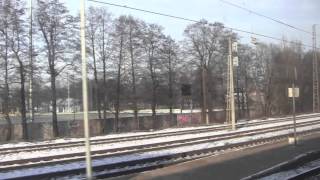 Footage taken firstly at Riga Main Railway Station, and then from the train Window in a reverse Northerly (right side) direction as it left the station and crossed Dzelzcela Bridge over the... 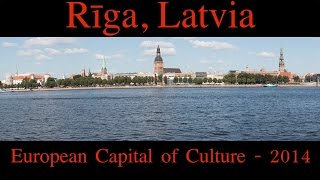 A short video shot entirely with the Canon 70D, mostly as a test, but also to show what I liked of Riga. From the Brother's cemetery, to the new National Library, and everything in between.... 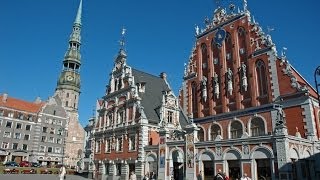 Recorded September 4-5, 2013 The video begins as we cross the border into Latvia from Lithuania. We pass through the town of Jelgava before arriving at the capitol city of Riga. In Riga I...

The Eurovision Song Contest 2003 was the 48th annual Eurovision Song Contest, held at the Skonto Hall in Riga, Latvia on 24 May 2003. The hosts were Marie N and Renārs Kaupers. Sertab Erener, the Turkish entrant, won the contest with "Everyway That I Can", scoring 167 points. The winning songwriters were Erener and Turkish rock guitarist and singer Demir Demirkan. Belgium and Russia were second and third respectively, within three points of Turkey's score.

St. Peter's Church (Latvian: Svētā Pētera Evaņģēliski luteriskā baznīca) is a Lutheran church in Riga, the capital of Latvia, dedicated to Saint Peter. It is a parish church of the Evangelical Lutheran Church of Latvia.

House of the Blackheads

House of the Blackheads is a building situated in the old town of Riga, Latvia. The original building was erected during the first third of the 14th century for the Brotherhood of Blackheads, a guild for unmarried German merchants in Riga. Major works were done in the years 1580 and 1886, adding most of the ornamentations. The structure was bombed to a ruin by the Germans June 28, 1941 and the remains demolished by the Soviets in 1948. The current reconstruction was erected from 1995 to 1999.

Museum of the Occupation of Latvia

Museum of the Occupation of Latvia 1940-1991 (Latvian: Latvijas okupācijas muzejs) is an historic educational institution located in Riga, Latvia. It was established in 1993 to exhibit artifacts, archive documents, and educate the public about the 51-year period in the 20th century when Latvia was successively occupied by the USSR in 1940, then by Nazi Germany in 1941, and then again by the USSR in 1944.

Museum of the History of Riga and Navigation

Museum of the History of Riga and Navigation (Latvian: Rīgas vēstures un kuģniecības muzejs) is housed by the Riga Dom Cathedral ensemble in the heart of the Old Riga, Latvia. It originated in 1773 as a private collection of Nikolaus von Himsel, a Riga doctor and, being one of the oldest museums in Europe, over the centuries it has grown into the largest collection of material evidence of the history of Riga.

The Railway Bridge is a bridge that crosses the Daugava river in Riga, the capital of Latvia. The first iron railway bridge in Riga, over 600 ftm long, was erected in 1871-1872 for Riga - Jelgava railroad. The new bridge was inaugurated 1914, shelled twice, during World War I in 1917 and World War II in 1944, and was rebuilt both times. The bridge is nowadays the only railway bridge in Riga. \t\t \t\t\tRiga-Blick von Petrikirche03. jpg \t\t\t Railway bridge today \t\t\t \t\t \t\t \t\t\tRiga old iron bridge.

The Large Guild is a building situated in Riga, Latvia, and was erected in the years 1854 - 1857 after a project by architect K. Bejne in English Gothic style. The building was erected to house the guild of the same name, and today it houses the Latvian National Symphony Orchestra.

The Small Guild is a building situated in Riga, Latvia, at 3/5 Amatu Street. The building was erected in the years 1864—66 after a project by architect Johann Felsko in Neo-Gothic style.

St. George's Church (Latvian: Svētā Jura baznīca) used to be a catholic church in Riga, the capital of Latvia. The church building now houses the Latvian Museum of Decorative Arts and Design and is situated at the address 10/12 Skārņu Street.

These districts belong to Riga.

These are districts that are close by, but belong to a different city than Riga.

These are some bigger and more relevant cities in the wider vivinity of Riga.

These are the most popular locations in Latvia on Tripmondo.