Safety Score: 3,5 of 5.0 based on data from 9 authorites. Meaning please reconsider your need to travel to Guinea.

Guinea with its capital Conakry is located in Africa (Western Africa, bordering the North Atlantic Ocean). It covers some 245,858 square kilometers (slightly smaller than Oregon) with a population of 12,413,900. French is the official language spoken by people in Guinea. Guinea-Bissau, Ivory Coast, Liberia, Mali, Senegal and Sierra Leone are bordering countries. 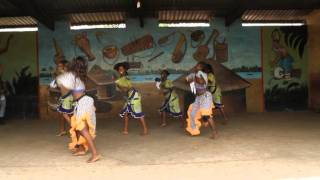 Guinea is a former French colony that borders Guinea-Bissau and Senegal to the north, Mali on the north and north-east, Côte d'Ivoire to the east and Liberia and Sierra Leone to the south. Guinea is a remarkable country with very warm, genuine people but little infrastructure. While they have tremendous natural resources available to them (which includes around one half of the world's reserves of bauxite, and many major gold, jewel, and metal industries), they rate very poorly in the UN's quality of life index. Guinea is roughly the size of the United Kingdom.

The topography is generally flat coastal plain, hilly to mountainous interior. The average density of population is about 50 per km². The climate in Guinea can be described as generally hot and humidmonsoonal-type rainy season (June to November) with southwesterly winds, dry season (December to May) with northeasterly harmattan winds. Potential natural disasters are hot, dry, dusty harmattan haze may reduce visibility during dry season.

To reach someone Guinea dial +224 prior to a number. The local cellular networks are operated on 900 MHz, 1800 MHz, 3G, 4G. Websites typically end with the top level domain ".gn". If you want to bring electric appliances (e.g. battery chaarger), keep in min the local 220 V - 50 Hz (plugs: C, F, K). The sign for the locally used currency Franc is GNF.

Three equal vertical bands of red (hoist side), yellow, and green; red represents the people's sacrifice for liberation and work; yellow stands for the sun, for the riches of the earth, and for justice; green symbolizes the country's vegetation and unity.

Guinea is at a turning point after decades of authoritarian rule since gaining its independence from France in 1958. Guinea held its first free and competitive democratic presidential and legislative elections in 2010 and 2013 respectively, and in October 2015 held a second consecutive presidential election. Alpha CONDE was reelected to a second five-year term as president in 2015, and the National Assembly was seated in January 2014. CONDE's first cabinet is the first all-civilian government in Guinea. The country held a successful political dialogue in August and September 2016 that brought together the government and opposition to address long-standing tensions. Likewise, President CONDE’s election as AU chairperson has instilled confidence in Guinea. Previously, Sekou TOURE ruled the country as president from independence to his death in 1984. Lansana CONTE came to power in 1984 when the military seized the government after TOURE's death. Gen. CONTE organized and won presidential elections in 1993, 1998, and 2003, though all the polls were rigged. Upon CONTE's death in December 2008, Capt. Moussa Dadis CAMARA led a military coup, seizing power and suspending the constitution. His unwillingness to yield to domestic and international pressure to step down led to heightened political tensions that culminated in September 2009 when presidential guards opened fire on an opposition rally killing more than 150 people, and in early December 2009 when CAMARA was wounded in an assassination attempt and exiled to Burkina Faso. A transitional government led by Gen. Sekouba KONATE paved the way for Guinea's transition to a fledgling democracy.