Local time in Luxor is now 03:32 PM (Friday). The local timezone is named Africa / Cairo with an UTC offset of 2 hours. We know of 8 airports in the vicinity of Luxor, of which one is a larger airport. The closest airport in Egypt is Luxor International Airport in a distance of 4 mi (or 7 km), South-East. Besides the airports, there are other travel options available (check left side).

There is one Unesco world heritage site nearby. It's Ancient Thebes with its Necropolis in a distance of 4 mi (or 6 km), North-West. Looking for a place to stay? we compiled a list of available hotels close to the map centre further down the page.

When in this area, you might want to pay a visit to some of the following locations: Qina, Sohag, Aswan, Hurghada and Asyut. To further explore this place, just scroll down and browse the available info. 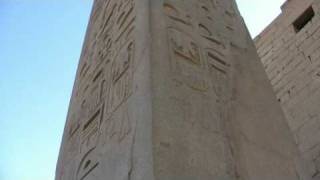 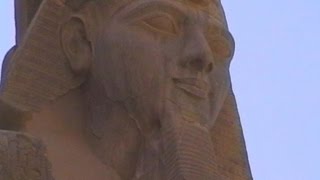 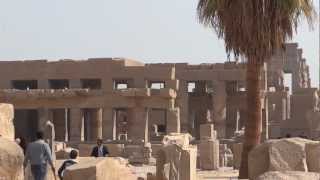 Luxor Temple is a large Ancient Egyptian temple complex located on the east bank of the Nile River in the city today known as Luxor (ancient Thebes) and was founded in 1400 BCE. For centuries... 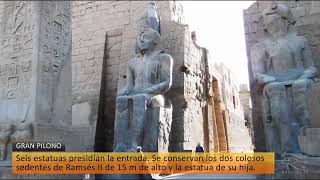 Cruise the Nile with Kuoni Travel

Experience luxury Nile cruises with Kuoni, and drift along one of the most famous rivers of the world. Moor up to stunning historic sites, and stay in some of the most beautiful hotels on the... 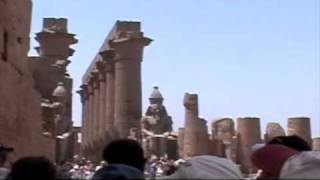 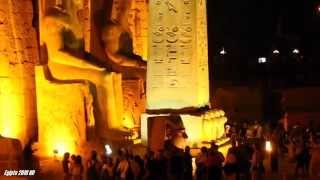 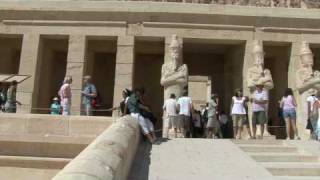 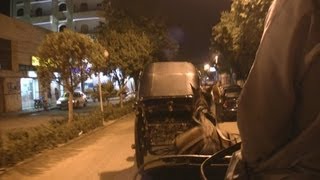 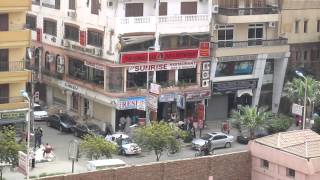 Luxor Governorate has been one of Egypt's governorates since 7 December 2009, when Hosni Mubarak announced its separation from Qena Governorate. It is located 635 km south of Cairo. It is currently the smallest governorate in Egypt, spanning approximately 5 km from north to south, and 1.5 km from east to west, and lies in Upper Egypt along the Nile. The city of Luxor is the capital of the Luxor governorate.

Luxor Temple is a large Ancient Egyptian temple complex located on the east bank of the Nile River in the city today known as Luxor and was founded in 1400 BCE. Known in the Egyptian language as ipet resyt, or "the southern sanctuary. " In Luxor there are six great temples, the four on the left bank are known to travellers and readers of travels as Goornah, Deir-el-Bahri, the Ramesseum, and Medinet Habu; and the two temples on the right bank are known as the Karnak and Luxor.

The Mummification Museum is dedicated to the art of Ancient Egyptian mummification.

Luxor Museum is located in the Egyptian city of Luxor. It stands on the corniche, overlooking the west bank of the River Nile, in the central part of the city. Inaugurated in 1975, the museum is housed in a small, purpose-built building.

The necropolis of el-Assasif is located on the West Bank at Thebes, Egypt, in the dry bay that leads up to Deir el-Bahri, and south of the necropolis of Dra' Abu el-Naga'. It contains burials of 18th Dynasty and the 25th and 26th Dynasties, covering the period circa 1550 to 525 BC across all three dynasties.

The Precinct of Mut, located near Luxor, Egypt, is one of the four main temple enclosures that make up the immense Karnak Temple Complex and occupies some 150,000 m². It is dedicated to the Egyptian goddess Mut, the mother goddess. The area in which the precinct is located was originally known as Isheru (or Asher). Isheru was the name of the spring-fed, crescent-shaped lake on the site of this portion of the temple complex. Currently the area is not open to the public or to tourists.

The Mosque of Abu Haggag is a mosque located in the Egyptian city of Luxor. Specifically, it stands atop the ruins of Luxor Temple, an Ancient Egyptian centre of worship dating back to the reign of Pharaoh Amenhotep III in the 14th century BC.

These are some bigger and more relevant cities in the wider vivinity of Luxor.