Current time in Anqing is now 07:27 AM (Monday). The local timezone is named Asia / Shanghai with an UTC offset of 8 hours. We know of 8 airports near Anqing, of which one is a larger airport. The closest airport in China is Anqing Airport in a distance of 5 mi (or 8 km), North. Besides the airports, there are other travel options available (check left side).

There are several Unesco world heritage sites nearby. The closest heritage site in China is Ancient Villages in Southern Anhui – Xidi and Hongcun in a distance of 70 mi (or 113 km), South-East. Looking for a place to stay? we compiled a list of available hotels close to the map centre further down the page.

When in this area, you might want to pay a visit to some of the following locations: Zongyang, Gaohe, Yaodu, Yijin and Chizhou. To further explore this place, just scroll down and browse the available info. 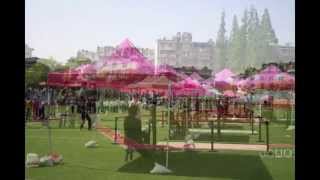 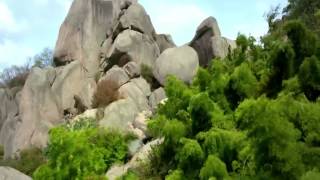 Anqing is a prefecture-level city in the southwest of Anhui province, People's Republic of China. It borders Lu'an to the north, Hefei and Wuhu to the northeast, Tongling to the east, Chizhou to the southeast, and the provinces of Jiangxi and Hubei to the south and west respectively.

Anqing Teachers College is an institution of higher learning, located in Anqing, Anhui Province of the People's Republic of China. The history of the college dates back to 1897, when the earliest and largest provincial school in Anhui, Jinfu Academy (敬敷书院), was relocated to Linghu Campus. Famed pundits and traditional scholars such as Liu Dagui, Wang Liangwu, Quan Zuwang and Yao Nai, all served as the headmaster (equivalent to president nowadays).

The Zhenfeng Pagoda in Anqing City, Anhui Province, People's Republic of China, is a pagoda originally built in 1570 during the Ming Dynasty. Due to its location near a bend in the Yangtze River, the pagoda was formerly used as a lighthouse, and contains niches for lanterns. After construction, the pagoda was initially called the "Ten-thousand Buddha" (万佛塔) pagoda due to its interior containing over six hundred statues of the Buddha.

These are some bigger and more relevant cities in the wider vivinity of Anqing.