Current time in Oran is now 08:46 AM (Thursday). The local timezone is named Africa / Algiers with an UTC offset of one hour. We know of 9 airports close to Oran, of which one is a larger airport. The closest airport in Algeria is Es Senia Airport in a distance of 5 mi (or 8 km), South. Besides the airports, there are other travel options available (check left side).

While being here, you might want to pay a visit to some of the following locations: Sidi Bel Abbes, Ain Temouchent, Mostaganem, Mascara and Tlemcen. To further explore this place, just scroll down and browse the available info. 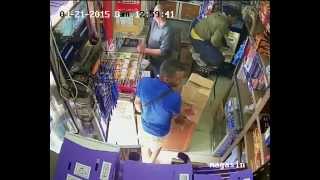 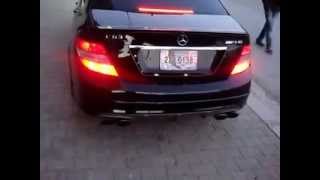 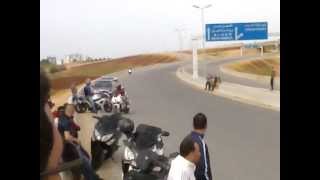 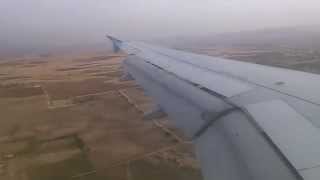 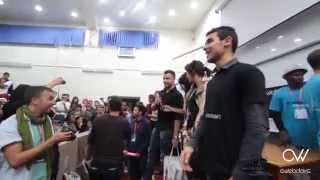 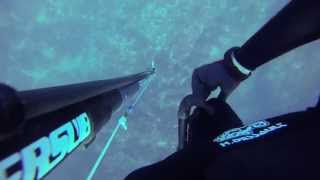 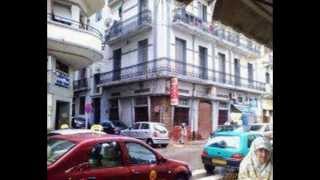 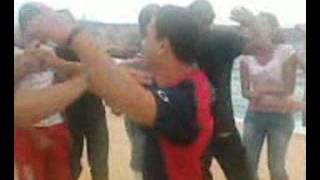 Stade Ahmed Zabana is a multi-purpose stadium in Oran, Algeria. It is currently used mostly for football matches. It is the home ground of MC Oran. The stadium holds 40,000. Currently, a new stadium, called Olympic Stadium, is being constructed.

Olympic Stadium of Oran is a multi-use stadium in Oran, Algeria, that is currently under construction. Once completed in 2014, it will be used mostly for football matches and will host the home matches of MC Oran. The stadium will have a capacity of 40,000 people. It replaces their current stadium Ahmed Zabana Stadium. On December 5, 2011, the minister of Youth and Sports, El Hachemi Djiar, announced that the stadium would be completed before the end of 2012.

The Great Synagogue of Oran, Algeria, was built and consecrated in 1880 at the initiative of Simon Kanoui, but its inauguration took place only in 1918. Also known as Temple Israelite, it is located on the former Boulevard Joffre, currently Boulevard Maata Mohamed El Habib. It was one of the largest and most superb synagogues in North Africa.

The Hassan Basha Mosque is a mosque in Oran, built in 1797 during the reign of Mohamed Bey large order of Baba Hassan Basha of Algiers (the expulsion of the Moors). First imam of the mosque, Sheikh Sidi Mohamed El-Sunni Al-Mahaji.

Royal Hotel is a luxury hotel in Oran, Algeria. One of the most luxurious hotels in Oran, it is set in a colonial building dated to 1920 and contains 112 rooms, 12 junior suites and 5 senior suites.

The Ahmed Zabana National Museum is a museum located in Oran, Algeria and is named after the Algerian national hero Ahmed Zabana executed by the French on May 19, 1956 in Algiers. The first floor of the museum tells the story of the local impact of Algeria's battle for independence from France including a list of local people executed by the French between 1954 and 1962.

Cathédrale du Sacré-Cœur d'Oran is a cathedral located on the Place de la Kahina, on Boulevard Hammou-boutlelis, in Oran, Algeria. It was built between 1904 to 1913 by Albert Ballu, the architect of the Government of Algeria, and by the company of Auguste and Gustave Perret. The church was consecrated on 30 April 1930, was transformed into a regional library in 1984, then a public library in 1996.

These districts belong to Oran.

These are districts that are close by, but belong to a different city than Oran.

These are some bigger and more relevant cities in the wider vivinity of Oran.