Current time in Jinan is now 05:38 AM (Thursday). The local timezone is named Asia / Shanghai with an UTC offset of 8 hours. We know of 8 airports near Jinan, of which two are larger airports. The closest airport in China is Yaoqiang Airport in a distance of 18 mi (or 29 km), North-East. Besides the airports, there are other travel options available (check left side).

There are two Unesco world heritage sites nearby. The closest heritage site in China is Mount Taishan in a distance of 28 mi (or 46 km), South. Looking for a place to stay? we compiled a list of available hotels close to the map centre further down the page.

When in this area, you might want to pay a visit to some of the following locations: Yancheng, Lingcheng, Ningjin, Dongping and Nancheng. To further explore this place, just scroll down and browse the available info. 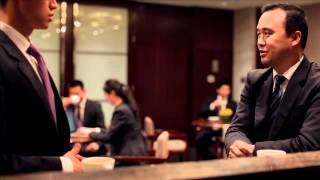 For more information about Hyatt Regency Jinan or to reserve your next stay at this luxury China hotel, please visit http://bit.ly/MYzBIU As Confucius said, "Is it not delightful to have friends... 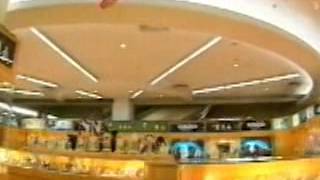 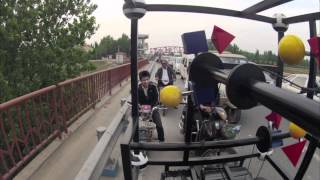 a 69km ride from the small town of Linyi to Jinan, the capital city of Shandong Province. follow the story facebook.com/m2bproject m2bproject.tumblr.com. 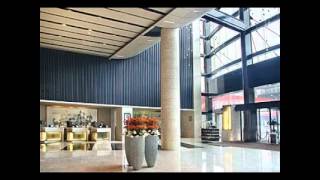 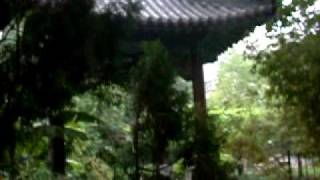 A spring in Baotu Spring Garden in Jinan, Shandong Province of China 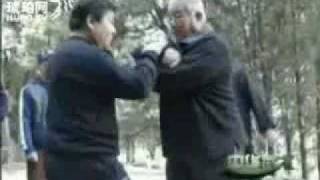 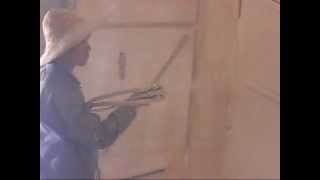 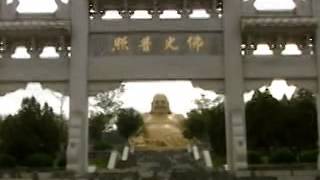 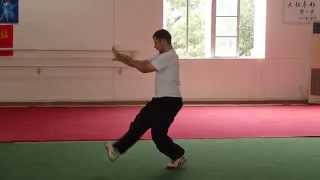 Jinan is the capital of Shandong province in Eastern China. The area of present-day Jinan has played an important role in the history of the region from the earliest beginnings of civilization and has evolved into a major national administrative, economic, and transportation hub.

Located at 36.6667, 116.983 (Lat. / Lng.), about 1 miles away.
Wikipedia Article, Homepage
Cities in Shandong, Sub-provincial cities in the People's Republic of China, Provincial capitals in China, Jinan

The Baotu Spring (Chinese: 趵突泉; pinyin: BàotūQuán, sometimes translated as "Jet Spring" or "Spurting Spring") is a culturally significant artesian karst spring located in the city of Jinan, Shandong Province, China. It is mentioned in the Spring and Autumn Annals, one of the Five Classics of Chinese literature and was declared the "Number One Spring under the Heaven" by the Qing Dynasty Emperor Qian Long.

The Five Dragon Pool is a culturally significant pond fed by artesian karst springs in the city of Jinan, Shandong Province, China. It is one of the best known springs among the 72 famous springs of Jinan. The spring that supplies the water for the Five Dragon Pool belongs to a group of springs that also contains 28 other springs, such as the Tianjing Spring, Seventy-three Spring, Ximizhi Spring, Dongmizhi Spring, Yueya Spring, Jing Spring, and the Congming Spring.

The following is a list of sites in Jinan. It contains sites of natural, cultural, economic, political, or historical significance in the City of Jinan, Shandong, China. The geographical area covered by this list includes not only the urban area of Jinan proper but all counties (including the county-level city of Zhangqiu) and districts that are under the administration of Jinan City.

The Republican Building is a historical landmark building, a hospital from the early 20th century located at the Shandong University campus, in the city of Jinan, Shandong Province, China. The building was originally part of the hospital of Cheeloo University. Construction was sponsored by the British Baptist Church. Work began in 1914 and was completed the following year. The building was officially inaugurated on September 27, 1915 by the military governor of Shandong, Jin Yunpeng.

The Guangzhi Yuan (simplified Chinese: 广智院; traditional Chinese: 廣智院; pinyin: GuǎngzhìYuàn; literally "Academy of Broad Knowledge") is a historical building in the City of Jinan, Shandong Province, China. In the early 20th century, it housed a museum that became the forerunner of the Shandong Provincial Museum. The Guangzhi Yuan is linked to Shandong's oldest museum, the Yidu Museum that was opened by British Baptist missionary John Sutherland Whitewright in Qingzhou in 1887.

The Ruifuxiang Silk Store is a chain of silk stores in eastern China. The Ruifuxiang stores were founded by Meng Hongsheng, a descendant of the Confucian philosopher Mencius (Chinese family name Meng) from Jiujun County to the north of Zhangqiu City, Shandong Province. The Meng family had been in the clothing business since the reign of the Kangxi Emperor (1661-1722).

Tianqiao is a district of the Chinese province of Shandong. It is administered by the subprovincial town of Jinan. It has an area of 249.05 km² and has 485,773 inhabitants (2003).

The Battle of Jinan was a critical engagement fought between the Kuomintang (KMT or Chinese Nationalist Party) and the Communist Party of China (CPC) from September 16 to September 24 1948 during the Chinese Civil War. The communist Eastern China Field Army besieged and finally captured the city of Jinan, the capital of Shandong Province and a major urban center as well as a transportation hub in northeastern China with a population of about 600,000 at the time of the battle.

The Jinan Great Southern Mosque is the oldest mosque in the city of Jinan, Shandong Province, China. First established during the Yuan Dynasty (in 1295), most of the present structures were erected during the Ming Dynasty (in 1436 and 1492). The basic layout of the mosque is that of a Chinese temple into which the elements needed for its function as a mosque have been integrated.

The Jinan trolleybus system serves the city of Jinan, in the province of Shandong, People's Republic of China. Opened in 1977, the system is operated by the Jinan Public Transport Corporation, and presently consists of four lines.

The Guandi Temple on Communist Youth League Street is a historical temple dedicated to Guan Yu in the Tianqiao district of Jinan, Shandong Province, China. It is one of the three best-preserved Guanyu temples in the area of Jinan, the other two are in the Water Lily Street and in Xianxi Alley (县西巷).

These are some bigger and more relevant cities in the wider vivinity of Jinan.