Santiago in Provincia de Santiago (Santiago Metropolitan) with it's 4,837,295 habitants is located in Chile. It's the capital of this country.

Current time in Santiago is now 04:41 PM (Friday). The local timezone is named America / Santiago with an UTC offset of -4 hours. We know of 8 airports close to Santiago, of which one is a larger airport. The closest airport in Chile is Comodoro Arturo Merino Benítez International Airport in a distance of 9 mi (or 15 km), North-West. Besides the airports, there are other travel options available (check left side).

There are two Unesco world heritage sites nearby. The closest heritage site in Chile is Historic Quarter of the Seaport City of Valparaíso in a distance of 38 mi (or 61 km), North-East. If you need a hotel, we compiled a list of available hotels close to the map centre further down the page.

While being here, you might want to pay a visit to some of the following locations: Providencia, Rancagua, Limache, Villa Alemana and El Tabo. To further explore this place, just scroll down and browse the available info. 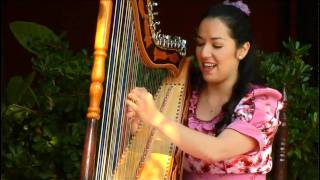 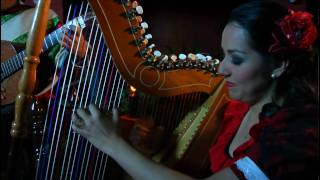 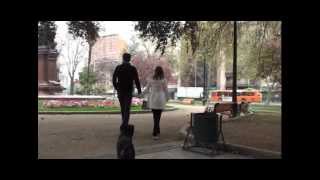 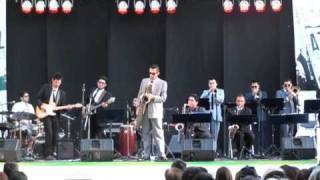 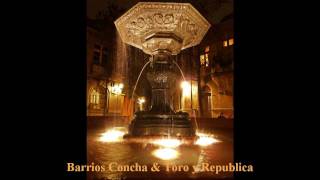 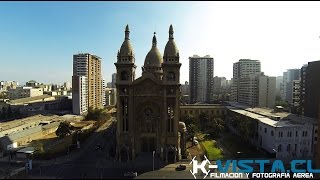 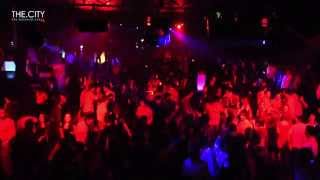 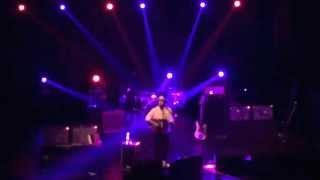 City And Colour - The Girl 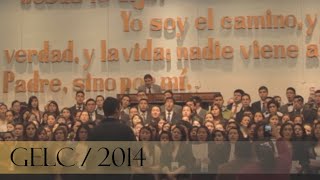 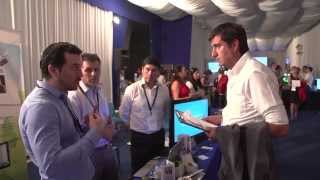 The University of Chile (Spanish: Universidad de Chile) is the largest and oldest institution of higher education in Chile and one of the oldest in Latin America. Founded in 1842 as the replacement and continuation of the former colonial Royal University of San Felipe (1738), the university is often called Casa de Bello (House of Bello) in honor of its first president, Andrés Bello. Notable alumni include two Nobel laureates and twenty heads of state among many others.

O'Higgins Park is Santiago, Chile's second largest public park (Santiago's Metropolitan Park is the largest). It is located in the center of the capital, in the Santiago Commune. Measuring some 190 acres (770,000 m²), it is about a fourth the size of Manhattan's Central Park.

Universidad de Chile, is a station on the Santiago Metro in Santiago, Chile. It is underground, between the stations La Moneda and Santa Lucía on the same line. It is located on the Avenida Libertador General Bernardo O'Higgins, in the commune of Santiago. It is named for the nearby Universidad de Chile (University of Chile).

The Central University of Chile (UCEN) (Spanish: Universidad Central de Chile) is the first autonomous private university in Chile, founded in 1982 in Santiago de Chile. It's accredited in the areas of institutional management and undergraduate teaching by the National Accreditation Commission of Chile for a term of four years from December 2008 to December 2012. The Central University of Chile is structured in nine faculties, in which are held 2 Ph.D.

Museo Colonial is a historical, cultural and religious museum located in Santiago, Chile. The museum explores the colonial period of Chile and South America, with a collection of paintings, sculpture, furniture and other objects. Many of the pieces are religious, and were created in Peru, the former colonial capital. The museum also features a genealogical tree of the Franciscan Order which is "gigantic" in size and includes 644 miniature portraits.

Barrio París-Londres is a barrio located in Santiago, Chile. The neighborhood intersects at Calle Londres and Calle París, located behind the San Francisco Church, in its former orchard. Barrio París-Londres features shops, hostels, hotels and cobble stone streets with renovated mansions, reminiscent of the Latin Quarter in Paris, France. The barrio was developed in 1923 by a group of architects, and consists of only two streets.

The San Francisco Church is a Franciscan church on Avenida Libertador General Bernardo O'Higgins, in the downtown of Santiago de Chile. The church, along with the adjacent convent, has the distinction of being the oldest colonial-era building in the country. The church was consecrated in 1622. The bell tower was destroyed by an earthquake in 1647, while the rest of the building successfully resisted it. In 1730 another earthquake badly damaged the rebuilt tower, which was demolished in 1751.

The Basílica de los Sacramentinos is a church in the Roman Catholic Archdiocese of Santiago de Chile. It administered by the Congregation of the Blessed Sacrament and its design was inspired by the Basilique du Sacré-Cœur in Paris. The main cupola of the church has a structural height of 69 m .

The Palacio Cousiño is a palace that was designed and built for Isidora Goyenechea, widow of Luis Cousiño, who in turn was son of Matías Cousiño. It is located at 438 Dieciocho Street in Santiago, Chile. The palace was designed by architect Paul Lathoud, who also designed the building housing the Chilean National Museum of Natural History. The palace was constructed in Second Empire Style and completed in 1878.

Parque O'Higgins is a metro station on the Line 2 of the Santiago Metro, in Santiago, Chile. It is located in the middle of the east branch of the Autopista Central, on a raised earthen embankment. The station is named for the adjacent Parque O'Higgins.

Toesca is a metro station on the Line 2 of the Santiago Metro, in Santiago, Chile. It is located in the middle of a sunken stretch of the Autopista Central. The station is named for the nearby Toesca Street, which in turn is named after Joaquín Toesca, who designed La Moneda Palace. The station is close to the Palacio Cousiño.

Teatro Caupolicán (Caupolicán Theatre) is a Chilean theatre located on San Diego street in Santiago, Chile. It first opened in 1936. During its history it has hosted sporting, political, and cultural events, as well as concerts by Chilean and international artists.

These districts belong to Santiago.

These are some bigger and more relevant cities in the wider vivinity of Santiago.