Safety Score: 3,4 of 5.0 based on data from 9 authorites. Meaning please reconsider your need to travel to Chile.

When in this area, you might want to pay a visit to some of the following locations: Providencia, Limache, Rancagua, Villa Alemana and El Tabo. To further explore this place, just scroll down and browse the available info. 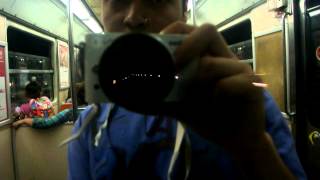 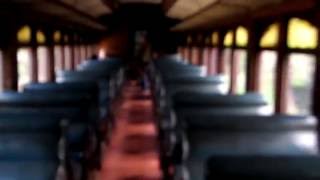 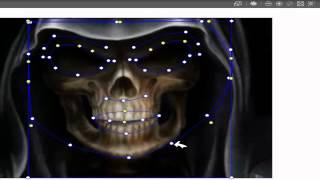 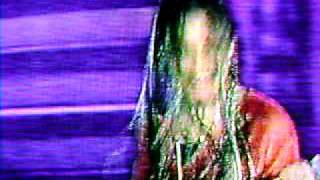 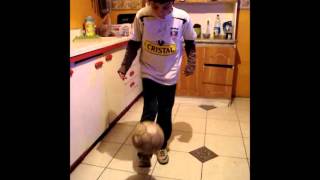 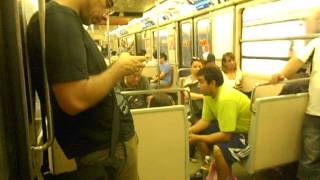 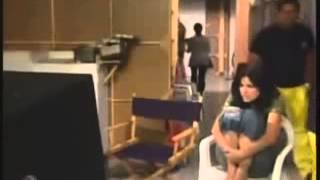 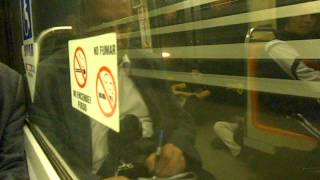 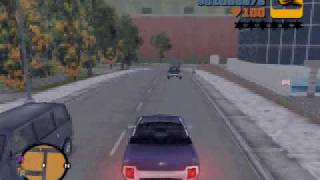 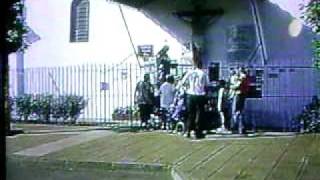 The University of Santiago, Chile (Usach) (Spanish: Universidad de Santiago de Chile) is one of the oldest public universities in Chile. The institution was born as Escuela de Artes y Oficios (Spanish School of Arts & Crafts) in 1849, under the government of Manuel Bulnes. It became Universidad Técnica del Estado (Spanish Technical University of the State) in 1947, with various campuses throughout the country.

The Cementerio General de Santiago, Chile is one of the largest cemeteries in Latin America with an estimated 2 million burials. The cemetery was established in 1820 after Chile's independence when Bernardo O'Higgins inaugurated the Alameda de las Delicias along the old course of the Mapocho River.

Estación Alameda (unofficially Estación Central) in Santiago, Chile, is the city's only railway station after the closure of the Estación Mapocho, serving southern Chile (passenger trains no longer serve northern Chile). It is on the Avenida Libertador General Bernardo O'Higgins, facing Matucana avenue.

Built at the beginning of the 20th century, the Estación Mapocho was for a long time the hub for all rail traffic serving northern Chile, Valparaiso and Argentina. Built to celebrate the centennial of Chilean independence, the building has an obvious sentimental value that adds to its imposing architecture. In recognition of all these attributes, the building was declared a national monument in 1976.

Estadio Santa Laura is a football stadium in Independencia, Santiago, Chile. It is the home stadium of Unión Española. The stadium holds 22,000 people and was built in 1922. It is a multi-use stadium, also used for concerts. Its attendance for football matches is rarely above 5,000 spectators.

Estadio Víctor Jara is an indoor multi-use sports complex located in the western part of Santiago, Chile, near the Estación Central. It was opened in 1949 as Estadio Chile (Chile Stadium). It has a total capacity for an audience of 4,500 people. In 2004 it was renamed as a memorial to folk singer Víctor Jara, who was tortured and killed there on September 16, 1973, during the Chilean coup of 1973 by members of the Chilean Army.

Avenida Libertador General Bernardo O'Higgins (English: General Liberator Bernardo O'Higgins Avenue), popularly known as La Alameda (meaning, a road surrounded by poplar trees), is Santiago, Chile's main avenue. It runs east-west in the center of the greater urban area and is 7.77 km long, and it has up to 5 lanes in each direction. It was named after Chile's founding father Bernardo O'Higgins. It was originally a branch of the Mapocho River.

Estadio Usach is a multi-use stadium in central Santiago, Chile, named after the Universidad de Santiago de Chile. It is currently used mostly for football matches and until around 2003 was used to host the home matches for Club de Deportes Santiago Morning, which now plays in La Pintana. The stadium holds 3,000 people.

Hipódromo Chile is a thoroughbred horse race track in the municipality of Independencia, in the Santiago Metropolitan Region of Chile. It is one of two race tracks in Greater Santiago.

The Chilean National Museum of Natural History (Spanish: Museo Nacional de Historia Natural or MNHN) is one of three national museums in Chile, along with the Museum of Fine Arts and the National History Museum. It is located in Quinta Normal Park.

Estación Central is a station on the Santiago Metro in Santiago, Chile. It is underground, between the stations Universidad de Santiago and Unión Latinoamericana on the same line. It is located on the Avenida Libertador General Bernardo O'Higgins, in the commune of Estación Central. It is named for the nearby Santiago Estación Central.

Museum of Memory and Human Rights

The Museum of Memory and Human Rights is a chilean museum located in Santiago, dedicated to commemorate the victims of Human Rights violations during the Military Regime led by Augusto Pinochet between 1973 and 1990. It was inaugurated by former President Michelle Bachelet on January 11 in 2010, which formed part of government works celebrating the Bicentennial of Chile.

Santa Ana is a transfer station between the Line 2 and Line 5 of the Santiago Metro. It was initially a single-line station on the Line 2, subsequently in 1998, the station begins to be adapted to become a transfer station, as a part of the extension of the Line 5 from Baquedano metro station to Santa Ana station, in which was used the New Austrian Tunnelling method. The older portion of the station occupies part of the central reservation of the Autopista Central, which is sunked.

Quinta Normal Park is an urban park in the city of Santiago, Chile. The park is in a commune, or district of the same name, Quinta Normal. The park is bounded by Matucana Avenue to the east, Portales Avenue to the south and Santo Domingo Street to the north. It is home to several museums, including the Chilean National Museum of Natural History. Near the park is the Museum of Memory and Human Rights. The park is also near a Public Library.

Puente Cal y Canto is an underground metro station on the Line 2 of the Santiago Metro, in Santiago, Chile. Originally named Mapocho, it was renamed to Puente Cal y Canto shortly after its opening. This name is taken from the former bridge on the Mapocho River, whose remains were found during the construction of the station. The station's platforms walls have a decoration that resembles the architecture of the mentioned bridge. Until 2004 the station was the northern terminus of the Line 2.

Quinta Normal is an underground metro station on the Line 5 of the Santiago Metro. It is one of the largest metro stations in Santiago, Chile and provides access to Quinta Normal Park and Museum of Memory and Human Rights. Two glazed street-level entrances provide natural lighting for a portion of the station.

Blanqueado is an underground metro station on the Line 5 of the Santiago Metro, in Santiago, Chile. The tunnel containing the platforms, which are 135 metres long, is connected by a concourse tunnel to a large shaft, which includes the ticket hall, as well as the stairways and elevator that lead to the only exit. The tracks rest at a depth of 18.6 m .

The Basilica of Lourdes is a church in Santiago, Chile. It stands laterally opposite the Quinta Normal Park. The basilica was planned in the 1930s. Designed by architects Eduardo Costabal and Andrés Garafulic, the church is built in the neo-Byzantine style. It features stained glass windows by Gabriel Loire Studio, covering 650 m . The base of the main dome is ringed by 16 statues of prophets, which is a work by sculptress Lily Garafulic.

Gruta de Lourdes is an underground metro station on the Line 5 of the Santiago Metro, in Santiago, Chile. It is located close to the western branch of the Autopista Central and the Basilica of Lourdes. East of the station, Line 5 runs beneath Quinta Normal Park. The station features a mined train hall and transept. Both tunnels, which have an oval cross section, were excavated from a deep open pit. A street-level pavilion with glazed walls contains the fare control.

Unión Latinoamericana, also known as ULA, is an underground metro station on the Line 1 of the Santiago Metro, in Santiago, Chile. It is close to Víctor Jara Stadium. It has a single mezzanine, which is accessed by four entrances via two corridors. There are stairs at the four corners of the mezzanine, which are used as one-way walkways, although the stairs that go from the paid area of the mezzanine to the platforms can be used in a reverse direction for crossover between the platforms.

Plaza Yungay is a square located in Barrio Yungay, an historical neighborhood of Santiago, Chile, located at the western limits of the commune of Santiago. The plaza is the home of a monument commemorating the end of Chile's War of the Confederation (1836-1839) against the Peruvian and Bolivian confederation, and a church named for the saint that protects Santiago's residents from earthquakes. Today, it is a lively public space.

Located at -33.4376, -70.674 (Lat. / Lng.), about 2 miles away.
Wikipedia Article
Buildings and structures in Santiago, Visitor attractions in Santiago, Chile, War of the Pacific, Military history of Chile, Squares in Chile

These districts also belong to Santiago.

These are some bigger and more relevant cities in the wider vivinity of Santiago.