Flagstaff in Coconino County (Arizona) with it's 70,320 inhabitants is located in United States about 1,914 mi (or 3,081 km) west of Washington DC, the country's capital.

Local time in Flagstaff is now 04:45 PM (Friday). The local timezone is named America / Phoenix with an UTC offset of -7 hours. We know of 8 airports in the wider vicinity of Flagstaff, of which one is a larger airport. The closest airport in United States is Flagstaff Pulliam Airport in a distance of 4 mi (or 7 km), South. Besides the airports, there are other travel options available (check left side).

There is one Unesco world heritage site nearby. It's Grand Canyon National Park in a distance of 64 mi (or 103 km), North. Also, if you like golfing, there are multiple options in driving distance. If you need a place to sleep, we compiled a list of available hotels close to the map centre further down the page.

Depending on your travel schedule, you might want to pay a visit to some of the following locations: Prescott, Holbrook, Phoenix, Globe and Kanab. To further explore this place, just scroll down and browse the available info. 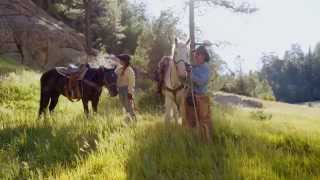 Located in the mountains of northern Arizona, Flagstaff is a four season destination with an eclectic mix of dining, nightlife and visitor activities. Enjoy a day exploring the historic downtown,... 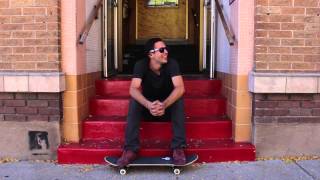 The first episode in our three part documentary series. In this episode we speak to Robert who tells us his passion for skateboarding. 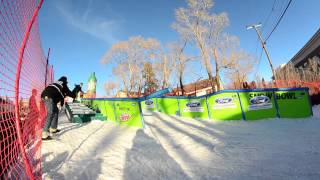 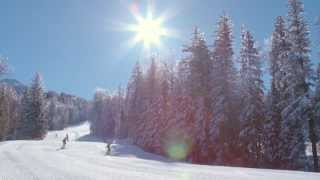 Known as Arizona's Winter Wonderland, Flagstaff is located at the base of the San Francisco Peaks and provides a winter escape for family, friends and loved ones. From skiing at Arizona Snowbowl... 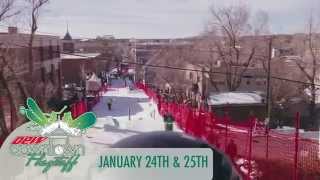 Skiers and snowboarders take to the streets of historic downtown Flagstaff to shred, grind and jump off of urban terrain features and compete to win cash prizes. This family-friendly event... 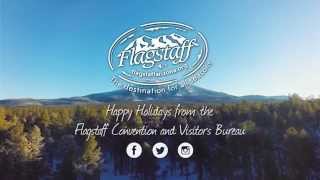 Happy Holidays from the Flagstaff CVB

The holidays in Flagstaff are a special time. Visit Santa's workshop, stroll through millions of lights and enjoy the winter season. The Flagstaff Convention and Visitors Bureau wishes you... 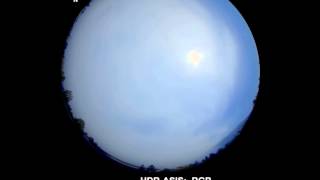 http://gallery.usgs.gov/videos/807 Changing sky conditions and smoke from the Slide fire, a major wildfire near Flagstaff, Arizona, are apparent in this sequence of natural-color, hemispheric... 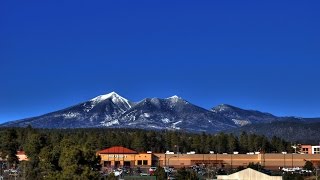 What is the best hotel in Flagstaff AZ? Top 3 best Flagstaff hotels as by travellers

What is the best hotel in Flagstaff AZ ? check the ratings made by travellers themselves. http://www.best-hotel.org/best-hotels-in-flagstaff-az/ List of hotels in Flagstaff Arizona : ... 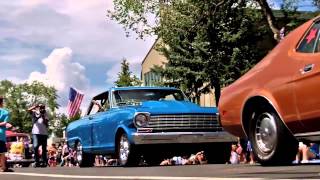 Some of the classic cars recorded during the 2014 Fourth of July parade that took place in downtown Flagstaff. Over 100 groups participated in the parade that began on Beaver St. and Elm Ave.,... 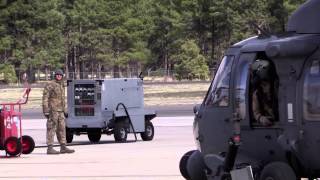 These helicopters are taking off from the Flagstaff Arizona airport during an exercise called Angel Thunder. They flew in from Moody Air Force Base. HH-60s are used mostly for Combat Search...

Flagstaff (Navajo: Kinłání Dookʼoʼoosłííd Biyaagi, Havasupai: Wii Hagnbaj or Wii Baggwa) is a city located in northern Arizona, in the southwestern United States. In 2009, the city's population was 60,611. It is the county seat of Coconino County. The city is named after a Ponderosa Pine flagpole made by a scouting party from Boston (known as the "Second Boston Party") to celebrate the United States Centennial on July 4, 1876.

Northern Arizona University (NAU) is a public university located in Flagstaff, Arizona, United States. It is accredited by the North Central Association of Colleges and Schools, and has 36 satellite campuses in the state of Arizona. The university offers both undergraduate and graduate degrees. As of fall 2012, 26,002 students were enrolled, 18,292 at the Flagstaff campus. The average cost of tuition and fees for a full-time, Arizona resident undergraduate student for two semesters is $9,271.

The Robotic Lunar Observatory (ROLO) was an astronomical observatory funded by NASA and located at the United States Geological Survey Flagstaff Science Campus atop McMillan Mesa in Flagstaff, Arizona. Its purpose was to enable the Moon to be used as a radiance calibration source for Earth-orbiting remote-sensing spacecraft. The program ceased observations in September of 2003, but the facility is maintained for calibration and instrument characterization purposes.

The J. Lawrence Walkup Skydome is an indoor multi-purpose stadium in Flagstaff, Arizona, on the campus of Northern Arizona University. Opened in September 1977, it is the home of the NAU Lumberjacks football and basketball teams of the Big Sky Conference. The seating capacity is 16,230, with 15,000 permanent seats and 1,230 seats in portable bleachers. The Walkup Skydome has hosted five Big Sky men's basketball tournaments: 1987, 1997, 1998, 2005, and 2006.

The Flagstaff Amtrak station is located at 1 East Route 66 in Flagstaff, Arizona. The station, formerly the Atchison, Topeka and Santa Fe Railway depot, doubles as a visitor center and is located in the midst of the shops, cafes, and boutiques of downtown Flagstaff. Northern Arizona University is located nearby, as are the Lowell Observatory (where Pluto was discovered), Sunset Crater, the Walnut Canyon National Monument, ski resorts, and other attractions.

The Hotel Monte Vista is a famous hotel located one block north of U.S. Route 66 in Flagstaff, Arizona. The hotel was built in 1927 and is a centerpiece of the historic downtown district. The hotel contains 43 rooms and suites on three floors. The Monte Vista Lounge, or "Monte V" as it is known, is a popular bar and entertainment venue.

The Orpheum Theater is an old movie house in Flagstaff, Arizona, USA, originally named the Majestic Opera House. The building was constructed in 1911. It was rebuilt and expanded in 1917, and renamed the Orpheum. The theater closed in 1999. Three years later, in 2002, it reopened as a concert venue.

Located at 35.1985, -111.649 (Lat. / Lng.), about 0 miles away.
Wikipedia Article, Homepage
Music venues in Arizona, Cinemas and movie theaters in Arizona, Buildings and structures in Flagstaff, Arizona, Event venues established in 2002

These are some bigger and more relevant cities in the wider vivinity of Flagstaff.

Plein Air Monotypes: A Safe And In Person Creative Workshop
Starting at: 02:00 am (02:00).
More Information: eventful.com.

Under The Stars At The Orpheum Theater Featuring The Senators
Starting at: 02:15 pm (14:15).
More Information: eventful.com.

Under The Stars At The Orpheum Theater Featuring Sap Dabblers
Starting at: 02:15 pm (14:15).
More Information: eventful.com.

The Arboretum At Flagstaff Fall Open House
Starting at: 02:00 am (02:00).
More Information: eventful.com.