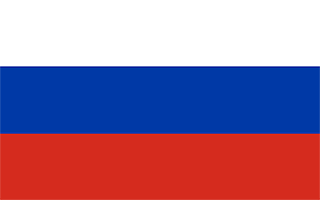 Safety Score: 4,4 of 5.0 based on data from 9 authorites. Meaning please reconsider your need to travel to Russia.

Russia with its capital Moscow is located in Europe (North Asia bordering the Arctic Ocean, extending from Europe (the portion west of the Urals) to the North Pacific Ocean). It covers some 17,098,201 square kilometers (approximately 1.8 times the size of the US) with 142,258,000 citizens. Russian, Tatar, Komi, Chechen, Chuvash and Bashkir are the common languages used in Russia (consider regional differences). Azerbaijan, Belarus, China, Estonia, Finland, Georgia, Kazakhstan, Latvia, Lithuania, Mongolia, North Korea, Norway, Poland and Ukraine are bordering countries.

Russiaofficially known as the Russian Federation — is the world's largest country, spanning Eastern Europe, and northern Asia, sharing land borders with Norway, Finland, Estonia, Latvia, Lithuania, Poland, Belarus, and Ukraine to the west , Georgia (including the disputed regions of Abkhazia and South Ossetia) and Azerbaijan to the southwest, and Kazakhstan, China, Mongolia, North Korea to the east and much of the south. Russia is immense, and extraordinarily long on attractions for visitors, although many lie in the hard-to-reach stretches of the planet's most remote lands. The best known sights are in and around the nation's principal cities of Moscow and Saint Petersburg. Russia's history is the number one reason why tourists come to this country, following the draw of its fascinating, sometimes surreal, oftentimes brutal, and always consequential national saga.

The landscape is broad plain with low hills west of Urals with vast coniferous forest and tundra in Siberia as well as uplands and mountains along southern border regions. The average density of population is about 8 per km². The climate in Russia can be described as ranges from steppes in the south through humid continental in much of European Russiasubarctic in Siberia to tundra climate in the polar north, winters vary from cool along Black Sea coast to frigid in Siberia, summers vary from warm in the steppes to cool along Arctic coast. Potential threats by nature are permafrost over much of Siberia is a major impediment to development, significant volcanic activity on the Kamchatka Peninsula and Kuril Islands; the peninsula alone is home to some 29 historically active volcanoes, with dozens more in the Kuril Islands; Kliuchevskoi (4,835 m), which erupted in 2007 and 2010, is Kamchatka's, spring floods and summer/autumn forest fires throughout Siberia and parts of European Russia, volcanic activity in the Kuril Islands and volcanoes and earthquakes on the Kamchatka Peninsula.

To reach someone Russia dial +7 prior to a number. The local cellular networks are operated on 900 MHz, 1800 MHz, 3G, 4G. Websites typically end with the top level domain ".ru". If you want to bring electric appliances (e.g. battery chaarger), keep in min the local 220 V - 50 Hz (plugs: C, F). The sign for the locally used currency Ruble is RUB.

Founded in the 12th century, the Principality of Muscovy was able to emerge from over 200 years of Mongol domination (13th-15th centuries) and to gradually conquer and absorb surrounding principalities. In the early 17th century, a new ROMANOV Dynasty continued this policy of expansion across Siberia to the Pacific. Under PETER I (ruled 1682-1725), hegemony was extended to the Baltic Sea and the country was renamed the Russian Empire. During the 19th century, more territorial acquisitions were made in Europe and Asia. Defeat in the Russo-Japanese War of 1904-05 contributed to the Revolution of 1905, which resulted in the formation of a parliament and other reforms. Repeated devastating defeats of the Russian army in World War I led to widespread rioting in the major cities of the Russian Empire and to the overthrow in 1917 of the imperial household. The communists under Vladimir LENIN seized power soon after and formed the USSR. The brutal rule of Iosif STALIN (1928-53) strengthened communist rule and Russian dominance of the Soviet Union at a cost of tens of millions of lives. After defeating Germany in World War II as part of an alliance with the US (1939-1945), the USSR expanded its territory and influence in Eastern Europe and emerged as a global power. The USSR was the principal adversary of the US during the Cold War (1947-1991). The Soviet economy and society stagnated in the decades following Stalin’s rule, until General Secretary Mikhail GORBACHEV (1985-91) introduced glasnost (openness) and perestroika (restructuring) in an attempt to modernize communism, but his initiatives inadvertently released forces that by December 1991 splintered the USSR into Russia and 14 other independent republics. Following economic and political turmoil during President Boris YELTSIN's term (1991-99), Russia shifted toward a centralized authoritarian state under the leadership of President Vladimir PUTIN (2000-2008, 2012-present) in which the regime seeks to legitimize its rule through managed elections, populist appeals, a foreign policy focused on enhancing the country's geopolitical influence, and commodity-based economic growth. Russia faces a largely subdued rebel movement in Chechnya and some other surrounding regions, although violence still occurs throughout the North Caucasus.