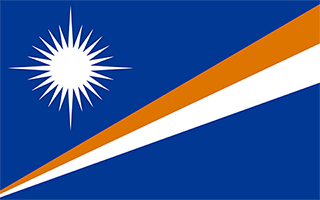 Safety Score: 4,5 of 5.0 based on data from 9 authorites. Meaning please reconsider your need to travel to Marshall Islands.

Taroa in Maloelap Atoll is a town located in Marshall Islands about 112 mi (or 180 km) north of Majuro, the country's capital place.

Time in Taroa is now 10:03 AM (Sunday). The local timezone is named Pacific / Majuro with an UTC offset of 12 hours. We know of 8 airports nearby Taroa. The closest airport in Marshall Islands is Maloelap Island Airport in a distance of 0 mi (or 0 km), South-East. Besides the airports, there are other travel options available (check left side).

Being here already, you might want to pay a visit to some of the following locations: Aur, Wotje, Mejit, Majuro and RMI Capitol. To further explore this place, just scroll down and browse the available info.

Taroa is an island in the east of Maloelap Atoll in the Marshall Islands. During World War II, it was the site of a major Japanese airfield. The airfield was destroyed towards the end of World War II, and wreckage and remnants of the base can still be seen around the island. The island was not resettled by the Marshallese until the 1970s, but is now the atoll's main economic center due to the re-opened airstrip and local copra production.

Taroa Airfield was a major air base approximately three miles long and one mile wide on Maloelap Atoll in the Marshall Islands. The airfield was the most eastern Japanese air base of the Second World War. Heavily bombed during the war, it was a favorite target for bombers from Makin Airfield, Tarawa and Abemama.

Located at 8.70528, 171.231 (Lat. / Lng.), about 0 miles away.
Wikipedia Article
Airports in the Marshall Islands, Military installations of Japan, Maloelap Atoll

Maloelap Airport is a public use airport located on Taroa Island in Maloelap Atoll, Marshall Islands. This airport is assigned the location identifier 3N1 by the FAA and MAV by the IATA.

These are some bigger and more relevant cities in the wider vivinity of Taroa.

These are the most popular locations in Marshall Islands on Tripmondo.