Local time in Howth is now 06:49 PM (Sunday). The local timezone is named Europe / Dublin with an UTC offset of one hour. We know of 8 airports in the vicinity of Howth, of which 3 are larger airports. The closest airport in Ireland is Dublin Airport in a distance of 9 mi (or 14 km), West. Besides the airports, there are other travel options available (check left side).

There is one Unesco world heritage site nearby. It's Brú na Bóinne - Archaeological Ensemble of the Bend of the Boyne in a distance of 30 mi (or 48 km), North-East. Also, if you like golfing, there are a few options in driving distance. We discovered 1 points of interest in the vicinity of this place. Looking for a place to stay? we compiled a list of available hotels close to the map centre further down the page.

When in this area, you might want to pay a visit to some of the following locations: Swords, Dublin, Tallaght, Wicklow and Naas. To further explore this place, just scroll down and browse the available info. 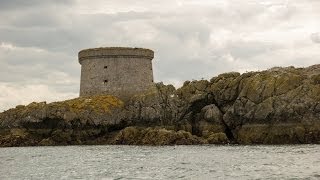 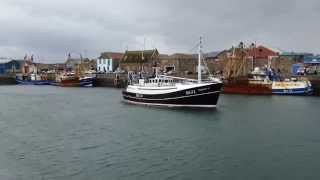 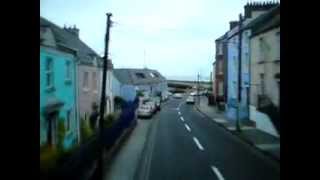 A bus ride in Howth Village, to the north of Dublin. 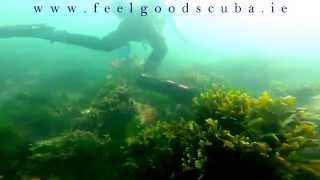 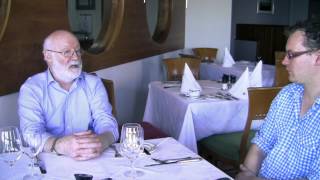 Eoin Lennon heads out to Howth to find out about the history behind the fishing village. Includes interviews with Aidan McManus of King Sitric, Nicky of Nickys Plaice and Simon O'Connell of... 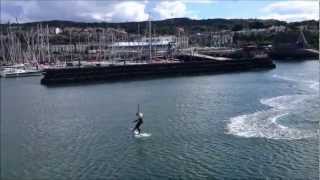 Ross Harte Kiting around Howth harbour in North Country Dublin. He's using a 15m Flysurfer Kite and is in a variable westerly wind. Check our channel for more videos of Ross Harte Camera... 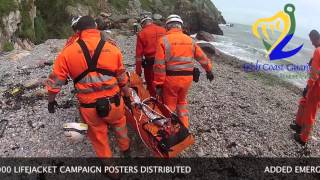 The Irish Coast Guard has recorded its busiest year since its formation, working with the RNLI, CRBI and the other first response agencies; the Coast Guard has been involved with nearly 2000... 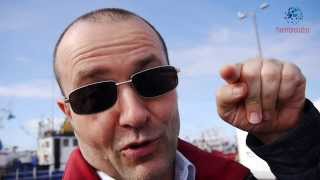 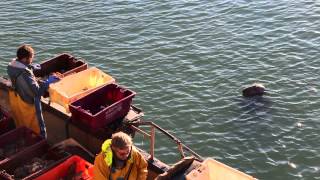 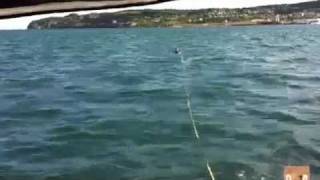 Howth Head (Ceann Binn Éadair in Irish) is a peninsula northeast of Dublin City in Ireland. Howth falls under the local governance of Fingal County Council. Entry to the headland is at Sutton while the village of Howth and the harbour are on the northern shore. Baily Lighthouse is on the southeastern part of Howth Head. Nearby are the districts of Baldoyle and Portmarnock.

Located at 53.3792, -6.07201 (Lat. / Lng.), about 1 miles away.
Wikipedia Article
Howth, Important Bird Areas of the Republic of Ireland, Geography of Fingal, Headlands of County Dublin, Tombolos

Ireland's Eye (Irish: Inis Mac Neasáin) is a small uninhabited island off the coast of County Dublin, Ireland, situated directly north of Howth Harbour. The island is easily reached by regular tourist boats. The island is currently part of the county of Fingal, for administrative purposes, but was at one time part of the city of Dublin.

The Baily Lighthouse is a lighthouse on the southeastern part of Howth Head in Dublin, Ireland. It is maintained by the Commissioners of Irish Lights.

Howth Castle lies close to the village of Howth, Fingal County in Ireland. It is the ancestral home of the line of the St Lawrence family that died out in 1909. From 1425 to 1767 the title had been Lord Howth, holding the area since the Norman invasion of 1180. It is now held by their heirs, the Gaisford St. Lawrence family.

The National Transport Museum of Ireland (Irish: Iarsmalann Náisiunta Iompair na hÉireann) is based in the grounds of Howth Castle in Ireland. The museum is located in the Heritage Depot, Howth Demesne, Howth, Ireland (entry is via gates to Deer Park Hotel). 60 vehicles are currently in Howth on display. The oldest items date from second half of the 19th century, the newest 1984. It features buses, lorries, trucks, fire engines, trams and tractors.

The Ben of Howth is a hilly area on Howth Head, adjacent to the 171 metre high Black Linn, the peninsula's highest point. Lying approximately 1½ km to the south of Howth village, the nearest road is Windgate Road, from which a path leads west past Green Hallows quarry. Two of Howth's other peaks are nearby, Shelmartin or Shielmartin which lies approximately 1 km to the west, and Dun Hill, 0.5 km to the north west.

Shielmartin Hill or Shelmartin (163 metres high) is a peak on Howth Head. From it can be seen Portmarnock, Sutton, Bull Island and the coastal areas behind it, and most of Dublin Bay.

Sutton Park School is an independent or private co-education multi-denominational school located in Sutton at the city side of Howth Head on the Northside of Dublin, Ireland.

Located at 53.3765, -6.09343 (Lat. / Lng.), about 1 miles away.
Wikipedia Article
Sutton, Dublin, Private schools in the Republic of Ireland, Boarding schools in Ireland, Educational institutions established in 1957

These are some bigger and more relevant cities in the wider vivinity of Howth.

This place is known by different names. Here the ones we know:
Хоут, Howth, Binn Éadair, 호스