Kilkenny
in Kilkenny of Leinster, Ireland

Time in Kilkenny is now 05:35 PM (Sunday). The local timezone is named Europe / Dublin with an UTC offset of one hour. We know of 10 airports closer to Kilkenny, of which 5 are larger airports. The closest airport in Ireland is Kilkenny Airport in a distance of 2 mi (or 3 km), West. Besides the airports, there are other travel options available (check left side).

There is one Unesco world heritage site nearby. It's Brú na Bóinne - Archaeological Ensemble of the Bend of the Boyne in a distance of 101 mi (or 162 km), North-East. In need of a room? We compiled a list of available hotels close to the map centre further down the page.

Since you are here already, you might want to pay a visit to some of the following locations: Carlow, Portlaoise, Waterford, Cluain Meala and Tullamore. To further explore this place, just scroll down and browse the available info. 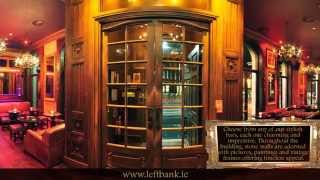 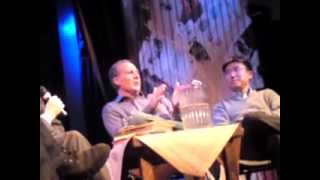 Peter Schiff sits on a panel with economists, journalists and intellectuals at the Kilkenomics economics festival Ireland. Apologies for cutting vids, but didn't have enough memory for all... 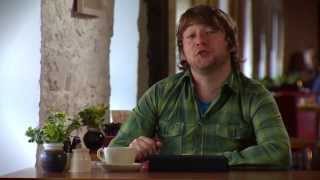 This video was produced for Kilkenny Tourism to help promote the city and it's attractions. Blind Faith Productions were commissioned to work closely with KK Tourism and New market Consulting... 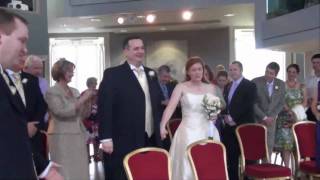 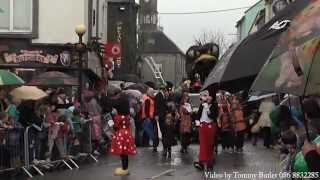 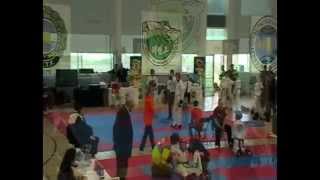 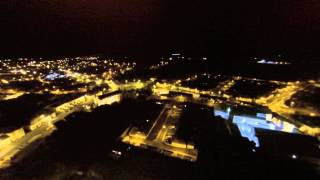 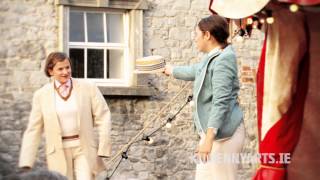 The Taming Of The Shrew at Kilkenny Arts Festival

In 2012, we landed the first Irish production by Shakespeare's Globe Theatre, and we've got them back for 2013, this year for The Taming Of The Shrew under the skies at the Castle Yard. Two... 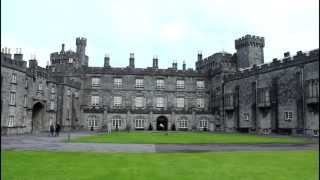 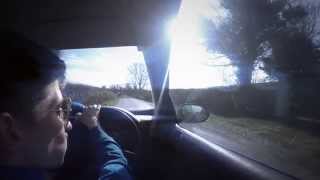 A weekend of water sports in Co. Kilkenny Ireland.

Kilkenny Castle (Irish: Caisleán Chill Chainnigh) is a castle in Kilkenny, Ireland built in 1195 by William Marshal, 1st Earl of Pembroke to control a fording-point of the River Nore and the junction of several routeways. It was a symbol of Norman occupation and in its original thirteenth-century condition it would have formed an important element of the defences of the town with four large circular corner towers and a massive ditch, part of which can still be seen today on the Parade.

James Stephens is a Gaelic Athletic Association club located in Kilkenny, Ireland. The club was founded in 1887 and has enjoyed equal success in both hurling and Gaelic football.

Rothe House, is a unique Irish 17th century merchant’s townhouse complex located in the city of Kilkenny, Ireland. The complex was built by John Rothe Fitz-Piers between 1594-1610 and is made up of three houses, three enclosed courtyards, and a large reconstructed garden with orchard. Rothe House is considered to be nationally significant because of the wide range of original post-medieval features which survive in good condition in Ireland.

Kilkenny railway station (MacDonagh Station), (Irish: Stáisiún Mhic Donncha) serves the city of Kilkenny in County Kilkenny. It is a station on the Dublin to Waterford intercity route. It was given the name MacDonagh on 10 April 1966 in commemoration of Thomas MacDonagh, one of the executed leaders of the Easter Rising of 1916. It is on a short spur off the main railway line, from the Lavistown Loop Line, a distance of approximately 4.5 km.

St. Mary’s is the Roman Catholic cathedral for the Diocese of Ossory. It is situated on James’s Street, Kilkenny, County Kilkenny, Ireland. Kilkenny also has a second cathedral, Saint Canice’s which is Church of Ireland. Saint Mary’s was designed by William Deane Butler (c.1794-1857). He was chosen by Bishop William Kinsella (1793-1845) who instigated the building of St. Mary’s in February 1842. Work began in April 1843 and finished in 1857, which included the period of the Irish famine.

The Tholsel, High Street, Kilkenny, Ireland was built in 1579/82 and extended in 1761 by Alderman William Colles (b.1702). It was built as place for collecting tolls, but has also been used as customs house, a courthouse and a guild hall. It is used today as the town hall, and that’s the name that many local people would know the building by. A key feature of the building is the open arcade on the ground floor which straddles the pavement.

St Canice's Cathedral, also known as Kilkenny Cathedral, is a cathedral of the Church of Ireland in Kilkenny city, Ireland. It is in the ecclesiastical province of Dublin. Previously the cathedral of the Diocese of Ossory, it is now one of six cathedrals in the United Dioceses of Cashel and Ossory.

Cartoon Saloon is an Irish company which provides illustration, design, animation, film and TV services. The company is based in Kilkenny City. The company developed the successful cartoon series Skunk Fu!. Skunk Fu was nominated for a BAFTA Children's Award in October 2008. The company has also developed the animated film The Secret of Kells. The film features the voice of Brendan Gleeson and is set in the 9th century AD when the Book of Kells was written.

Located at 52.653, -7.25584 (Lat. / Lng.), about 0 miles away.
Wikipedia Article, Homepage
Animation studios, Entertainment companies of Ireland, Companies of the Republic of Ireland

O'Loughlin Gaels is a Gaelic Athletic Association club situated in the St. John’s parish of Kilkenny city, County Kilkenny, Ireland. The club was founded in 1969, replacing the St. John’s Hurling Club that started back in 1887. O'Loughlin Gaels are one of the most successful Kilkenny clubs of the new millennium, winning county titles in 2001 and 2003. In 2003, they went on to claim their first Leinster senior title.

The Church of Saint John the Evangelist, or John's Church, is a Gothic Revival style church in Kilkenny, Ireland. The Church was built from 1903 to 1908 on the site of an earlier church located in the graveyard. The grounds contain a trees and greenery.

Located at 52.6542, -7.24613 (Lat. / Lng.), about 0 miles away.
Wikipedia Article
Churches in County Kilkenny, Church of Ireland Parishes and Churches in the Republic of Ireland

These are some bigger and more relevant cities in the wider vivinity of Kilkenny.