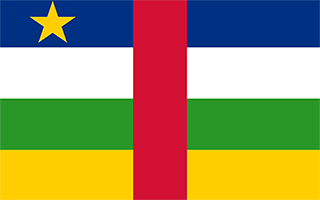 Safety Score: 5,0 of 5.0 based on data from 9 authorites. Meaning it is not safe to travel Central African Republic. 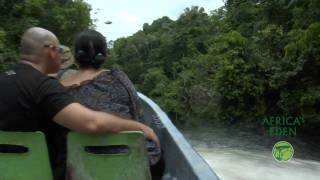 Due to increasing rebel activity, travel here is strongly discouraged! Travel outside Bangui is strongly discouraged, including all land routes from Cameroon.
The Central African Republic is at the geographic center of Africa. The climate is generally tropical. The northern areas are subject to harmattan winds, which are hot, dry, and carry dust. The northern regions have been subject to desertification, and the northeast is desert. The remainder of the country is prone to flooding from nearby rivers. The main language is French with a dialect called Central African French.

The landscape is vast, flat to rolling plateau and scattered hills in northeast and southwest. The average density of population is about 9 per km². The climate in Central African Republic can be described as tropicalhot, dry winters, mild to hot, wet summers. Potential threats by nature are floods are common hot, dry, dusty harmattan winds affect northern areas

To reach someone Central African Republic dial +236 prior to a number. The local cellular networks are operated on 900 MHz, 1800 MHz, 4G. Websites typically end with the top level domain ".cf". If you want to bring electric appliances (e.g. battery chaarger), keep in min the local 220 V - 50 Hz (plugs: C, E). The sign for the locally used currency Franc is XAF.

Four equal horizontal bands of blue (top), white, green, and yellow with a vertical red band in center; a yellow five-pointed star to the hoist side of the blue band; banner combines the Pan-African and French flag colors; red symbolizes the blood spilled in the struggle for independence, blue represents the sky and freedom, white peace and dignity, green hope and faith, and yellow tolerance; the star represents aspiration towards a vibrant future.

The former French colony of Ubangi-Shari became the Central African Republic upon independence in 1960. After three tumultuous decades of misrule - mostly by military governments - civilian rule was established in 1993 but lasted only a decade. In March 2003, President Ange-Felix PATASSE was deposed in a military coup led by General Francois BOZIZE, who established a transitional government. Elections held in 2005 affirmed General BOZIZE as president; he was reelected in 2011 in voting widely viewed as flawed. The government still lacks full control of the countryside, where lawlessness persists. Several rebel groups joined together in early December 2012 to launch a series of attacks that left them in control of numerous towns in the northern and central parts of the country. The rebels - unhappy with BOZIZE's government - participated in peace talks in early January 2013 which resulted in a coalition government including the rebellion's leadership. In March 2013, the coalition government dissolved, rebels seized the capital, and President BOZIZE fled the country. Rebel leader Michel DJOTODIA assumed the presidency and the following month established a National Transitional Council (CNT). In January 2014, the CNT elected Catherine SAMBA-PANZA as interim president. Elections completed in March 2016 installed independent candidate Faustin-Archange TOUADERA as president; he continues to work towards peace between the government and armed groups, and is developing a disarmament, demobilization, reintegration, and repatriation (DDRR) program to reintegrate the armed groups into society.