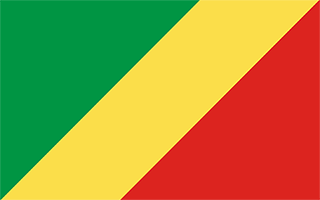 Republic of the Congo
Country Guide

Republic of the Congo
in Middle Africa
Africa

Safety Score: 2,7 of 5.0 based on data from 9 authorites. Meaning we advice caution when travelling to Republic of the Congo.

Explore Republic of the Congo

The Republic of the Congo is in Central Africa. The country is also known as Congo-Brazzaville to distinguish it from its giant eastern neighbour, the Democratic Republic of the Congo (Congo-Kinshasa). Visas are not available on arrival, and showing up without one can cause many things you will want to avoid at all costs (fines, passport confiscation, etc.). It's safe to drive in the Republic of the Congo. Beyond Oyo, the roads get very bumpy and are totally impassable in the rain. It is also very hard to get a rental car you drive yourself. The Central African CFA Franc is the official local currency. The U.S. dollar is not widely accepted. Currently, the exchange rate is 530 CFA to the U.S. dollar, but fluctuates daily. All business is conducted in cash. Small change is very scarce and hard to come by. Do not accept torn or taped banknotes. In Brazzaville, petty street crime targeting foreigners is rare. However, muggings and pick pocketing do happen frequently near the ports in Pointe Noire and Brazzaville. The likelihood of getting malaria is very high if effective preventative medication is not taken. White travelers should take care while travelling in the Republic. Racial tension and discrimination is not uncommon here, so be safe and keep to yourself.

Popular Destinations in Republic of the Congo

Administrative regions of Republic of the Congo

The landscape is coastal plain, southern basin, central plateau, northern basin. The average density of population is about 14 per km². The climate in Republic of the Congo can be described as tropicalrainy season (March to June), dry season (June to October), persistent high temperatures and humidity, particularly enervating climate astride the Equator. Potential threats by nature are seasonal flooding.

To reach someone Republic of the Congo dial +242 prior to a number. The local cellular networks are operated on 900 MHz, 1800 MHz, 3G. Websites typically end with the top level domain ".cg". If you want to bring electric appliances (e.g. battery chaarger), keep in min the local 230 V - 50 Hz (plugs: C, E). The sign for the locally used currency Franc is XAF.

Divided diagonally from the lower hoist side by a yellow band; the upper triangle (hoist side) is green and the lower triangle is red; green symbolizes agriculture and forests, yellow the friendship and nobility of the people, red is unexplained but has been associated with the struggle for independence.

Upon independence in 1960, the former French region of Middle Congo became the Republic of the Congo. A quarter century of experimentation with Marxism was abandoned in 1990 and a democratically elected government took office in 1992. A brief civil war in 1997 restored former Marxist President Denis SASSOU-Nguesso, and ushered in a period of ethnic and political unrest. Southern-based rebel groups agreed to a final peace accord in March 2003. The Republic of Congo is one of Africa's largest petroleum producers, but with declining production it will need new offshore oil finds to sustain its oil earnings over the long term.