Safety Score: 3,0 of 5.0 based on data from 9 authorites. Meaning we advice caution when travelling to Cambodia.

Phnom Penh in Phnom Penh with it's 1,573,544 habitants is located in Cambodia. It's the capital of this country.

Current time in Phnom Penh is now 12:42 PM (Monday). The local timezone is named Asia / Phnom Penh with an UTC offset of 7 hours. We know of 9 airports close to Phnom Penh, of which 3 are larger airports. The closest airport in Cambodia is Phnom Penh International Airport in a distance of 5 mi (or 8 km), West. Besides the airports, there are other travel options available (check left side).

While being here, you might want to pay a visit to some of the following locations: Mean Chey, Dangkao, Ruessei Kaev, Ta Khmau and Ponhea Lueu. To further explore this place, just scroll down and browse the available info. 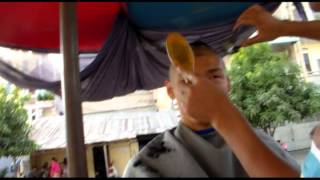 Dusty street, ghetto barber throne, trash everywhere, filthiest equipment ever in the history of ever. It was an interesting experience. 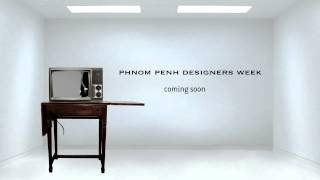 A new creative platform for local and cambodia based designers to showcase their designs. 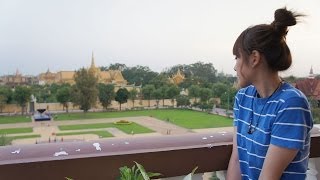 Our next adventure - Cambodia! Started from Phnom Penh! The hotel we stayed in Phnom Penh: Noura Motel ... 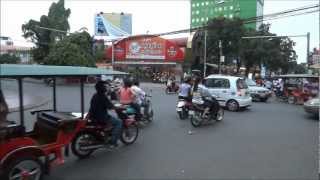 The traffic in Phnom Penh is pretty full on. Here are a few bits of video we recorded during our recent visit. http://magictravelblog.com.

Facebook: http://www.facebook.com/ibackpackertravel Whilst backpacking around Southeast Asia, we went to a Phnom Penh Shooting Range called Thunder Ranch in Cambodia. I can't find much info. 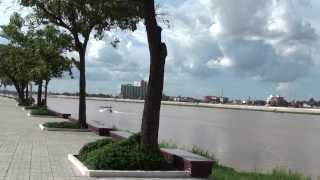 WestIslandKev: July 11, 2013 - Phnom Penh, Cambodia. Welcome to Cambodia! I departed Montreal May 28, 2013 travelling to Cambodia and filming my journey. Here I share the flight videos as... 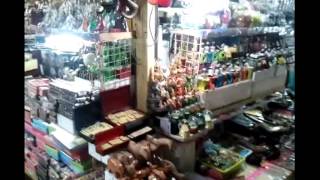 The last video from my trip to Cambodia which was taken in the morning of our last day. This time we visited another market in Phnom Penh, known to the locals as Toul Tom Poung Market or more... 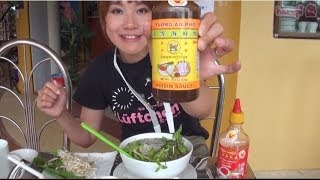 Golden Sorya Mall and around there. 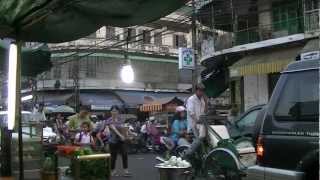 Phnom Penh is the capital and largest city of Cambodia. Located on the banks of the Mekong River, Phnom Penh has been the national capital since French colonization of Cambodia, and has grown to become the nation's center of economic and industrial activities, as well as the center of security, politics, cultural heritage, and diplomacy of Cambodia. Once known as the "Pearl of Asia", it was considered one of the loveliest French-built cities in Indochina in the 1920s.

The Tuol Sleng Genocide Museum is a museum in Phnom Penh, the capital of Cambodia. The site is a former high school which was used as the notorious Security Prison 21 (S-21) by the Khmer Rouge regime from its rise to power in 1975 to its fall in 1979. Tuol Sleng means "Hill of the Poisonous Trees" or "Strychnine Hill". Tuol Sleng was only one of at least 150 execution centers in the country, and as many as 20,000 prisoners there were killed.

Chenla is the Chinese designation for Cambodia after the fall of Funan. That name was still used in the 13th century by the Chinese envoy Zhou Daguan, author of The Manners and Customs of Cambodia 風土記 . Some modern scholars used the name exclusively for Khmer states of the period from the late 6th to the early 9th centuries. The beginnings of the so-called "Dang­­rek Chieftains" small chiefdoms north and south of the Dangrek Mountains are obscure.

The Olympic Stadium or National Sports Complex is a multi-purpose stadium in Phnom Penh, Cambodia. It has a capacity of 50,000 seats, but can expand up to 80,000.

Sorya Shopping Center is the largest modern shopping complex in Phnom Penh, Cambodia. With an area of 40,000 square metres, it has eight storeys containing shops catering to the various needs of customers. For the clients' comfort, it is facilitated with a central air conditioning system, passenger lifts and escalators. Each day, the number of people visiting the Centre is rapidly increasing.

Phnom Penh Royal Railway Station, is a major railway station in Phnom Penh, Cambodia. It is located next University of Health Science and the National University of Management and the Canadian embassy.

Wat Moha Montrey is a wat located on Sihanouk Boulevard in Phnom Penh, Cambodia. Built in 1970, it was used by the Khmer Rouge between 1975 and 1979 as a storage house for rice and corn. The tower measures 35 metres in height.

Wat Saravan is a wat in Phnom Penh, Cambodia. It is located to the northwest of the Royal Palace of Cambodia and southwest of Wat Ounalom. It is said to have over 3,400 manuscripts in what has been described as the largest library in the country.

The Central Market (Khmer: ផ្សារធំថ្មី, "Psah Thom Thmey", "New Grand Market"), is a large market constructed in 1937 in the shape of a dome with four arms branching out into vast hallways with countless stalls of goods. It is located in Cambodia's capital city, Phnom Penh. When it first opened in 1937, it was said to be the biggest market in Asia; today it still operates as a market. From 2009 to 2011, it underwent a US$4.2 million renovation funded by the French Development Agency.

The Cambodia Securities Exchange (CSX) is the national stock exchange of Cambodia. The exchange's purpose is to achieve high economic growth by facilitating flows of capital, investment, and reallocation of capital based on capital market mechanisms. The exchange is headquartered in the Canadia Tower, in Cambodia's capital city, Phnom Penh.

Notre Dame Cathedral, also known as the Cathedral of Phnom Penh, was a 19th century French Gothic revival church that served as the cathedral of the Apostolic Vicariate of Phnom Penh. It was located in the Russei Keo District of the city on Monivong Boulevard. The construction of the cathedral began in the 19th century and was overseen by the French colonial government in Cambodia. The architectural style has been described as resembling Reims Cathedral.

Located at 11.5752, 104.917 (Lat. / Lng.), about 1 miles away.
Wikipedia Article
Buildings and structures demolished in 1975, Cathedrals in Asia, Churches in Cambodia, Churches in Phnom Penh, Destroyed churches

These districts belong to Phnom Penh.

These are some bigger and more relevant cities in the wider vivinity of Phnom Penh.