Safety Score: 3,8 of 5.0 based on data from 9 authorites. Meaning please reconsider your need to travel to Cambodia.

Mean Chey in Phnom Penh is a city in Cambodia a little south-east of Phnom Penh, the country's capital city.

Local time in Mean Chey is now 07:22 PM (Thursday). The local timezone is named Asia / Phnom Penh with an UTC offset of 7 hours. We know of 9 airports in the vicinity of Mean Chey, of which 3 are larger airports. The closest airport in Cambodia is Phnom Penh International Airport in a distance of 6 mi (or 10 km), West. Besides the airports, there are other travel options available (check left side).

When in this area, you might want to pay a visit to some of the following locations: Phnom Penh, Ta Khmau, Dangkao, Ta Khmau and Ruessei Kaev. To further explore this place, just scroll down and browse the available info. 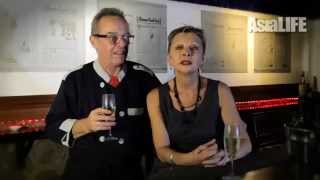 A hidden gem, with eclectic food in an urbane environment. This small restaurant and bar owned by the former owners of Talkin To A Stranger offers small plates of food for sharing. Using imported... 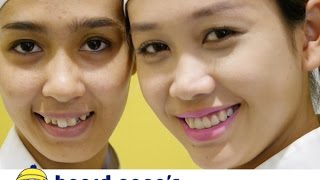 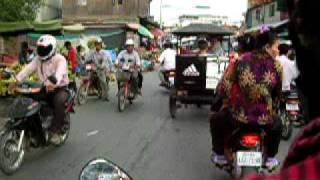 Lanes don't matter, people pull out in front of cars without looking, intersections are full of cars and bikes coming from all directions. That's traffic in a major SE Asian city. 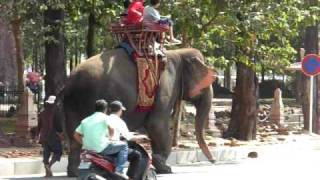 Elefantridning i Phnom Penh - Compared to the tuk-tuk the elephant is slow and swaying. 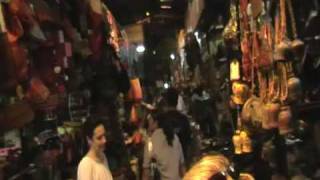 Tuol Tom Pong or also known as "the Russian Market" in Pnom Penh is a large maize with stalls selling everything from clothes to fake brand watches, from artefact souvenirs to crammars (the... 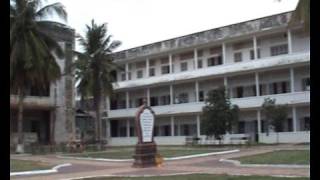 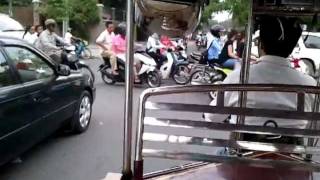 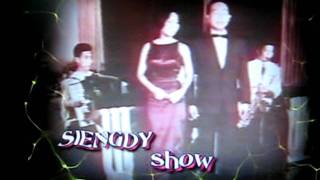 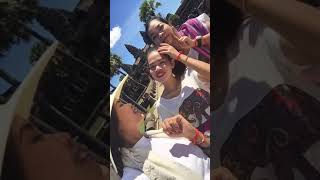 The International School of Phnom Penh (ISPP) is an international school in Phnom Penh, Cambodia. It is a private, non-profit, English language, coeducational day school that offers an educational program from preschool (2.5 years old) through grade 12. The school was founded in 1989. At the beginning of the 2012-2013 school year, enrollment is 618 students, representing 40 countries.

The Independence Monument in Phnom Penh, capital of Cambodia, was built in 1958 for Cambodia's independence from France in 1953. It stands on the intersection of Norodom Boulevard and Sihanouk Boulevard in the centre of the city. It is in the form of a lotus-shaped stupa, of the style seen at the great Khmer temple at Angkor Wat and other Khmer historical sites. The Independence Monument was designed by the influential Cambodian modern architect Vann Molyvann.

Operation Eagle Pull was the U.S. evacuation by air of Phnom Penh, Cambodia, on 12 April, 1975. At the beginning of April 1975, Phnom Penh, the last remaining stronghold of the Khmer Republic, was surrounded by the Khmer Rouge and totally dependent on aerial resupply through Pochentong Airport. With a Khmer Rouge victory imminent, the United States made contingency plans for the evacuation of US nationals and at-risk Cambodians by helicopter to ships in the Gulf of Thailand.

Norton University (Khmer: សាកលវិទ្យាល័យ ន័រតុន, NU) is a private university in Cambodia registered with the Ministry of Education, Youth and Sport. It was established in 1996. The University was one of the first private Cambodian educational institutions. In 2006, Tom Chandler, a 3-D modeling specialist from Monash University in Melbourne was invited to Norton as a senior visiting fellow.

Phnom Penh Commercial Bank (PPCB) is a public bank of Cambodia. The Bank was founded on 1 September 2008 with US$15m in paid in capital. The Head Office of the bank is located on Monivong Boulevard in Phnom Penh. The bank is a joint venture of Hyundai Swiss Savings Bank of South Korea, and SBI Group of Japan. The SBI Group has invested $6 million for a 40% interest in the new Cambodian bank while Hyundai Swiss Savings Bank has invested $8.55 million for a 57% stake.

The Phnom Penh stampede occurred on 22 November 2010 when 347 people were killed in a human stampede during the Khmer Water Festival celebrations in the Cambodian capital, Phnom Penh.

The University of Cambodia (UC), founded 23 June 2003, is located on Northbridge Road in Sangkat Toek Thla, Phnom Penh, Kingdom of Cambodia. Kao Kim Hourn, the university president, as well as Secretary of State, Ministry of Foreign Affairs and International Cooperation of Cambodia and an Adviser to Prime Minister Hun Sen, founded the school after his return to Cambodia from the US. The school uses the American, credit-based system as a model and the programs are taught in the English language.

These are some bigger and more relevant cities in the wider vivinity of Mean Chey.

This place is known by different names. Here the ones we know:
Mean Chey