Safety Score: 3,0 of 5.0 based on data from 9 authorites. Meaning we advice caution when travelling to Bhutan.

Jakar in Bumthang Dzongkhag with it's 4,829 inhabitants is a city in Bhutan about 68 mi (or 110 km) east of Thimphu, the country's capital.

Local time in Jakar is now 03:39 AM (Sunday). The local timezone is named Asia / Thimphu with an UTC offset of 6 hours. We know of 8 airports in the vicinity of Jakar. The closest airport in Bhutan is Paro Airport in a distance of 82 mi (or 132 km), West. Besides the airports, there are other travel options available (check left side).

There is one Unesco world heritage site nearby. The closest heritage site is Manas Wildlife Sanctuary in India at a distance of 59 mi (or 96 km).

Depending on your travel schedule, you might want to pay a visit to some of the following locations: Trongsa, Shemgang, Lhuentse, Mongar and Trashi Yangtse. To further explore this place, just scroll down and browse the available info. 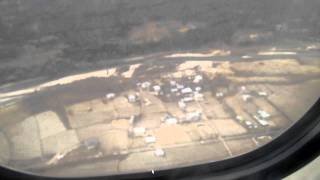 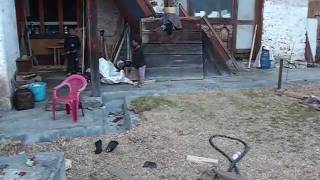 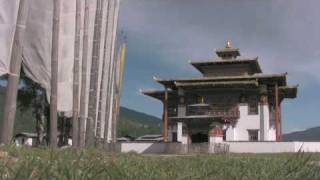 A short clip from the Kurjey Lhakang complex north of Jakar in the district of Bumthang, Bhutan. 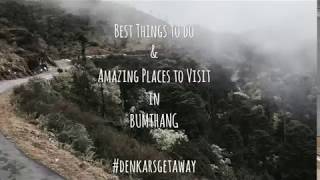 BEST LOCAL TRAVEL BLOG: Things to Do & Places to Visit in BUMTHANG 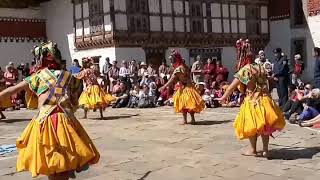 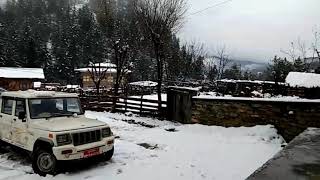 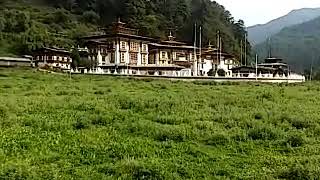 Jakar is a town in the central-eastern region of Bhutan. It is the district capital of Bumthang District and the location of Jakar Dzong, the regional dzong fortress. The name Jakar roughly translates as "white bird" in reference to its foundation myth, according to which a roosting white bird signaled the proper and auspicious location to found a monastery around 1549.

Bumthang Valley is the main inhabited valley in the Bumthang district of Bhutan. The main town in the valley is Jakar. Bhutan's only brewery, brewing Red Panda wheat beer, is in Jakar. Bumthang is divided into four gewogs, namely Chhoekhor, Tang, Chhume and Ura. The valley is broad with various habitats including coniferous woodland.

Zugne is a village in Bumthang District in central Bhutan, located south of Jakar and east of Gyetsa on the Chume River in the Chume Valley. The village is noted for its weavers with scarves tied to their heads in the Bumthang style. They weave woolen yatras on pedal looms and also make belts. It has two notable workshops along the main road, the Thogmela and the Khampa Gonpo which make brightly colored textiles.

Lamay Monastery or Lamay Gonpa is a Buddhist palace in Bumthang, Bhutan. It is located four kilometers (two and a half miles) above the Jakar Dzong and was built by the Trongsa Penlop, Sonam Drugel, the great-grandfather of King Ugyen Wangchuck in the 19th century. Wangchuck restored the building and it was used as the residence of his two daughters. The palace’s main tower was destroyed due to structural problems. Today the building houses the Forestry Institute.

Lhodrakarchu Monastery is a Buddhist monastery in Bumthang District in central Bhutan. The monastery overlooks Jakar Dzong and the town of Jakar. The monastery is a recent construction, and began being built in the 1990s in the traditional Dzong architectural style following funding from international and Bhutanese donors. As of 2006 the monastery was still not entirely completed. Nevertheless the monastery is home to about 250 monks, many of them children and young adults.

Bathpalathang Airport is a domestic Bhutanese airport in Jakar (Bjakar), Bumthang District. It began operations on 17 December 2011 with flights to Paro.

These are some bigger and more relevant cities in the wider vivinity of Jakar.