Allada in Atlantique Department with it's 20,094 habitants is located in Benin about 33 mi (or 53 km) west of Porto-Novo, the country's capital town.

Current time in Allada is now 11:06 PM (Wednesday). The local timezone is named Africa / Porto-Novo with an UTC offset of one hour. We know of 8 airports close to Allada, of which two are larger airports. The closest airport in Benin is Cadjehoun Airport in a distance of 27 mi (or 43 km), South-East. Besides the airports, there are other travel options available (check left side).

There are several Unesco world heritage sites nearby. The closest heritage site in Benin is Royal Palaces of Abomey in a distance of 38 mi (or 60 km), North.

While being here, you might want to pay a visit to some of the following locations: Ouidah, Houinvigue, Dogbo, Cotonou and Lokossa. To further explore this place, just scroll down and browse the available info. 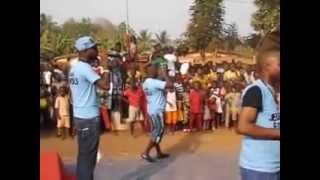 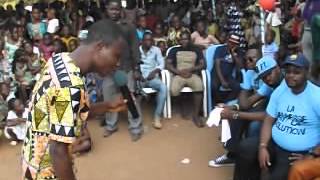 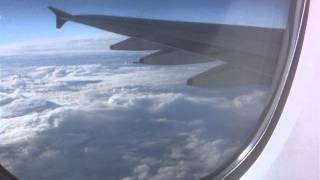 Allada is a town, arrondissement, and commune located in the Atlantique Department of Benin. Allada was the capital of the most powerful king in Ajaland before it fell to the armies of Dahomey. The commune covers an area of 381 square kilometres and as of 2002 had a population of 91,778 people.

Located at 6.65, 2.15 (Lat. / Lng.), about 1 miles away.
Wikipedia Article, Homepage
Communes of Benin, Populated places in the Atlantique Department, Arrondissements of Benin

Ahouannonzoun is a town and arrondissement in the Atlantique Department of southern Benin. It is an administrative division under the jurisdiction of the commune of Allada. According to the population census conducted by the Institut National de la Statistique Benin on February 15, 2002, the arrondissement had a total population of 9,131.

Located at 6.66222, 2.11972 (Lat. / Lng.), about 2 miles away.
Wikipedia Article
Populated places in the Atlantique Department, Arrondissements of Benin

These are some bigger and more relevant cities in the wider vivinity of Allada.

This place is known by different names. Here the ones we know:
Allada