Current time in Seattle is now 09:10 PM (Sunday). The local timezone is named America / Los Angeles with an UTC offset of -7 hours. We know of 9 airports near Seattle, of which 3 are larger airports. The closest airport in United States is Boeing Field King County International Airport in a distance of 5 mi (or 9 km), South. Besides the airports, there are other travel options available (check left side).

There is one Unesco world heritage site nearby. It's Olympic National Park in a distance of 14 mi (or 23 km), North-West. Also, if you like playing golf, there are a few options in driving distance. We encountered 10 points of interest in the vicinity of this place. If you need a hotel, we compiled a list of available hotels close to the map centre further down the page.

While being here, you might want to pay a visit to some of the following locations: Port Orchard, Tacoma, Everett, Port Townsend and Coupeville. To further explore this place, just scroll down and browse the available info.

The Arctic Club Seattle - a DoubleTree by Hilton 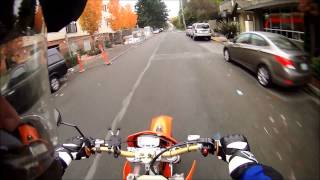 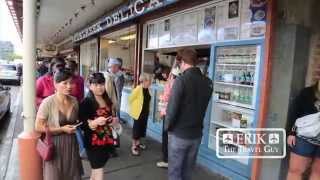 Seattle is one of the "greenest" cities in North America. In this video, Erik The Travel Guy explores some of his favorite spots. Please share this video with your friends, subscribe to my...

Just a few segments of the trip from Car 8 (coach class) on the "Mt. Bachelor". This trainset was just put into service in early January 2014, and it was incredibly new and modern. Sure,... 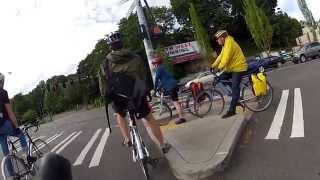 Come along on my commute to work. 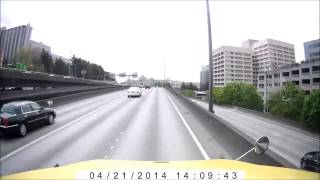 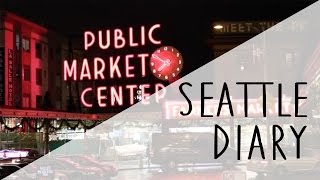 Mat and I went on a mini road trip to Seattle for our anniversary. We visited some awesome places and ate ahh-mazing food. Where we ate? Seatown Pie La Panier Beecher's Japonessa Solsticia... 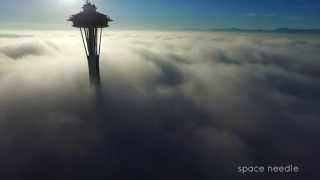 Check out the last days of Winter 2015 in Seattle. Some gorgeous shots from our Inspire 1. 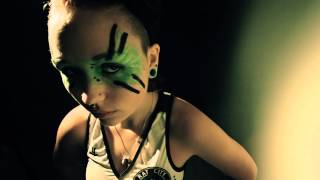 Rat City Rollergirls | For the Love of Derby

For ten seasons, the Rat City Rollergirls has been Seattle Washington's premiere, all-female, flat-track roller derby league. You may have seen our ladies take the track, but the heart, drive,... 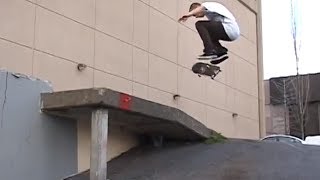 Shredding from a good friends skate video. Filmed in Seattle Washington. New part coming soon stay tuned. Subscribe to my channel and listen to my beats, Thanks for the support, Peace. IG:... 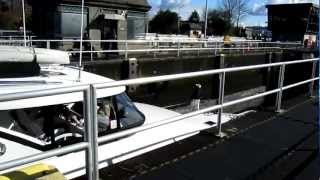 Cray Inc. is an American supercomputer manufacturer based in Seattle, Washington. The company's predecessor, Cray Research, Inc. (CRI), was founded in 1972 by computer designer Seymour Cray. Seymour Cray went on to form the spin-off Cray Computer Corporation (CCC), in 1989, which went bankrupt in 1995, while Cray Research was bought by SGI the next year. Cray Inc. was formed in 2000 when Tera Computer Company purchased the Cray Research Inc.

Located at 47.606, -122.335 (Lat. / Lng.), about 0 miles away.
Wikipedia Article, Homepage
Companies listed on NASDAQ, Companies based in Seattle, Washington, Companies established in 1979, Logistics companies of the United States

The Seattle Public Library's Central Library is the flagship library of The Seattle Public Library system. The 11-story (185 feet or 56 meters high) glass and steel building in downtown Seattle, Washington was opened to the public on Sunday, May 23, 2004. Rem Koolhaas and Joshua Prince-Ramus of OMA/LMN were the principal architects, Magnusson Klemencic Associates was the structural engineer, and Hoffman Construction Company of Portland, Oregon, was the general contractor.

The Seattle Public Library (SPL) is the public library system serving Seattle, Washington, USA. It was officially established by the city in 1890, though there had been efforts to start a Seattle library as early as 1868. There are 26 branches in the system, most of them named after the neighborhoods in which they are located. Also included are Mobile Services and the Central Library (opened 2004, designed by Rem Koolhaas).

The Executive Pacific Plaza Hotel is located in downtown Seattle, Washington. It is located across the street from the Seattle Public Library.

The Great Northern Tunnel is a 1-mile double tracked railway tunnel under downtown Seattle, Washington, completed by the Great Northern Railway in 1905, and now owned by the BNSF Railway, on its Scenic Subdivision. At the time it was built, it was the highest and widest tunnel in the United States at 28 feet high and 30 feet wide. The southern portal is just north of King Street Station, the northern in Victor Steinbrueck Park, below the Alaskan Way Viaduct, between Virginia and Pine Streets.

1111 Third Avenue is a 454 ft tall skyscraper in Seattle, Washington. It was completed in 1980 and has 34 floors. As of 2012 it is the 20th tallest building in Seattle, and is operated by Talon Portfolio Services, LLC. It has an award-winning outdoor landscaped area with seating and tables accented by bronze statues by sculptor Robert Graham, and floor to ceiling windows.

The Seattle Civic Square is a proposed 520-foot tall, 43-story skyscraper in Seattle, Washington, that was approved by the city in 2009. The building will include space for retail, offices, and residences. The development will also include a 30,000 square feet public plaza. The site has been vacant since the previous structure, the Public Safety Building, was demolished in 2005. As of November 2012, the Civic Square project is on hold as the developers search for financing or a tenant.

Forterra (formerly Cascade Land Conservancy), based in Seattle, Washington, US, is the state of Washington’s largest land conservation, stewardship and community building organization dedicated solely to the region. The Cascade Land Conservancy is a non-profit, 501(c)(3) organization governed by a Board of Directors. Currently, Forterra operates in multiple counties. Principal offices are in Seattle, Ellensburg, and Tacoma.

The William Kenzo Nakamura United States Courthouse is a courthouse primarily used by the United States Court of Appeals for the Ninth Circuit located in Seattle, Washington. Built in 1940, it was renamed for Congressional Medal of Honor recipient William K. Nakamura in 2001. It is located at 1010 Fifth Avenue.

Daniels Recital Hall, formerly the First Methodist Episcopal Church, is a preserved church sanctuary that has been re-purposed into a recital hall. It was built in 1908 on the northeast corner of Fifth Avenue and Marion Street in Seattle, Washington, United States. The recital hall opened in 2009 hosting concerts that use the already existing church acoustics. The hall is owned by Nitze-Stagen & Co. who saved it in a deal that was met with the First Methodist Episcopal Church.

These districts belong to Seattle.

These are some bigger and more relevant cities in the wider vivinity of Seattle.