Njeru in Buikwe District (Central Region) with it's 61,952 citizens is a city in Uganda about 42 mi (or 68 km) east of Kampala, the country's capital city.

Local time in Njeru is now 09:41 PM (Sunday). The local timezone is named Africa / Kampala with an UTC offset of 3 hours. We know of 8 airports in the vicinity of Njeru. The closest airport in Uganda is Jinja Airport in a distance of 2 mi (or 2 km), East. Besides the airports, there are other travel options available (check left side).

There is one Unesco world heritage site nearby. It's Tombs of Buganda Kings at Kasubi in a distance of 44 mi (or 71 km), West.

When in this area, you might want to pay a visit to some of the following locations: Jinja, Buikwe, Kitamilo, Luuka Town and Mayuge. To further explore this place, just scroll down and browse the available info. 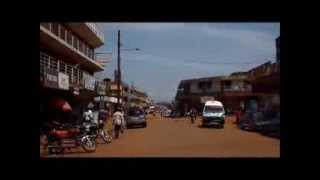 Bits of life in Jinja, Uganda

Clips of life in and around Jinja, Uganda during my time there in 2013. 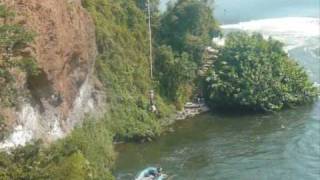 Visit my travel blog at www.gethappytour.com A few of our group Bungee Jumping over the River Nile at the Adrift campsite near Jinja, Uganda, on September 4th 2009. We stayed at Adrift as... 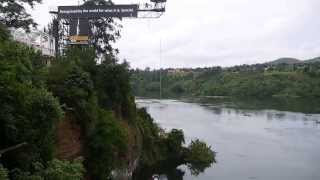 Me doing the Bungee Jump in Jinja, Uganda. More details can be found here: http://www.kikijourney.com/the-bungee-experience/. 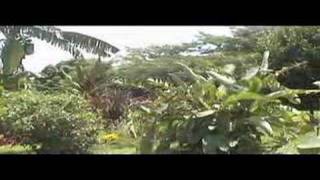 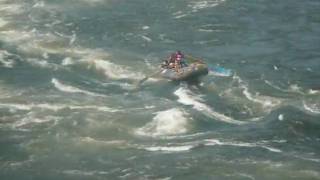 Visit my travel blog at www.gethappytour.com We stayed at Adrift in Jinja, Uganda, for a couple of days in September 2009 on a trip with Dragoman Overland. While we were there some of the... 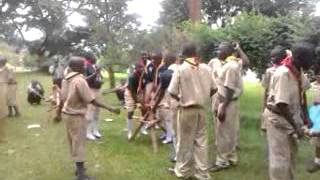 during the district competitions held at BP CAMPING SITE in jinja scouts to make a seesaw using locally available material. 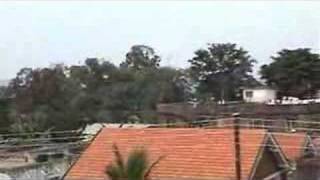 I'm not a video artist, but if you ever wondered what Jinja, Uganda looked like from the rooftop of a hotel, this is the video for you! 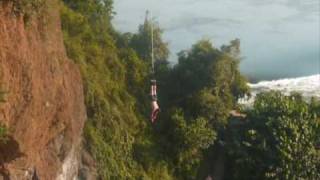 Visit my travel blog at www.gethappytour.com Here is Al #2 Bungee Jumping over the River Nile at the Adrift campsite near Jinja, Uganda, on September 4th 2009. We stayed at Adrift as part... 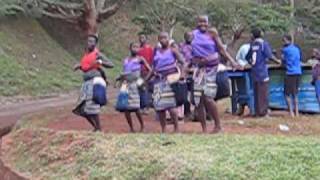 Ugandan Dance in Jinja at the Source of the Nile Uganda. 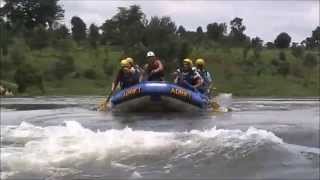 The Owen Falls was a waterfall on the White Nile in Uganda near the city of Jinja, 4 km from the point at which the river leaves Lake Victoria. The falls, together with the nearby Ripon Falls were submerged in 1954 with the completion of the Owen Falls Dam (later renamed Nalubaale, but still commonly known by the old name) that now accommodates a hydroelectric power station.

Ripon Falls at the northern end of Lake Victoria in Uganda is often considered the source of the river Nile. In 1862–3 John Hanning Speke was the first European to follow the course of the Nile downstream after discovering the falls that his intuition had marked as the source of the Nile. The water from Ripon Falls falls into a narrow opening and that is where some people believe the River Nile starts. He named the falls after George Robinson, 1st Marquess of Ripon.

Jinja Regional Referral Hospital, commonly known as Jinja Hospital, is a hospital in the city of Jinja, eastern Uganda. It is the largest hospital in eastern Uganda, with a bed capacity of 600, although many more patients are admitted, with many sleeping on the floor.

Jinja Airport is an airport in Uganda. It is one of the forty-six (46) airports in the country.

The Uganda Senior Command and Staff College (USCSC), is a training facility for the Military of Uganda, including the army, air force and special forces.

Kimaka is a neighborhood in the city of Jinja, in Eastern Uganda.

The Uganda Junior Staff College, is a staff college in Uganda, East Africa. Typically, graduates are commanders in the Uganda People's Defence Force. Other African countries also send their cadets to the college for training.

The New Jinja Bridge, also referred to as the Second Nile Bridge, is a proposed bridge to be constructed in Uganda. It will complement the Nalubaale Bridge, which was built in 1954.

These are some bigger and more relevant cities in the wider vivinity of Njeru.

This place is known by different names. Here the ones we know:
Daru, Njeru