Toamasina in Atsinanana Region with it's 206,373 citizens is a place in Madagascar about 133 mi (or 214 km) north-east of Antananarivo, the country's capital city.

Current time in Toamasina is now 07:35 AM (Monday). The local timezone is named Indian / Antananarivo with an UTC offset of 3 hours. We know of 8 airports near Toamasina. The closest airport in Madagascar is Toamasina Airport in a distance of 3 mi (or 5 km), North. Besides the airports, there are other travel options available (check left side).

While being here, you might want to pay a visit to some of the following locations: Fenoarivo Atsinanana, Ambatondrazaka, Amparafaravola, Andilamena and Antananarivo. To further explore this place, just scroll down and browse the available info. 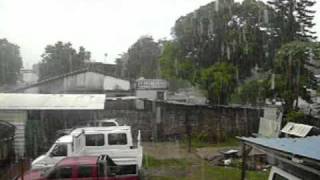 Tropical rain as seen from hotelwindow in Toamasina on the Eastcoast of Madagascar. It lasted only half an hour. Echt tropische hoosbui die slechts een half uurtje duurde maar hele stukken... 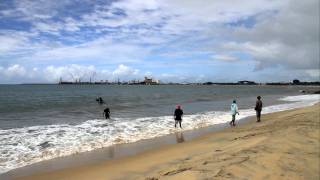 Dangerous work on the eastern coast of Madagascar, especially when you know that this beach because of sharks is not meant for swimming. But people in Madagascar know how to cope with danger. 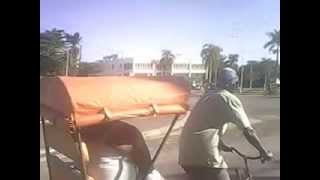 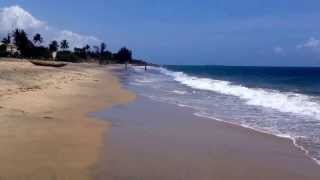 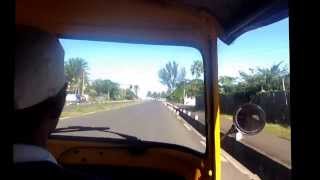 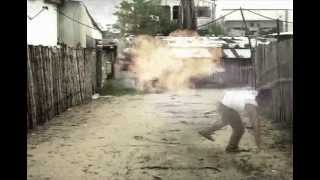 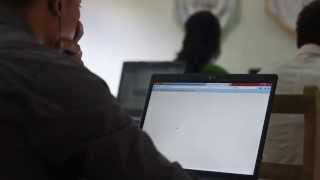 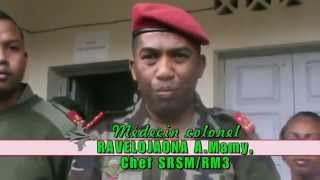 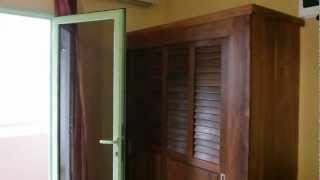 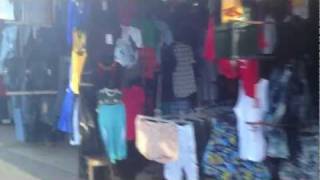 Toamasina, meaning "like salt" or "salty", unofficially and in French also Tamatave, is a city (commune urbaine) on the east coast of Madagascar on the Indian Ocean. The city is the chief seaport of the country, situated 215 km northeast of its capital and biggest city Antananarivo, near the centre of the eastern coast at 18 10 S, 49 32 E. According to the 2001 census, Toamasina had population of 179,045. The city is served by Toamasina Airport.

The Battle of Tamatave (sometimes called the Battle of Madagascar or the Action of 20 May 1811) was fought off Tamatave in Madagascar between British and French frigate squadrons during the Napoleonic Wars. The action was the final engagement of the Mauritius campaign of 1809–1811, and it saw the destruction of the last French attempt to reinforce their garrison on Mauritius.

These are some bigger and more relevant cities in the wider vivinity of Toamasina.