Moramanga in Alaotra Mangoro Region with it's 29,212 citizens is a city in Madagascar about 45 mi (or 73 km) east of Antananarivo, the country's capital city.

Local time in Moramanga is now 07:04 AM (Wednesday). The local timezone is named Indian / Antananarivo with an UTC offset of 3 hours. We know of 8 airports in the vicinity of Moramanga. The closest airport in Madagascar is Ivato Airport in a distance of 50 mi (or 81 km), West. Besides the airports, there are other travel options available (check left side).

There is one Unesco world heritage site nearby. It's Royal Hill of Ambohimanga in a distance of 126 mi (or 203 km), North.

When in this area, you might want to pay a visit to some of the following locations: Andramasina, Antananarivo, Ambatondrazaka, Miarinarivo and Amparafaravola. To further explore this place, just scroll down and browse the available info. 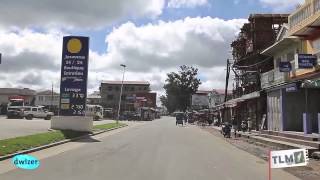 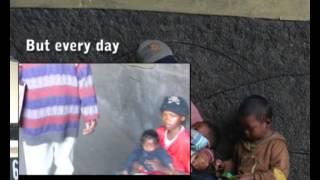 A Chance for Tunnel-Kids. The term „sambofiara kely" (small ark) means little farm whose aim is to give hope for children who live in traffic tunnels in the centre of Antananarivo in Madagascar.... 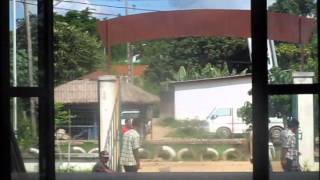 Moramanga is a city (commune urbaine) in Madagascar. Between the capital city Antananarivo and the east coast. The name Mora-manga literally means “cheap mangoes”. The city of Moramanga has an important place in the history of Madagascar. It was in Moramanga, on the night of the 29th of March 1947 that the Malagasy uprising against French colonial rule started. Moramanga is also the capital city of the Bezanozano tribe (one of the eighteen tribes in Madagascar).

Moramanga Suburbaine is a town and commune in Madagascar. It belongs to the district of Moramanga, which is a part of Alaotra-Mangoro Region. The population of the commune was estimated to be approximately 17,000 in 2001 commune census. Moramanga Suburbaine is served by a local airport. Primary and junior level secondary education are available in town. The majority 80% of the population of the commune are farmers.

These are some bigger and more relevant cities in the wider vivinity of Moramanga.

This place is known by different names. Here the ones we know:
OHB