Jibenggang in Tibet Autonomous Region is a city in China about 1,592 mi (or 2,561 km) south-west of Beijing, the country's capital city.

Local time in Jibenggang is now 07:12 PM (Monday). The local timezone is named Asia / Urumqi with an UTC offset of 6 hours. We know of 2 airports in the vicinity of Jibenggang. The closest airport in China is Lhasa Gonggar Airport in a distance of 28 mi (or 45 km), South-West. Besides the airports, there are other travel options available (check left side).

There is one Unesco world heritage site nearby. It's Historic Ensemble of the Potala Palace, Lhasa in a distance of 1 mi (or 1 km), West. Looking for a place to stay? we compiled a list of available hotels close to the map centre further down the page.

When in this area, you might want to pay a visit to some of the following locations: Lhasa, Niu, Nam, Caina and Konggar. To further explore this place, just scroll down and browse the available info. 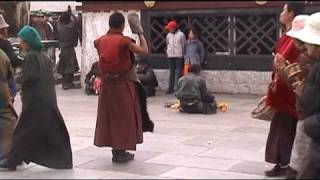 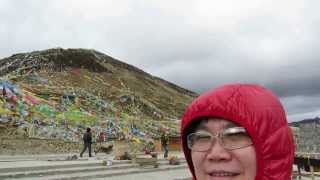 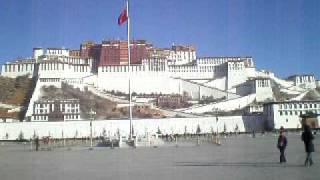 Mindrolling Monastery (pronounced MINH-droh-lyng) is one of the six major monasteries of the Nyingma school in Tibet. It was founded by Rigzin Terdak Lingpa in 1676. Tendrak Lingpa's lineage is known as the Nyo lineage. Mindrolling, in Tibetan means "Place of Perfect Emancipation". It is located in Zhanang County, Shannan Prefecture, Tibet Autonomous Region, China, approximately 43 kilometers east of the Lhasa airport, on the south side of the Tsangpo river.

The Barkhor is an area of narrow streets and a public square located around Jokhang Temple in Lhasa, Tibet. The Barkor is a popular devotional circumabulation for pilgrims and locals. The walk was about one kilometre long and encircled the entire Jokhang, the former seat of the State Oracle in Lhasa called the Muru Nyingba Monastery, and a number of nobles' houses including Tromzikhang and Jamkhang.

These are some bigger and more relevant cities in the wider vivinity of Jibenggang.