Safety Score: 2,7 of 5.0 based on data from 9 authorites. Meaning we advice caution when travelling to Barbados.

Bridgetown in Saint Michael with it's 98,511 habitants is located in Barbados. It's the capital of this country.

Current time in Bridgetown is now 11:50 AM (Tuesday). The local timezone is named America / Barbados with an UTC offset of -4 hours. We know of 8 airports close to Bridgetown. The closest airport in Barbados is Sir Grantley Adams International Airport in a distance of 9 mi (or 14 km), East. Besides the airports, there are other travel options available (check left side).

There are two Unesco world heritage sites nearby. The closest heritage site in Barbados is Historic Bridgetown and its Garrison in a distance of 83 mi (or 134 km), East. Also, if you like playing golf, there are some options within driving distance. If you need a hotel, we compiled a list of available hotels close to the map centre further down the page.

While being here, you might want to pay a visit to some of the following locations: Holetown, Oistins, Welchman Hall, Four Cross Roads and Bathsheba. To further explore this place, just scroll down and browse the available info.

The Soco Hotel - All Inclusive - Adults Only 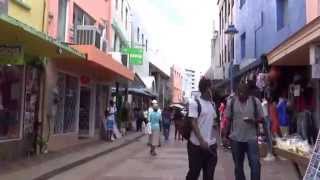 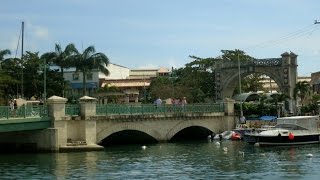 Quantum of the Seas, Bridgetown, Barbados 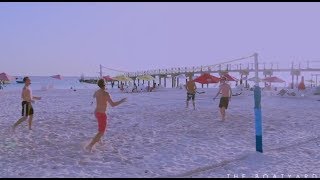 http://caribound.com/ Caribound, The Caribbean Villa Company has brought you this short 60 second guide of Bridgetown, Barbados. Get a glimpse of what to do when on your villa holiday in... 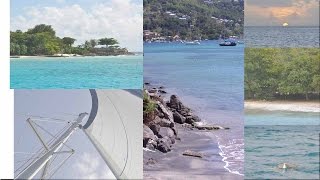 The "Lonley Lagoon Channel" is the first sailing and travelling guide in HD Video. You will find usefull informations and beautiful pictures and video clibs about each lagoon I have visited,... 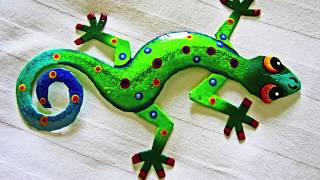 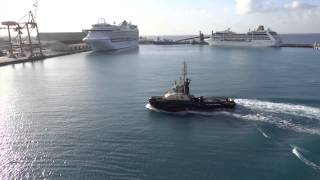 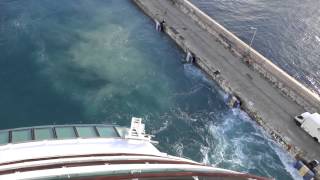 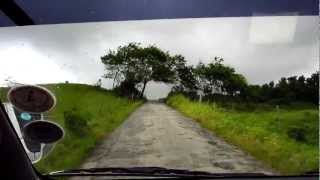 Exploring the beauty of Bridgetown, Barbados 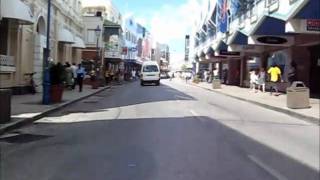 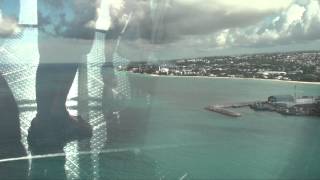 Offering 360º views out over Bridgetown Barbados, the North Star is a one of a kind new feature onboard the Quantum of the Seas. Built as a glass gondola on the end of a 135 foot long crane...

Bridgetown, metropolitan pop 96,578 (2006), is the capital and largest city of the nation of Barbados. Formerly, the Town of Saint Michael, the Greater Bridgetown area is located within the parish of Saint Michael. Bridgetown is sometimes locally referred to as "The City", but the most common reference is simply "Town". The Bridgetown port, found along Carlisle Bay lies on the southwestern coast of the island.

National Heroes Square (formerly Trafalgar Square) is located in the capital and principal commercial centre Bridgetown, on the island-nation of Barbados. The square lies along Upper Broad Street and is on the northern shore of the Careenage ("Constitution River"), found directly in the centre of Bridgetown. A fixture of the Square on the west-end includes a bronze statue of Admiral Lord Nelson overlooking the Square. The statue in Bridgetown was erected unveiled on March 22.

Pelican Island was a small uninhabited island that once existed off the west coast of Bridgetown and Fontabelle, in St. Michael, Barbados. According to historical record, the island received its name from brown pelicans that would nest there. To get there, one could have used one of the pair of nearby boat jetties along the Barbados shoreline, or during low tide it was believed to have been possible to wade out to the island as well.

The Kensington Oval is a stadium located to the west of the capital city Bridgetown on the island of Barbados. It is the pre-eminent sporting facility on the island and is primarily used for cricket. Locally referred to as "The Mecca" of cricket, it has hosted many important and exciting cricket games between local, regional, and international teams during its more than 120 year history.

The Parliament of Barbados is the national legislature of Barbados. It is accorded legislative supremacy by Chapter V of the Constitution of Barbados. The Parliament is bicameral in composition and is formally made up of: HM Queen Elizabeth II, Queen of Barbados (represented by the Governor-General), an appointed Senate, and an elected House of Assembly.

St. Ann's Garrison, or more commonly known as "The Garrison", is a small district located in the country of Barbados. This Garrison Historic Area is situated about 2 miles south of Heroes Square in the capital-city Bridgetown, and just west of the village of Hastings in the neighbouring parish of Christ Church. It is dominated by its historic horse race-track, located on the 30 acre parade ground called the Garrison Savannah.

The Port of Bridgetown (officially the Deep Water Harbour), is a seaport in Bridgetown on the southwest coast of Barbados. Situated at the North-Western end of Carlisle Bay, the harbour handles all of the country's international bulk ship-based trade and commerce. In addition to international-shipping the Deep Water Harbour is the port of entry for southern-Caribbean cruise ships.

The Nidḥe Israel Synagogue is the only synagogue in Bridgetown, Barbados. It also holds the distinction of being one of the oldest synagogues in the western hemisphere and a Barbados National Trust property. In 2011 the Synagogue and excavated Mikvah were designated as UNESCO protected properties within the World Heritage Site of Historic Bridgetown and its Garrison area.

The Indian River (Barbados) is a river of Barbados.

The Constitution River or commonly called "The Careenage", is a river located along Carlisle Bay, on the south-western portion of Barbados. The western end of the river runs through the centre of Bridgetown in Saint Michael. The river acts as a channel for heavy rain run-off from the higher interior regions of the island. Additionally, it is a small sheltered shallow passage or yacht harbour for medium sized yachts or small craft boats to dock in the city.

The Parliament Buildings (also known as The Public Buildings, or more rarely Parliament House), is the seat of the Parliament of Barbados. Built between 1870 and 1874, the buildings have been the meeting place for both chambers of Parliament since 16 June 1874, and a former site of Colonial administration of Barbados. It consists of two buildings which poses neo-Gothic architectural style, and are reminiscent of the Victorian era of Great Britain.

These districts belong to Bridgetown.

These are some bigger and more relevant cities in the wider vivinity of Bridgetown.

These are the most popular locations in Barbados on Tripmondo.