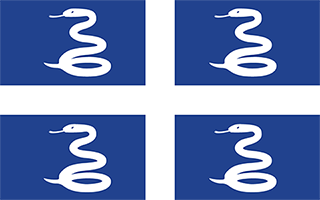 Safety Score: 4,0 of 5.0 based on data from 9 authorites. Meaning please reconsider your need to travel to Martinique.

Fort-de-France in Martinique (Martinique) with it's 89,995 habitants is located in Martinique. It's the capital of this country.

Current time in Fort-de-France is now 08:01 AM (Friday). The local timezone is named America / Martinique with an UTC offset of -4 hours. We know of 8 airports close to Fort-de-France. The closest airport in Martinique is Martinique Aimé Césaire International Airport in a distance of 5 mi (or 8 km), East. Besides the airports, there are other travel options available (check left side).

There are two Unesco world heritage sites nearby. The closest heritage site is Morne Trois Pitons National Park in Dominica at a distance of 51 mi (or 83 km). Also, if you like playing golf, there is an option about 6 mi (or 9 km). away. We encountered 1 points of interest near this location. If you need a hotel, we compiled a list of available hotels close to the map centre further down the page.

While being here, you might want to pay a visit to some of the following locations: Schoelcher, Gros Islet, Castries, Anse La Raye and Berekua. To further explore this place, just scroll down and browse the available info. 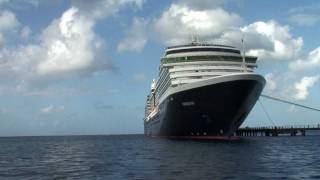 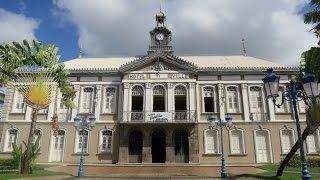 Quantum of the Seas, Fort-de-France, Martinique

Quantum of the Seas, Fort-de-France, Martinique More text will be added. 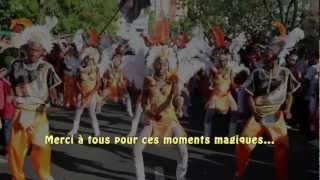 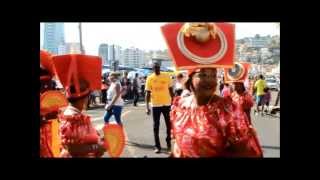 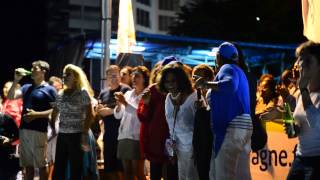 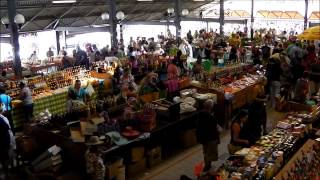 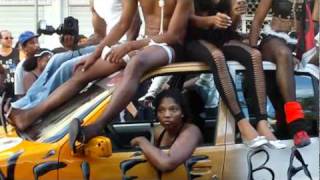 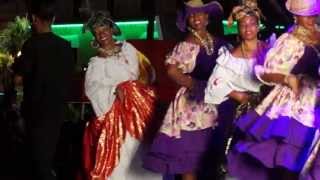 Stade d'Honneur de Dillon, is a multi-purpose stadium in Fort-de-France, Martinique. It is currently used mostly for football matches. The stadium can hold 16,300 people.

Fort-de-France Cathedral (Cathédrale Saint-Louis de Fort-de-France) is a Roman Catholic cathedral, and a national monument of France, located in the town of Fort-de-France, capital of Martinique. The architect was the Parisian Pierre-Henri Picq. This is the seventh church to have stood on the site, and although Picq had been commissioned to build a structure that could survive Martinique's plagues of fire, hurricanes and earthquakes, he built it entirely out of wood.

Located at 14.6042, -61.07 (Lat. / Lng.), about 0 miles away.
Wikipedia Article
Cathedrals in France, Buildings and structures in Martinique, Official historical monuments of France

Stade Louis Achille is a multi-use stadium in Fort-de-France, Martinique. It is currently used mostly for football matches and hosts the home games of Good Luck. The stadium holds 9,000 people.

Fort-de-France Bay is a large inlet of the Caribbean Sea, off the coast of Martinique. It is named after Martinique's capital, Fort-de-France, the chief town on the bay.

Fort Saint Louis (often hyphenated as Fort Saint-Louis) is a seaside fortress in Fort-de-France, Martinique. The present-day fort has evolved from earlier strongholds that were erected on the site as early as 1638, and has been known in previous incarnations as Fort Royal and Fort de la Republique. The modern-day Fort Saint Louis is both an active naval base and a listed historic site of France. There are daily tours of the fort, though the portion that is still a naval base is off-limits.

Fort Desaix is a Vauban fort and one of four forts that protect Fort-de-France, the capital of Martinique. The fort was built from 1768 to 1772 and sits on a hill, Morne Garnier, overlooking what was then Fort Royal. Fort Desaix was built in response to the successful British attack on Fort Royal in 1762 and was intended to prevent any future attacker from using Morne Garnier to site cannon that could then bombard Fort Royal from above.

Fond-Zombi (or Quartier Fond Zombi) is a populated place in the arrondissement of Fort-de-France on Martinique.

These districts belong to Fort-de-France.

These are districts that are close by, but belong to a different city than Fort-de-France.

These are some bigger and more relevant cities in the wider vivinity of Fort-de-France.

These are the most popular locations in Martinique on Tripmondo.