Local time in Banda Aceh is now 02:50 PM (Wednesday). The local timezone is named Asia / Jakarta with an UTC offset of 7 hours. We know of 6 airports in the vicinity of Banda Aceh. The closest airport in Indonesia is Sultan Iskandarmuda Airport in a distance of 6 mi (or 10 km), East. Besides the airports, there are other travel options available (check left side).

When in this area, you might want to pay a visit to some of the following locations: Mata Ie, Lambaro, Sibreh, Lampuuk and Angan. To further explore this place, just scroll down and browse the available info. 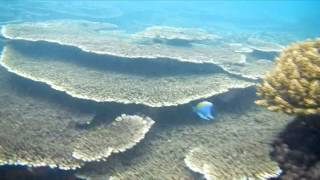 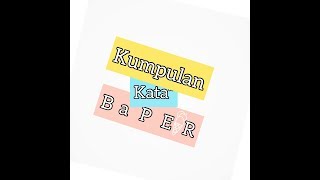 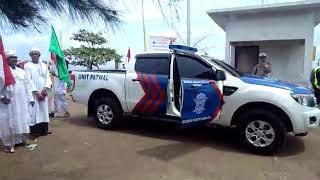 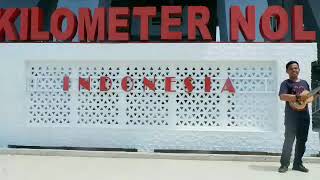 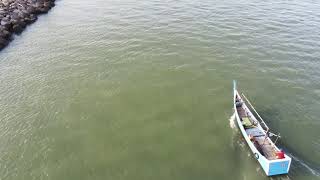 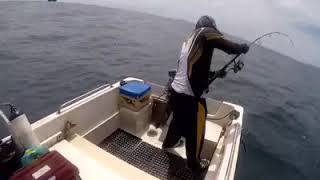 Harapan Bangsa Stadium or Lhong Raya Stadium is a multi-use stadium in Banda Aceh, Indonesia. It is currently used mostly for football matches and is used as the home venue for Persiraja Banda Aceh and Atjeh United F.C.. The stadium holds 45,000 people.

Baiturrahman Grand Mosque is a large mosque located in the centre of the city of Banda Aceh, Aceh province, Indonesia. It is of great symbolic significance to the Acehnese people as a symbol of Acehnese religion and culture, especially since it survived the devastating 2004 tsunami intact.

The Aceh Tsunami Museum, located in Banda Aceh, Indonesia, is a museum designed as a symbolic reminder of the 2004 Indian Ocean earthquake and tsunami disaster, as well as an educational center and an emergency disaster shelter in case the area is ever hit by a tsunami again.

PLTD Apung 1 is an electric generator ship in Banda Aceh, Sumatra, Indonesia that has become a tourist attraction. The 2,600 ton vessel had been in the sea and was flung 2 to 3 km inland by the 2004 Indian Ocean earthquake and tsunami. It was owned by PLN, the local power generating company, and crashed upon two homes when it landed, killing those inside. Visitors can climb to the top of the ship.

Sekolah Laboratorium Unsyiah, also known as SMA Labschool Unsyiah is a community-based school that is a part of the Universitas Syiah Kuala complex in Darussalam, Aceh, Indonesia.

These are some bigger and more relevant cities in the wider vivinity of Banda Aceh.