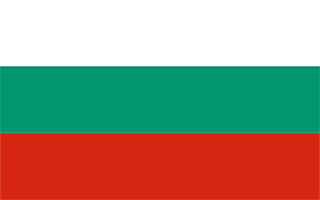 Safety Score: 2,8 of 5.0 based on data from 9 authorites. Meaning we advice caution when travelling to Bulgaria.

Sofia in Stolichna Obshtina (Sofia-Grad) with it's 1,152,556 inhabitants is a city in Bulgaria. It's the capital of this country.

Local time in Sofia is now 09:46 PM (Friday). The local timezone is named Europe / Sofia with an UTC offset of 2 hours. We know of 8 airports in the vicinity of Sofia, of which 3 are larger airports. The closest airport in Bulgaria is Sofia Airport in a distance of 4 mi (or 7 km), East. Besides the airports, there are other travel options available (check left side).

There are several Unesco world heritage sites nearby. The closest heritage site in Bulgaria is Boyana Church in a distance of 4 mi (or 7 km), South-West. If you need a place to sleep, we compiled a list of available hotels close to the map centre further down the page.

Depending on your travel schedule, you might want to pay a visit to some of the following locations: Elin Pelin, Pernik, Slivnitsa, Bov and Lakatnik. To further explore this place, just scroll down and browse the available info.

Luxury in the Forest 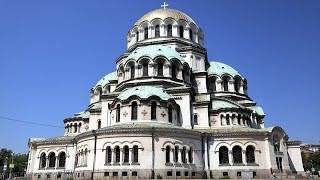 The Best of Sofia, Bulgaria

http://davidsbeenhere.com David's Been Here's epic road trip through Bulgaria takes him to the capital, where David explore the best sights in Sofia. Known for its history, thriving nightlife,... 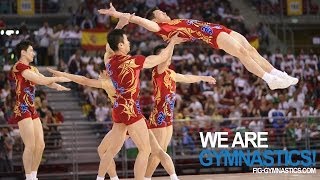 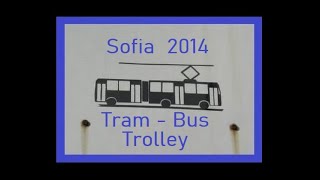 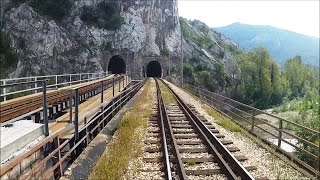 Driver’s Eye View at 4 x Speed – Sofia to Mezdra via the Iskar Gorge.

A small GoPro camera was attached to the front of our steam engine for this section of the journey. The result suffered a little from the Jelly effect that can occur with these cameras. As... 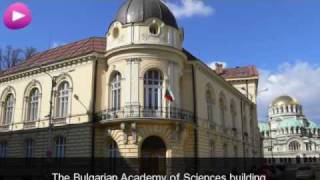 Create your own video on http://studio.stupeflix.com ! The Neo-Renaissance National Assembly of Bulgaria edifice in central Sofia. Sofia has been a centre of Christianity since the times of... 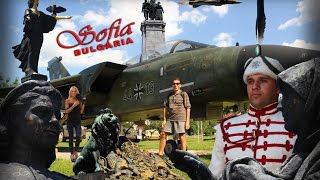 The Capital City of Bulgaria is Sofia. Filled with old history, monuments, and historic sites with beautiful sexy Bulgarian ladies throughout the city. Discover the most popular and important... 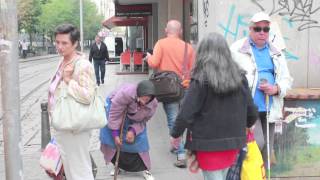 We had been for a week to Sofia in September - feat. Blechi, Moriente and Nahuel Kirchhoff. 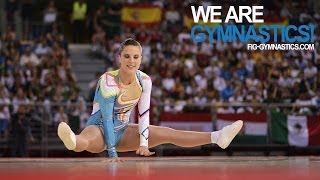 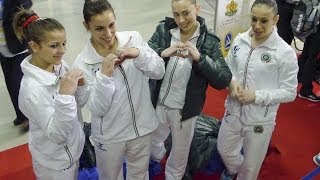 The Bulgarian National Bank is the central bank of the Republic of Bulgaria with its headquarters in Sofia. The BNB was established on 25 January 1879. It is an independent institution responsible for issuing all banknotes and coins in the country, overseeing and regulating the banking sector and keeping the government's currency reserves. The BNB is also the sole owner of the Bulgarian Mint. The governor is Ivan Iskrov.

The Church of St George (Bulgarian: Ротонда „Свети Георги“ Rotonda "Sveti Georgi") is an Early Christian red brick rotunda that is considered the oldest building in Sofia, the capital of Bulgaria. It is situated behind the Sheraton Hotel, amid remains of the ancient town of Serdica. Built by the Romans in the 4th century, it is believed that it was built on the site of a pagan temple. Mainly famous for the 12th-14th century frescoes inside the central dome.

TZUM-Sofia (Bulgarian: ЦУМ, abbreviated from Централен универсален магазин, Tsentralen universalen magazin, Central Department Store) is an upmarket department store in the centre of Sofia, the capital of Bulgaria, officially opened in 1957 and situated in a monumental edifice (part of The Largo complex) on one of the city's main boulevards. The store's construction began in 1955 and ended in the end of 1956, when the first customers entered TZUM.

Church of St Petka of the Saddlers

The Church of St Petka of the Saddlers (Bulgarian: Църква „Света Петка Самарджийска“) is a medieval Bulgarian Orthodox church in Sofia, the capital of Bulgaria. It is a small one-naved building partially dug into the ground located in the very centre of both the modern and the antique city, in the TZUM subway. The church features a semi-cylindrical vault, a hemispherical apse, and a crypt discovered during excavations after the Second World War.

The Georgi Dimitrov Mausoleum (Bulgarian: мавзолей на Георги Димитров) in Sofia, Bulgaria was built in 1949 to hold the embalmed body of the Communist leader Georgi Dimitrov (1882–1949). The construction of the Mausoleum was begun right after the news of Dimitrov's death. It was built for a record time of just 6 days, the time it took for Dimitrov's body to return to Sofia from the USSR.

The National Archaeological Museum (Bulgarian: Национален археологически музей, Natsionalen arheologicheski muzey) is an archaeological museum in the centre of Sofia, the capital of Bulgaria. It occupies the building of the largest and oldest former Ottoman mosque in the city, Büyük camii ("Grand Mosque"), built around 1474 under Mehmed II.

The Sofia Public Mineral Baths (Bulgarian: Софийска градска минерална баня, Sofiyska gradska mineralna banya) or the Central Mineral Baths (Централна минерална баня, Tsentralna mineralna banya) is a landmark in the centre of Sofia, the capital of Bulgaria, a city known for the mineral springs in the area. It was built in the early 20th century near the former Turkish bath (then destroyed) and was used as the city's public baths until 1986.

The Largo (Bulgarian: Ларго, definite form Ларгото, Largoto) is an architectural ensemble of three Socialist Classicism edifices in central Sofia, the capital of Bulgaria, designed and built in the 1950s with the intention to become the city's new representative centre. Today it is regarded as one of the prime examples of Socialist Classicism architecture in Southeastern Europe, as well as one of the main landmarks of Sofia.

The Church of St. Nicholas (Bulgarian: Свети Николай Мирликийски чудотворец) is an Orthodox Church in the Bulgarian capital of Sofia. The church was built in the 13th century by Kaloyan the sebastocrator as a small family church on today's Kaloyan Street behind the Rila Hotel. It is assumed that the church was erected on the site of the surviving parts of the palace complex that had once stood there which was built during the Roman Empire and accommodated Constantine the Great.

Serdika II Metro Station (Bulgarian: Метростанция „Сердика II“) is a station on the Sofia Metro in Bulgaria. It was put into operation on August 31, 2012 and the station became transfer station between the Red and Blue lines together with Serdika. Bulgaria's PM Boyko Borisov and the President of the European Commission Jose Manuel Barroso inaugurated the new section of the Sofia Metro, which was funded with EU money.

These districts belong to Sofia.

These are districts that are close by, but belong to a different city than Sofia.

These are some bigger and more relevant cities in the wider vivinity of Sofia.

These are the most popular locations in Bulgaria on Tripmondo.