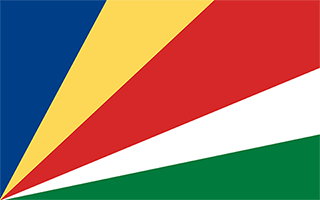 Safety Score: 3,0 of 5.0 based on data from 9 authorites. Meaning we advice caution when travelling to Seychelles.

Seychelles with its capital Victoria is located in Africa (archipelago in the Indian Ocean, northeast of Madagascar). It covers some 456 square kilometers (2.5 times the size of Washington, DC) with a population of 93,920. English and French are the languages spoken by people in Seychelles. Thiscountry has no land-based border with any other country.

The Seychelles are a group of 115 islands, only a few inhabited, in the Indian Ocean that lie off the coast of East Africa, northeast of Madagascar. Many of the beaches are untouched by man's influence and are refreshingly uncrowded. They offer clear blue skies and a tranquility you will rarely find. A hike along the coastline from Beau Vallon to Anse Major will take about 1.5-2 hours and your reward will be a small deserted beach that's fit for a king. Do not miss most popular Nightclub Lovenut in the centre of Victoria, 100 metres walk from central Taxi station. Seychelles also has numerous markets, art galleries and shops, colonial Creole-style plantation houses, and the main island of Mahé has six museums, a botanical garden, and several national monuments.

The topography is Mahe Group being volcanic with a narrow coastal strip and rocky, hilly interior with others are coral, flat, elevated reefs. The average density of population is about 206 per km². The climate in Seychelles can be described as tropical marinehumid, cooler season during southeast monsoon (late May to September), warmer season during northwest monsoon (March to May). Potential natural disasters are lies outside the cyclone belt, so severe storms are rare occasional short droughts

To reach someone Seychelles dial +248 prior to a number. The local cellular networks are operated on 900 MHz, 3G. Websites typically end with the top level domain ".sc". If you want to bring electric appliances (e.g. battery chaarger), keep in min the local 240 V - 50 Hz (plugs: G). The sign for the locally used currency Rupee is SCR.

Five oblique bands of blue (hoist side), yellow, red, white, and green (bottom) radiating from the bottom of the hoist side; the oblique bands are meant to symbolize a dynamic new country moving into the future; blue represents sky and sea, yellow the sun giving light and life, red the peoples' determination to work for the future in unity and love, white social justice and harmony, green the land and natural environment.

A lengthy struggle between France and Great Britain for the islands ended in 1814, when they were ceded to the latter. Independence came in 1976. Single-party rule was brought to a close with a new constitution and free elections in 1993. President France-Albert RENE, who had served since 1977, was reelected in 2001, but stepped down in 2004. Vice President James Alix MICHEL took over the presidency and in July 2006 was elected to a new five-year term; he was reelected in May 2011 and again in December 2015. In October 2016, James MICHEL resigned and handed over the presidency to his Vice-President Danny FAURE.