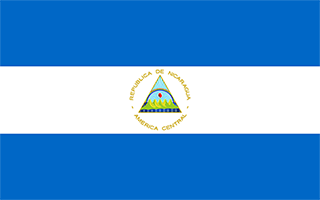 Safety Score: 3,6 of 5.0 based on data from 9 authorites. Meaning please reconsider your need to travel to Nicaragua.

Nicaragua with its capital Managua is located in North America (Central America, bordering both the Caribbean Sea and the North Pacific Ocean). It covers some 130,371 square kilometers (slightly larger than Pennsylvania) with a population of 6,025,950. Spanish and English are the languages spoken by people in Nicaragua. As an interesting fact, is sharing borders with Costa Rica and Honduras.

Nicaragua s a country in Central America. It has coastlines on both the Caribbean Sea, in the east, and the North Pacific Ocean, in the west, and has Costa Rica to the southeast and Honduras to the northwest. Tourism in Nicaragua is growing at 15% to 20% annually. Tourists are coming for the beauty and richness this country has to offer. From eco-tourism, adventure, beach, colonial cities, nightlife, and a low cost of living, Nicaragua has experienced a booming number of tourists from around the world. The places where tourists are hanging out and having a good time are in the colonial cities of Granada and Leon, the Pacific Coast, hiking on the volcanoes, and in the Caribbean coast in the Corn Islands.

The topography is extensive Atlantic coastal plains rising to central interior mountains with narrow Pacific coastal plain interrupted by volcanoes. The average density of population is about 46 per km². The climate in Nicaragua can be described as tropical in lowlands, cooler in highlands. Potential natural disasters are destructive earthquakes, extremely susceptible to hurricanes, landslides, significant volcanic activity; Cerro Negro (728 m), which last erupted in 1999, is one of Nicaragua's most active volcanoes; its lava flows and ash have been known to cause significant damage to farmland and buildings; other historically active volcanoes and volcanoes.

To reach someone Nicaragua dial +505 prior to a number. The local cellular networks are operated on 850 MHz, 1900 MHz, 3G, 4G. Websites typically end with the top level domain ".ni". If you want to bring electric appliances (e.g. battery chaarger), keep in min the local 120 V - 60 Hz (plugs: A, B). The sign for the locally used currency Cordoba is NIO.

Three equal horizontal bands of blue (top), white, and blue with the national coat of arms centered in the white band; the coat of arms features a triangle encircled by the words REPUBLICA DE NICARAGUA on the top and AMERICA CENTRAL on the bottom; the banner is based on the former blue-white-blue flag of the Federal Republic of Central America; the blue bands symbolize the Pacific Ocean and the Caribbean Sea, while the white band represents the land between the two bodies of water.

The Pacific coast of Nicaragua was settled as a Spanish colony from Panama in the early 16th century. Independence from Spain was declared in 1821 and the country became an independent republic in 1838. Britain occupied the Caribbean Coast in the first half of the 19th century, but gradually ceded control of the region in subsequent decades. Violent opposition to governmental manipulation and corruption spread to all classes by 1978 and resulted in a short-lived civil war that brought the Marxist Sandinista guerrillas led by Daniel ORTEGA Saavedra to power in 1979. Nicaraguan aid to leftist rebels in El Salvador prompted the US to sponsor anti-Sandinista contra guerrillas through much of the 1980s. After losing free and fair elections in 1990, 1996, and 2001, former Sandinista President Daniel ORTEGA was elected president in 2006, 2011, and most recently in 2016. Municipal, regional, and national-level elections since 2008 have been marred by widespread irregularities. Nicaragua's infrastructure and economy - hard hit by the earlier civil war and by Hurricane Mitch in 1998 - are being rebuilt, but democratic institutions have weakened under the ORTEGA administration as the president has garnered full control over all four branches of government: the presidency, the judicial, the National Assembly, and the Supreme Electoral Council.