Safety Score: 3,0 of 5.0 based on data from 9 authorites. Meaning we advice caution when travelling to Mozambique.

Inhambane in Inhambane Province with it's 73,884 citizens is a place in Mozambique about 228 mi (or 366 km) north-east of Maputo, the country's capital city.

Current time in Inhambane is now 06:47 PM (Tuesday). The local timezone is named Africa / Maputo with an UTC offset of 2 hours. We know of 8 airports near Inhambane. The closest airport in Mozambique is Inhambane Airport in a distance of 2 mi (or 3 km), South-East. Besides the airports, there are other travel options available (check left side).

While being here, you might want to pay a visit to some of the following locations: Xai-Xai, Chokwe, Manhica, Maputo and Matola. To further explore this place, just scroll down and browse the available info. 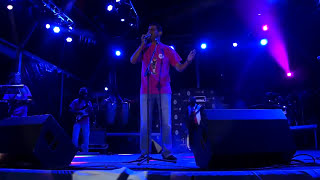 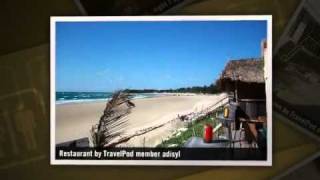 Preview of Adisyl's blog at TravelPod. Read the full blog here: http://www.travelpod.com/travel-blog-entries/adisyl/31/1245590091/tpod.html This blog preview was made by TravelPod using... 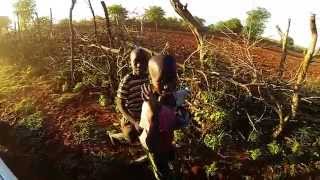 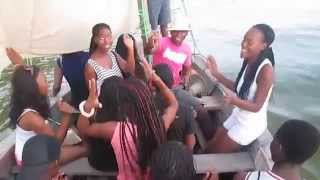 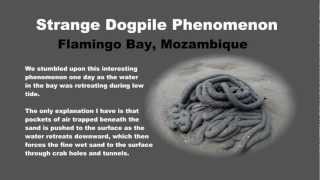 We stumbled upon this interesting phenomenon one day as the water in the bay was retreating during low tide. The only explanation I have is that pockets of air trapped beneath the sand is... 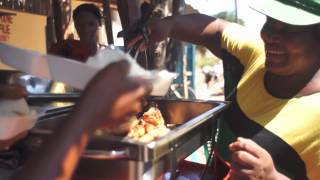 旅する鈴木472:Walk in Maxixe on Sunday @Mozambique

It was sunday after we arrived Maxixe. Empty streets with no one but trash scared me a little. Basically sundays are quite the same everywhere on earth. I like the unusualness. Looking at empty... 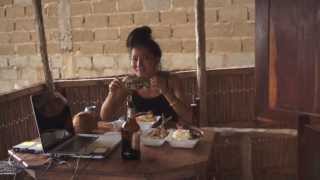 It makes me realize how deeply Japanese I am. I am desperate for fish. We bought a striped jack(maybe) at the busy monday market and some charcoal on the way back to the camp site. Then we... 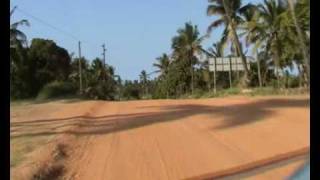 on the way to barra 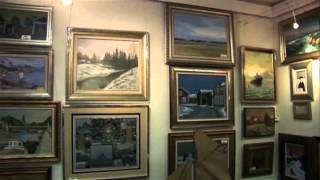 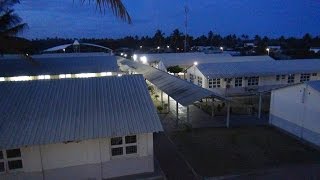 Maxixe (pronounced 'ma-sheesh') is the largest city and economic capital of the province of Inhambane, Mozambique. It is situated on the Indian Ocean at 23°52′S 35°23′E just south of the Tropic of Capricorn, in a bay opposite historic Inhambane City which can be reached by local ferries. Although Maxixe is the province's principal city, Inhambane City is the seat of the provincial government. Maxixe is named after an African chief. There are shops, petrol stations and restaurants.

Inhambane, Terra de Boa Gente (Land of Good People) is a city located in southern Mozambique, lying on Inhambane Bay, 470 km northeast of Maputo. It is the capital of the Inhambane Province and according to the 2008 census has a population of 65,837, growing from the 1997 census of 54,157. It is a sleepy historic town known for its rusting colonial architecture and has been popular with tourists in recent years.

Inhambane Airport is an airport in Jangamo District, Inhambane Province, Mozambique. The airport is operational Monday to Friday from 07:00 to 17:00, Saturdays from 08:00 to 17:00, open by advance request on Sundays. Customs and Immigration can be organised in advance of arrivals. Fees and taxes apply. There is currently only fuel available on request if prearranged in advance.

The Roman Catholic Diocese of Inhambane is a diocese located in the city of Inhambane in the Ecclesiastical province of Maputo in Mozambique.

These are some bigger and more relevant cities in the wider vivinity of Inhambane.