Banjul
in City of Banjul, Gambia

Safety Score: 2,5 of 5.0 based on data from 9 authorites. Meaning we advice caution when travelling to Gambia.

Banjul in City of Banjul with it's 34,589 habitants is located in Gambia. It's the capital of this country.

Current time in Banjul is now 03:29 PM (Tuesday). The local timezone is named Africa / Banjul with an UTC offset of zero hours. We know of 8 airports close to Banjul, of which one is a larger airport. The closest airport in Gambia is Banjul International Airport in a distance of 9 mi (or 15 km), South-West. Besides the airports, there are other travel options available (check left side).

There are several Unesco world heritage sites nearby. The closest heritage site in Gambia is Kunta Kinteh Island and Related Sites in a distance of 64 mi (or 102 km), East.

While being here, you might want to pay a visit to some of the following locations: Brikama, Kerewan, Kaolack, Fatick and Ziguinchor. To further explore this place, just scroll down and browse the available info. 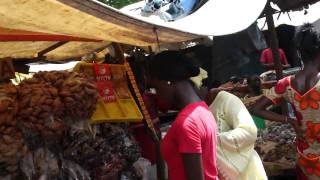 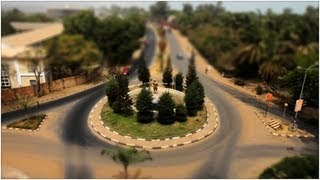 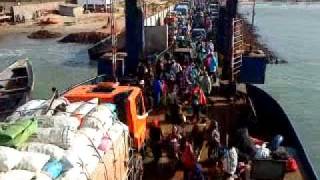 Hustle and bustle on the Banjul to Barra Ferry, The Gambia

How many people, animals and transport can you fit onto a ferry?!? The infamous Banjul to Barra ferry in The Gambia. 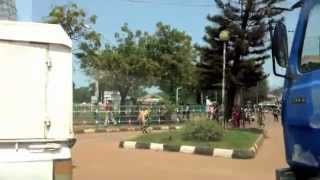 Traveling from the GTTI Annex in the south part of Banjul through the July 22nd roundabout then down Independence Drive towards Arch 22. 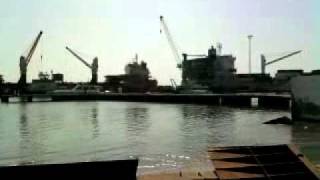 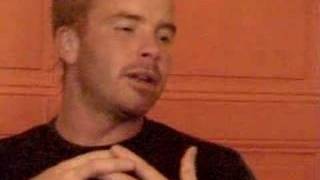 Will Rule You All. 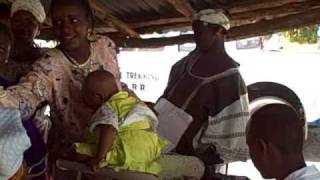 TAM launch in the Gambia

On Thursday 19th of February Riders for Health along with the Gambian Ministry of Health and a number of other partners launched a new programme that that will result in access to health care... 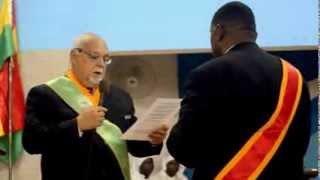 DeKarlos Blackmon, Supreme Knight of the Knights of Peter Claver, was elected and installed Deputy President of the International Alliance of Catholic Knights in a ceremony at Saint Kizito... 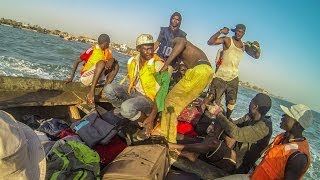 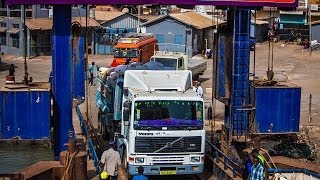 Geography of the Gambia

The Gambia is a very small and narrow country with the border based on the Gambia River. The country is less than 48 km wide at its greatest width. The country's present boundaries were defined in 1889 after an agreement between the United Kingdom and France. It is often claimed by Gambians that the distance of the borders from the Gambia River correspond to the area that British naval cannon of the time could reach from the river's channel.

The Gambia River is a major river in West Africa, running 1,130 kilometres from the Fouta Djallon plateau in north Guinea westward through Senegal and the Gambia to the Atlantic Ocean at the city of Banjul. It is navigable for about half that length. The river is strongly associated with the Gambia, the smallest country in mainland Africa, which consists of little more than the downstream half of the river and its two banks.

National Assembly of the Gambia

The National Assembly is the legislative branch of government in the Gambia.

State House of the Gambia

Located at 13.4561, -16.5744 (Lat. / Lng.), about 0 miles away.
Wikipedia Article
Presidential palaces, Official residences in the Gambia, Government Houses of the British Empire and Commonwealth, British Gambia

Arch 22 is a commemorative arch on the road into Banjul in the Gambia. It was built in 1996 to mark the military coup d'etat which over threw the democratically elected government, and saw the rise to power on 22 July 1994 of President Yahya Jammeh and his Armed Forces Provisional Ruling Council. The arch stands on the Banjul-Serrekunda Highway near to the traffic island which intersects with Box Bar Road, Independence Drive and Marina Parade.

The Gambia National Museum is a Gambian cultural museum located in Banjul. It is home to historical documents and displays concerning the History of the Gambia.

The Albert Market is a street market in Banjul, the Gambia. Located on Liberation Avenue, the Market was built in the mid-nineteenth century.

The Royal Victoria Teaching Hospital (RVTH) is the central hospital in Banjul, the capital of the West African nation of the Gambia. The governmental hospital is located at Independence Drive in Banjul and is with over 540 beds as the biggest state-of-the-art hospital. It was originally built under British colonisation of Africa in 1853. The operation of Royal Victoria Hospital (RVH) was improved with the help of the Sisters of St. Joseph of Cluny in 1903.

These are some bigger and more relevant cities in the wider vivinity of Banjul.

These are the most popular locations in Gambia on Tripmondo.