Safety Score: 3,5 of 5.0 based on data from 9 authorites. Meaning please reconsider your need to travel to Ethiopia.

Local time in Dire Dawa is now 02:03 AM (Thursday). The local timezone is named Africa / Addis Ababa with an UTC offset of 3 hours. We know of 8 airports in the vicinity of Dire Dawa. The closest airport in Ethiopia is Aba Tenna Dejazmach Yilma International Airport in a distance of 2 mi (or 4 km), North. Besides the airports, there are other travel options available (check left side).

There are two Unesco world heritage sites nearby. The closest heritage site in Ethiopia is Harar Jugol, the Fortified Historic Town in a distance of 27 mi (or 43 km), South-East.

When in this area, you might want to pay a visit to some of the following locations: Harar, Jijiga, Baki, Dikhil and 'Ali Sabieh. To further explore this place, just scroll down and browse the available info. 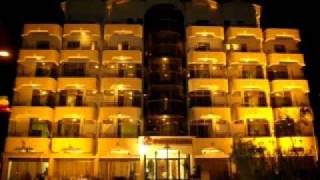 Delight Hotel Dire Dawa is truly a place of delight. This hotel has made a real difference in the quality and service of the sector. 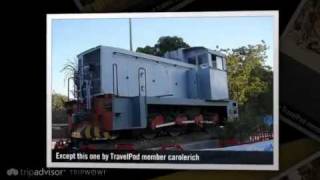 Preview of Carolerich's blog at TravelPod. Read the full blog here: http://www.travelpod.com/travel-blog-entries/carolerich/1/1264478477/tpod.html This blog preview was made by TravelPod... 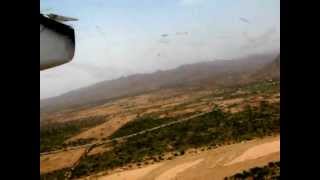 This is a film shot from Ethiopian Airlines flight leaving Dire Dawa. Get the aerial views of Dire Dawa town and terrain.

Dire Dawa is one of two chartered cities (astedader akabibi) in Ethiopia (the other being the capital, Addis Ababa). This chartered city is divided administratively into two woredas, the city proper and the non-urban woreda of Gurgura. Dire Dawa lies in the eastern part of the nation, on the Dechatu River, at the foot of a ring of cliffs that has been described as "somewhat like a cluster of tea-leaves in the bottom of a slop-basin.

The Dechatu River is a river of eastern Ethiopia. It rises in the Ahmar Mountains to flow north through the second largest city in the country, Dire Dawa towards the Awash River, entering the city at {{#invoke:Coordinates|coord}}{{#coordinates:9|35|N|41|52|E||| |primary |name= }}. It is unclear if either its flow or river bed eventually reach the Awash. The river appears to lose itself in the Cantur Plain (Buren Meda) north of Dire Dawa.

Dire Dawa Stadium is a multi-use stadium in Dire Dawa, Ethiopia. It is currently used mostly for football matches, on club level by Dire Dawa City of the Ethiopian Premier League. The stadium has a capacity of 18,000 spectators. It also hosted six matches during the 1976 African Cup of Nations.

These are some bigger and more relevant cities in the wider vivinity of Dire Dawa.

These are the most popular locations in Ethiopia on Tripmondo.