Safety Score: 3,0 of 5.0 based on data from 9 authorites. Meaning we advice caution when travelling to Cuba.

Havana in La Habana with it's 2,163,824 habitants is a town located in Cuba. It's the capital of this country.

Time in Havana is now 12:31 AM (Friday). The local timezone is named America / Havana with an UTC offset of -5 hours. We know of 8 airports closer to Havana, of which two are larger airports. The closest airport in Cuba is José Martí International Airport in a distance of 10 mi (or 16 km), South. Besides the airports, there are other travel options available (check left side).

There are two Unesco world heritage sites nearby. The closest heritage site in Cuba is Viñales Valley in a distance of 36 mi (or 58 km), South. In need of a room? We compiled a list of available hotels close to the map centre further down the page.

Since you are here already, you might want to pay a visit to some of the following locations: Bejucal, Bauta, San Antonio de los Banos, Caimito and San Jose de las Lajas. To further explore this place, just scroll down and browse the available info. 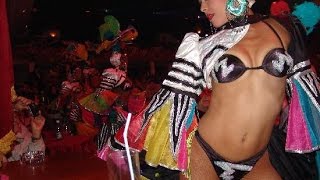 Check out more videos and pics of Havana at http://www.BestCubaGuide.com Or, download my complete Real Havana guide-book at http://amzn.to/1hdXoEO This is what 23 Street (La Rampa) is like... 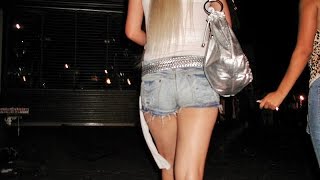 Check out more videos and pics of Havana at http://www.BestCubaGuide.com Or, download my complete Real Havana guide-book at http://amzn.to/1hdXoEO The corner of 23 Street (La Rampa) and G. 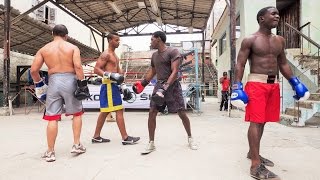 Check out more videos and pics of Havana at http://www.BestCubaGuide.com Or, download my complete Real Havana guide-book at http://amzn.to/1hdXoEO This is one of the most famous boxing ... 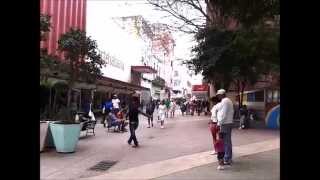 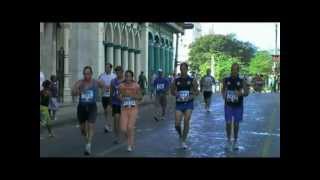 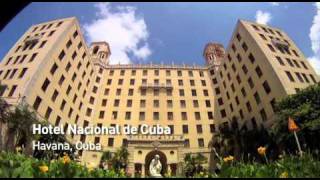 http://westjetvacations.com Havana, Cuba's capital has plenty to offer. Tour Revolution Square, one of the largest public squares in the world, visit a rum and cigar store and learn techniques... 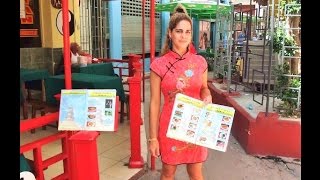 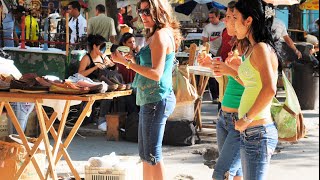 Check out more videos and pics of Havana at http://www.BestCubaGuide.com Or, download my complete Real Havana guide-book at http://amzn.to/1hdXoEO Now this is where average Cuban shop. 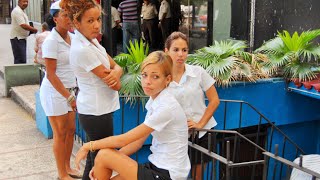 Check out more videos and pics of Havana at http://www.BestCubaGuide.com Or, download my complete Real Havana Travel guide book at http://amzn.to/1hdXoEO Relax, use the internet, have a drink ... 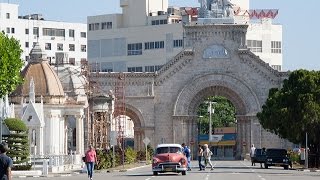 The Intelligence Directorate (Spanish: Dirección de Inteligencia, or DI, also known as G2 and formerly known as Dirección General de Inteligencia or DGI) is the main state intelligence agency of the government of Cuba. The DI was founded in late 1961 by Cuba's Ministry of the Interior shortly after the Cuban Revolution.

The Estadio Latinoamericano (Spanish for Latin American Stadium) is a stadium in Havana, Cuba. It is primarily used for baseball. Gran Estadio, a spacious pitchers' park with prevailing winds blowing in and boasting a playing surface and lighting system of major-league quality, was built in 1946 as the top baseball park in Latin America. Located in the Cerro neighborhood, it opened with the name Gran Estadio de La Habana and currently holds about 55,000 people.

Hotel Tryp Habana Libre is one of the larger hotels in Cuba, situated in Vedado, Havana. The hotel has 569 rooms in a 25 floor tower at Calle 23 ("La Rampa") and Calle L.

Vedado is the downtown and a vibrant neighbourhood in the city of Havana, Cuba. Bordered on the east by Central Havana, and on the west by the Miramar/Playa district. The main street running east to west is Calle 23, also known as "La Rampa". The northern edge of the district is the waterfront breakwater known as the Malecón, a famous and popular place for social gatherings in the city. The United States Interests Section complex is located in Vedado.

The Hotel Nacional de Cuba is an historic luxury hotel located on the Malecón in the middle of Vedado, Havana, Cuba. It stands on Taganana hill a few meters from the sea, and offers a view of Havana Harbor, the seawall and the city. The New York architectural firm of McKim, Mead and White designed the hotel, which features a mix of styles. It opened in 1930, when Cuba was a prime travel destination for Americans, long before the United States embargo against Cuba.

The Colon Cemetery or more fully in the Spanish language Cementerio de Cristóbal Colón was founded in 1876 in the Vedado neighbourhood of Havana, Cuba on top of Espada Cemetery. Named for Christopher Columbus, the 140 acre (57 ha) cemetery is noted for its many elaborately sculpted memorials. It is estimated that today the cemetery has more than 500 major mausoleums, chapels, and family vaults.

The Malecón (officially Avenida de Maceo) is a broad esplanade, roadway and seawall which stretches for 8 km (4 miles) along the coast in Havana, Cuba, from the mouth of Havana Harbor in Old Havana, along the north side of the Centro Habana neighborhood, ending in the Vedado neighborhood. New businesses are appearing on the esplanade due to economic reforms in Cuba that now allow Cubans to own private businesses.

The José Martí Memorial (Spanish: Monumento a José Martí) is a memorial to José Martí, the national hero of Cuba, located on the northern side of the Plaza de la Revolución in the Vedado area of Havana. It consists of a star-shaped tower, a statue of Martí surrounded by six columns, and gardens. The 109 m (358 ft) tower, designed by a team of architects led by Enrique Luis Varela, is in the form of a five-pointed star, encased in grey Cuban marble from the Isla de la Juventud.

Temple Beth Shalom, built in 1952, is a synagogue located near downtown Havana. Much of the original building was sold, and only part remains in Jewish hands today. Extensive repairs were undertaken in the 1990s. Beth Shalom is considered the headquarters of the Cuban Jewish Community. The building also houses a Jewish library.

The Espada Cemetery is a disused cemetery located approximately a mile west of the city of Havana, Cuba, near to the coast and close to the San Lázaro Leper Hospital. In use from 1806 to 1878, the Espada Cemetery was the first burial place formally designed and constructed in the Havana region; prior to the cemetery construction, the Havana custom had been to bury the dead in vaults of the Churches. It was named after the Bishop incumbent at the time of design, José Díaz de Espada y Landa.

Located at 23.13, -82.383 (Lat. / Lng.), about 0 miles away.
Wikipedia Article
Tropical and subtropical coniferous forests, Ecoregions of the Caribbean, Geography of Cuba, Flora of Cuba, Environment of Cuba, Neotropic ecozone

These districts belong to Havana.

These are districts that are close by, but belong to a different city than Havana.

These are some bigger and more relevant cities in the wider vivinity of Havana.