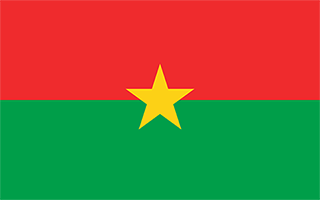 Safety Score: 4,1 of 5.0 based on data from 9 authorites. Meaning please reconsider your need to travel to Burkina Faso.

Burkina Faso with its capital Ouagadougou is located in Africa (Western Africa, north of Ghana). It covers some 274,201 square kilometers (slightly larger than Colorado) with 20,107,500 citizens. French is the language commonly spoken used by the people in Burkina Faso. Benin, Ghana, Ivory Coast, Mali, Niger and Togo are bordering countries. 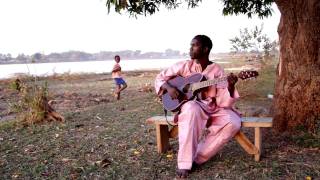 Burkina Faso is one of the safest and friendliest countries in all of Africa. Although it receives only a small number of tourists per year, it is an excellent destination for anyone interested in seeing beautiful West African country and exploring African culture and music. You should always take precautions when traveling, but Burkina is a remarkably safe and respectful country. Women travelers rarely experience any problems. Greeting is a very important part of Burkinabé culture, it is virtually a slap in the face to ignore someone that has greeted you, or to not greet at all so it is a good idea to greet everyone you pass by.

The landscape is mostly flat to dissected, undulating plains and hills in west and southeast. The average density of population is about 73 per km². The climate in Burkina Faso can be described as tropicalwarm, dry winters, hot, wet summers. Potential threats by nature are recurring droughts.

To reach someone Burkina Faso dial +226 prior to a number. The local cellular networks are operated on 900 MHz, 3G. Websites typically end with the top level domain ".bf". If you want to bring electric appliances (e.g. battery chaarger), keep in min the local 220 V - 50 Hz (plugs: C, E). The sign for the locally used currency Franc is XOF.

Two equal horizontal bands of red (top) and green with a yellow five-pointed star in the center; red recalls the country's struggle for independence, green is for hope and abundance, and yellow represents the country's mineral wealth.

Burkina Faso (formerly Upper Volta) achieved independence from France in 1960. Repeated military coups during the 1970s and 1980s were followed by multiparty elections in the early 1990s. Former President Blaise COMPAORE (1987-2014) resigned in late October 2014 following popular protests against his efforts to amend the Constitution's two-term presidential limit. By mid-November, a framework for an interim government was adopted under the terms of the National Transition Charter. An interim administration, led by President Michel KAFANDO and Prime Minister Yacouba Isaac ZIDA, began organizing presidential and legislative elections planned for October 2015, but these were postponed during a weeklong failed coup in September. The rescheduled elections were held on 29 November, and Roch Marc Christian KABORE was elected president in the first round. Burkina Faso's high population growth and limited natural resources result in poor economic prospects for the majority of its citizens.