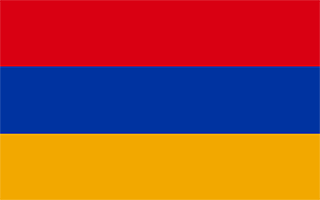 Safety Score: 3,3 of 5.0 based on data from 9 authorites. Meaning please reconsider your need to travel to Armenia.

Yerevan in Yerevan with it's 1,093,485 citizens is a city in Armenia. It's the capital of this country.

Local time in Yerevan is now 06:54 AM (Wednesday). The local timezone is named Asia / Yerevan with an UTC offset of 4 hours. We know of 9 airports in the vicinity of Yerevan, of which 3 are larger airports. The closest airport in Armenia is Zvartnots International Airport in a distance of 7 mi (or 11 km), West. Besides the airports, there are other travel options available (check left side).

There are several Unesco world heritage sites nearby. The closest heritage site in Armenia is Cathedral and Churches of Echmiatsin and the Archaeological Site of Zvartnots in a distance of 12 mi (or 19 km), West. Looking for a place to stay? we compiled a list of available hotels close to the map centre further down the page.

When in this area, you might want to pay a visit to some of the following locations: Ashtarak, Artashat, Aralik, Tasburun and Hrazdan. To further explore this place, just scroll down and browse the available info. 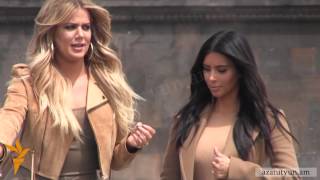 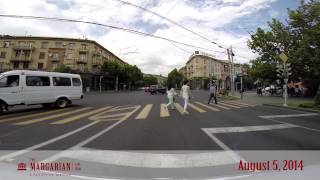 Driving through the streets of Yerevan. Video on the GoPro Hero3+ Action Camera. Make sure to turn the resolution to 1080-HD before viewing. More coming soon. 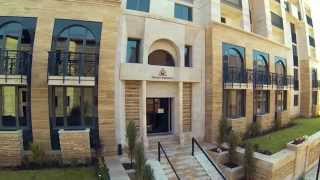 New Business District in Downtown Yerevanс looks very modern and lively. But it was a source of controversy until recently. The construction was started after some former residents living... 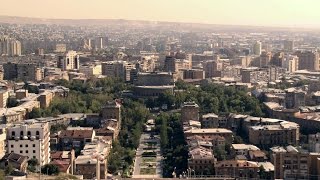 "Yerevan in Motion" by Arsen Matevossian. 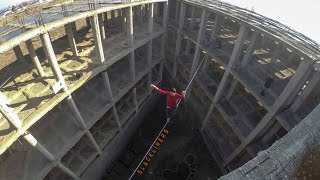 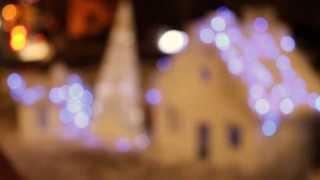 Christmas lights in Yerevan at night 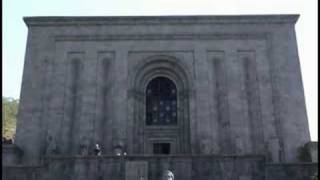 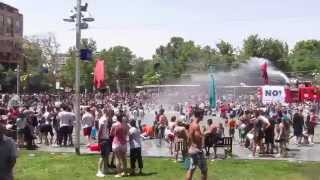 Yerevan is the capital and largest city of Armenia and one of the world's oldest continuously inhabited cities. Situated along the Hrazdan River, Yerevan is the administrative, cultural, and industrial center of the country. It has been the capital since 1918, the thirteenth in the history of Armenia. The history of Yerevan dates back to the 8th century BC, with the founding of the fortress of Erebuni in 782 BC by king Argishti I at the western extreme of the Ararat plain.

The Central Bank of Armenia (Armenian: Հայաստանի Կենտրոնական Բանկ) is the central bank of Armenia with its headquarters in Yerevan. The CBA is an independent institution responsible for issuing all banknotes and coins in the country, overseeing and regulating the banking sector and keeping the government's currency reserves. The CBA is also the sole owner of the Armenian Mint. The bank is engaged in policies to promote financial inclusion and is a member of the Alliance for Financial Inclusion.

Republic Square (Armenian: Հանրապետության հրապարակ Hanrapetu'tyan hraparak, formerly Lenin Square is the large central town square in Yerevan, Armenia. The square is intersected by the following streets: Abovian, Nalbandian, Tigran Mets Avenue, Vazgen Sargsyan and Amiryan. The oval shaped square has a stone pattern in the centre, meant to look like a traditional Armenian rug from above.

Located at 40.1775, 44.5126 (Lat. / Lng.), about 0 miles away.
Wikipedia Article
Buildings and structures in Yerevan, Squares in Armenia, Visitor attractions in Yerevan

The Armenian Revolutionary Federation History Museum is a museum in Yerevan, Armenia, that displays the history of the ARF and of its notable members. The museum initially opened in 1946 in Paris, France and throughout the years, accumulated as many as 3,000 artifacts. The Museum was inaugurated in Yerevan during an official ceremony on July 13, 2007 at the Kristapor Mikaelian Center. Dashnak leaders such as Hrant Markarian and supporters were present at the opening.

Located at 40.1858, 44.515 (Lat. / Lng.), about 0 miles away.
Wikipedia Article
Opera houses, 1933 establishments in Armenia, Visitor attractions in Yerevan, Buildings and structures in Yerevan, Theatres completed in 1933

Kentron (Armenian: Կենտրոն, meaning "center") is a district of Yerevan, the capital of Armenia. It comprises the downtown, the commercial centre of the city. As of the 2011 estimate, the district has a population of 131,000. It is bordered by Ajapnyak and Malatia-Sebastia districts from the west, Shengavit and Erebuni districts from the south, Nor Nork district from the east and Arabkir and Kanaker-Zeytun districts from the north. Hrazdan River flows through the western part of the district.

The History Museum of Armenia (Armenian: Հայաստանի Պատմության Թանգարան) is the national museum of Armenia founded in 1919 as Ethnographic-Anthropological Museum-Library. It is located on the Republic Square in Yerevan.

Hakob Paronyan Musical Comedy Theatre of Yerevan, is one of the prominent theatres of the Armenian capital of Yerevan, founded in 1941. It is located on Vazgen Sargsyan Street in the central Kentron district of the city, near the Republic Square.

The Civilitas Foundation is an Armenian non-profit organization based in Yerevan, Armenia, and established in October 2008 by Armenia's former Minister of Foreign Affairs, Vartan Oskanian. It is a development agency and think tank directed by Salpi Ghazarian that works to strengthen civil society, promote democracy, economic development and education in Armenia, and facilitate dialogue between Armenia and the international community on a number of pertinent political issues.

Located at 40.1775, 44.5126 (Lat. / Lng.), about 0 miles away.
Wikipedia Article
Buildings and structures in Yerevan, Visitor attractions in Yerevan, Squares in Armenia

Mashtots Park Movement (Armenian: Մաշտոցի պուրակի շարժում), also known as #SaveMashtotsPark and OccupyMashtots began as a sit-in on February 11, 2012 in Mashtots Park, Yerevan. The protest was initiated by "This City Belongs to Us" civic initiative, and grew into a full-scale movement.

Officially State Russian Dramatic Theatre named after Konstantin Stanislavski, more commonly Stanislavski Russian Theatre, is a state theatre in the Armenian capital of Yerevan located on Abovyan Street in the central Kentron district of the city, next to Charles Aznavour Square. It was opened in 1937 and named after the Russian actor and theatre director Constantin Stanislavski since 1938. The theatre director is Alexander Grigoryan since 1965.

Located at 40.1819, 44.5167 (Lat. / Lng.), about 0 miles away.
Wikipedia Article
Theatres in Armenia, Armenian culture, Buildings and structures in Yerevan, 1937 establishments in Armenia

These districts belong to Yerevan.

These are districts that are close by, but belong to a different city than Yerevan.

These are some bigger and more relevant cities in the wider vivinity of Yerevan.

These are the most popular locations in Armenia on Tripmondo.