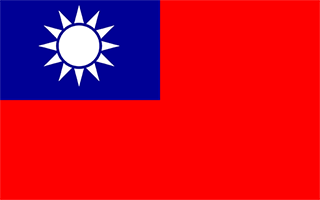 Safety Score: 2,7 of 5.0 based on data from 9 authorites. Meaning we advice caution when travelling to Taiwan.

Taiwan with its capital Taipei is located in Asia (Eastern Asia, islands bordering the East China Sea). It covers some 35,981 square kilometers (slightly smaller than Maryland and Delaware combined) with a population of 23,508,400. Chinese and Chinese are some of the languages spoken by the majority in Taiwan. There are no land based border this country shares with any other country.

Taiwan is an island nation of about 36,000 km² located off the coast of southeastern mainland China, southwest of Okinawa and north of the Philippines. Many people think of Taiwan as a grimy, densely populated industrial island full of hard disk factories, and you may well maintain this perception if you only stick to the densely populated West Coast. However, for those who take time to venture to the more sparsely populated East Coast will quickly find that Taiwan is actually home to some stunning landscapes. The Taroko Gorge near Hualien in particular is very impressive, and should not be missed. Most of Taiwan is covered with mountains which offer breathtaking views, so hiking opportunities are very diverse.

The terrain is eastern two-thirds mostly rugged mountains having flat to gently rolling plains in west. The average density of population is about 653 per km². The climate in Taiwan can be described as tropicalmarine, rainy season during southwest monsoon (June to August), persistent and extensive cloudiness all year. Possible natural disasters include earthquakes, Kueishantao Island (401 m), east of Taiwan, is its only historically active volcano, although it has not erupted in centuries and typhoons.

To reach someone Taiwan dial +886 prior to a number. The local cellular networks are operated on 900 MHz, 1800 MHz, 3G, 4G. Websites typically end with the top level domain ".tw". If you want to bring electric appliances (e.g. battery chaarger), keep in min the local 110 V - 60 Hz (plugs: A, B). The sign for the locally used currency Dollar is TWD.

Red field with a dark blue rectangle in the upper hoist-side corner bearing a white sun with 12 triangular rays; the blue and white design of the canton (symbolizing the sun of progress) dates to 1895; it was later adopted as the flag of the Kuomintang Party; blue signifies liberty, justice, and democracy; red stands for fraternity, sacrifice, and nationalism, white represents equality, frankness, and the people's livelihood; the 12 rays of the sun are those of the months and the twelve traditional Chinese hours (each ray equals two hours).

First inhabited by Austronesian people, Taiwan became home to Han immigrants beginning in the late Ming Dynasty (17th century). In 1895, military defeat forced China's Qing Dynasty to cede Taiwan to Japan, which governed Taiwan for 50 years. Taiwan came under Chinese Nationalist control after World War II. In the four years leading to the communist victory on the mainland in 1949, 2 million Nationalists fled to Taiwan and established a government under the 1947 constitution drawn up for all of China. The Nationalist government established authoritarian rule under martial law in 1948. Beginning in the late 1970s, the ruling authorities gradually democratized and incorporated the local population within the governing structure. This process expanded rapidly in the 1980s, with the founding of the first opposition party (the Democratic Progressive Party or DPP) in 1986 and the lifting of martial law in 1987. Taiwan held its first direct presidential election in 1996. In 2000, Taiwan underwent its first peaceful transfer of power from the Nationalist Party (Kuomintang or KMT) to the DPP. Throughout this period, the island prospered and became one of East Asia's economic "Tigers." The dominant political issues continue to be management of sensitive relations between Taiwan and China - specifically the question of Taiwan's sovereignty - as well as domestic priorities for economic reform and growth.