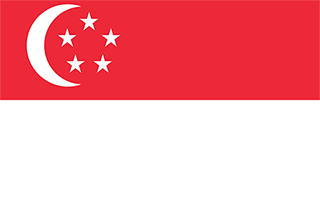 Safety Score: 2,8 of 5.0 based on data from 9 authorites. Meaning we advice caution when travelling to Singapore.

Singapore with its capital Singapore is located in Asia (Southeastern Asia, islands between Malaysia and Indonesia). It covers some 720 square kilometers (slightly more than 3.5 times the size of Washington, DC) with 5,888,930 citizens. English, Malay, Tamil and Chinese are the languages commonly used by the people in Singapore (consider regional differences). This country shares no land borders with another country.

Singapore is a city-state in Southeast Asia. Combining the skyscrapers and subways of a modern, affluent city with a medley of Chinese, Malay and Indian influences and a tropical climate, with tasty food, good shopping and a vibrant nightlife scene, this Garden City makes a great stopover or springboard into the region. Head to one of the three beaches on Sentosa or its southern islands. Other beaches can be found on the East Coast. The Bras Basah area east of Orchard and north of the Singapore River is Singapore's colonial core, with historical buildings and museums. Popular tourist attractions Singapore Zoo, Night Safari, Jurong Bird Park and the Botanical Gardens are all in the North and West. Finding real nature is a little harder, but the Bukit Timah Nature Reserve (located in the same district as the zoo) has more plant species than that in the whole of North America.

The landscape is lowlying, gently undulating central plateau. The average density of population is about 8,188 per km². The climate in Singapore can be described as tropicalhot, humid, rainy, two distinct monsoon seasons - northeastern monsoon (December to March) and southwestern monsoon (June to September), inter-monsoon - frequent afternoon and early evening thunderstorms. Potential threats by nature are flash floods.

To reach someone Singapore dial +65 prior to a number. The local cellular networks are operated on 900 MHz, 1800 MHz, 3G, 4G. Websites typically end with the top level domain ".sg". If you want to bring electric appliances (e.g. battery chaarger), keep in min the local 230 V - 50 Hz (plugs: G). The sign for the locally used currency Dollar is SGD.

Two equal horizontal bands of red (top) and white; near the hoist side of the red band, there is a vertical, white crescent (closed portion is toward the hoist side) partially enclosing five white five-pointed stars arranged in a circle; red denotes brotherhood and equality; white signifies purity and virtue; the waxing crescent moon symbolizes a young nation on the ascendancy; the five stars represent the nation's ideals of democracy, peace, progress, justice, and equality.

A Malay trading port known as Temasek existed on the island of Singapore by the 14th century. The settlement changed hands several times in the ensuing centuries and was eventually burned in the 17th century and fell into obscurity. The British founded Singapore as a trading colony on the site in 1819. It joined the Malaysian Federation in 1963 but was ousted two years later and became independent. Singapore subsequently became one of the world's most prosperous countries with strong international trading links (its port is one of the world's busiest in terms of tonnage handled) and with per capita GDP equal to that of the leading nations of Western Europe.