Safety Score: 4,3 of 5.0 based on data from 9 authorites. Meaning please reconsider your need to travel to Samoa.

Vailima in Tuamasaga with it's 1,462 citizens is a place in Samoa a little south of Apia, the country's capital city.

Current time in Vailima is now 10:01 AM (Saturday). The local timezone is named Pacific / Apia with an UTC offset of 14 hours. We know of 8 airports near Vailima. The closest airport in Samoa is Fagali'i Airport in a distance of 2 mi (or 3 km), North-East. Besides the airports, there are other travel options available (check left side).

While being here, you might want to pay a visit to some of the following locations: Apia, Afega, Lufilufi, Leulumoega and Samamea. To further explore this place, just scroll down and browse the available info. 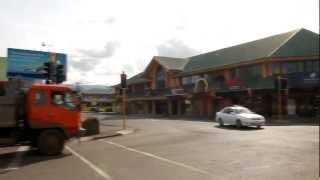 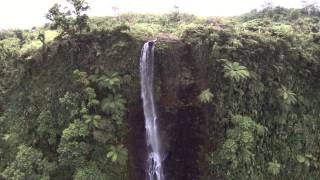 Filmed, Flown and Edited by Ollie Griffiths Track Title: The American Dollar - Rudiments Of A Spiritual Life A short film made during my time in Apia, Samoa. Fortunate enough to be working... 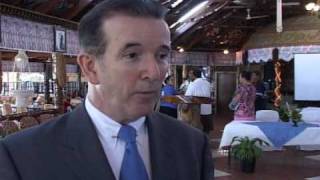 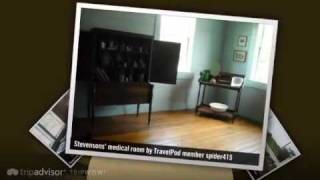 Preview of Spider415's blog at TravelPod. Read the full blog here: http://www.travelpod.com/travel-blog-entries/spider415/2/1259091295/tpod.html This blog preview was made by TravelPod using... 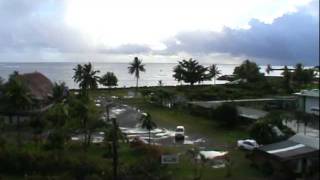 One wet, steamy morning in Apia. 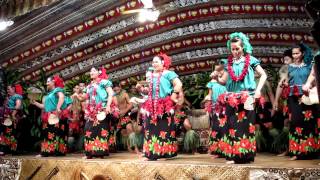 Visit http://marklitraveljournal.blogspot.com for the stories behind the videos. Fist up: a women's dance. 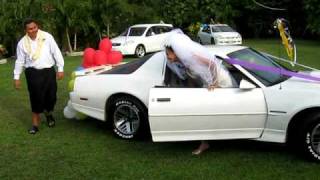 Vinesse in between the ceremony & aiga in her back yard...Bride running home to change! 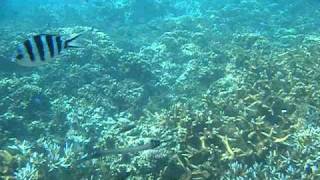 This was taken during Sunday snorkeling at Palolo Deep (Matautu Village) which is only a short stroll from Apia. Coral is starting to regenerate and the many different species of fish make... 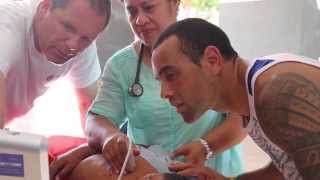 The dark knight fights off thugs trying to steal coconuts. will he prevail or will a greater threat arise from the mist. Tracks taken from Inception, The Dark Knight and The Dark Knight Rises...

Vailima is the name of a village about four kilometers south of Apia, the capital of Samoa. The population is 1,462 (2006 census). Vailima is part of the electoral political district Tuamasaga. The village is most known as the location of the last residence of Robert Louis Stevenson, named 'Villa Vailima'.

Alafua is a village in Samoa. It is approximately two miles from the country's capital, Apia. It is home to The University of the South Pacific at Alafua, the agricultural sector of the USP. It is also home to a popular tourist attraction, the Sliding Rocks, where visitors can slide on several small, smooth rocks.

Fagali'i or Fagali'i-uta is a village on the island of Upolu in the Samoa archipelago approximately 5 kilometres south-east of Apia. It is in the electoral constituency of Vaimauga East (faipule district) which forms part of the larger political district of Tuamasaga. The population of Fagali'i is 1,571 (2006 Census). The former Apia-Fagali'i Airport site and the Royal Samoa Golf Course are both located nearby.

Chanel College is a Catholic co-educational college in Moamoa, Samoa. Founded in 1962 by the Marist Fathers, the school was originally a boys-only boarding school, with special permission for non-boarders, but later became co-educational. The first principal was Father Bernard Doherty. The first Head Prefect was Lino Samoa, who later received from his family his chiefly title of "Taupa'u". It is located near the top of Mount Vaea, at the end of Moamoa Road, which leads directly from Apia.

Lalovaea is a village on the island of Upolu in Samoa. It is situated on the north central side of the island near the country's capital Apia. The village is in the political district of Tuamasaga. The population is 891 (2006 Census).

Mount Vaea is a 472m summit overlooking Apia, the capital of Samoa located on the north central coast of Upolu island. The mountain is situated south about 3 km inland from Apia township and harbour. The settlement at the foothills on the northern side of the mountain is called Lalovaea (below Vaea in Samoan). Mount Vaea is most well known as the burial place of Robert Louis Stevenson who lived the last four years of his life in Samoa before his death on 3 December 1894.

Samoa College is a secondary school in Samoa officially opened in 1953. The college is co-educational and teaches from Year 9 - 13. It is situated in Vaivase on the island of Upolu and is considered the main college in the country. The early college and curriculum was modelled on secondary schools in New Zealand, reflecting the country's colonial history. Education in Samoa is overseen by the government's Ministry of Education, Sports and Culture.

These are some bigger and more relevant cities in the wider vivinity of Vailima.

This place is known by different names. Here the ones we know:
Vailima

These are the most popular locations in Samoa on Tripmondo.