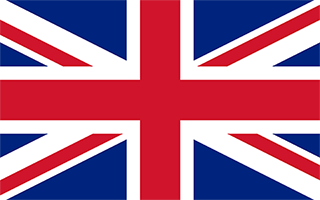 Saint Helena with its capital Jamestown is located in Africa (islands in the South Atlantic Ocean, about midway between South America and Africa; Ascension Island lies 1). It covers some 395 square kilometers (slightly more than twice the size of Washington, DC) with 7,828 citizens. English is the language commonly spoken used by the people in Saint Helena. This country shares no land borders with another country.

Saint Helena is a British overseas territory consisting of the islands Saint Helena, Ascension and the Tristan da Cunha islands group. These are among the world's most isolated islands.

Edinburgh of the Seven Seas

The landscape is the islands of this group are of volcanic origin associated with the Atlantic Mid-Ocean Ridge Saint Helena: rugged, volcanic with small scattered plateaus and plains Ascension: surface covered by lava flows and cinder cones of 44 dormant volcanoes, terrain rises to the east Tristan da Cunha: sheer cliffs line the coastline of the nearly circular island, the flanks of the central volcanic peak are deeply dissected as well as narrow coastal plain lies between The Peak and the coastal cliffs. The average density of population is about 20 per km². The climate in Saint Helena can be described as Saint Helena: tropical marinemild, tempered by trade winds Ascension Island: tropical marine, mild, semi-arid Tristan da Cunha: temperate marine, mild, tempered by trade winds (tends to be cooler than Saint Helena). Potential threats by nature are active volcanism on Tristan da Cunha the island volcanoes of Tristan da Cunha (2,060 m) and Nightingale Island (365 m) experience volcanic activity; Tristan da Cunha erupted in 1962 and Nightingale in 2004

To reach someone Saint Helena dial +290 prior to a number. The local cellular networks are operated on 900 MHz. Websites typically end with the top level domain ".sh". If you want to bring electric appliances (e.g. battery chaarger), keep in min the local 230 V - 50 Hz (plugs: G). The sign for the locally used currency Pound is SHP.

Saint Helena is a British Overseas Territory consisting of Saint Helena and Ascension Islands, and the island group of Tristan da Cunha. Saint Helena: Uninhabited when first discovered by the Portuguese in 1502, Saint Helena was garrisoned by the British during the 17th century. It acquired fame as the place of Napoleon BONAPARTE's exile from 1815 until his death in 1821, but its importance as a port of call declined after the opening of the Suez Canal in 1869. During the Anglo-Boer War in South Africa, several thousand Boer prisoners were confined on the island between 1900 and 1903. Saint Helena is one of the most remote populated places in the world. The British Government committed to building an airport on Saint Helena in 2005. After more than a decade of delays and construction, a commercial air service to South Africa via Namibia was inaugurated in October of 2017. The weekly service to Saint Helena from Johannesburg via Windhoek in Namibia takes just over six hours (including the refueling stop in Windhoek) and replaces the mail ship that had made a five-day journey to the island every three weeks. Ascension Island: This barren and uninhabited island was discovered and named by the Portuguese in 1503. The British garrisoned the island in 1815 to prevent a rescue of Napoleon from Saint Helena. It served as a provisioning station for the Royal Navy's West Africa Squadron on anti-slavery patrol. The island remained under Admiralty control until 1922, when it became a dependency of Saint Helena. During World War II, the UK permitted the US to construct an airfield on Ascension in support of transatlantic flights to Africa and anti-submarine operations in the South Atlantic. In the 1960s the island became an important space tracking station for the US. In 1982, Ascension was an essential staging area for British forces during the Falklands War. It remains a critical refueling point in the air-bridge from the UK to the South Atlantic. The island hosts one of four dedicated ground antennas (the others are on Diego Garcia (British Indian Ocean Territory), Kwajalein (Marshall Islands), and at Cape Canaveral, Florida (US)) that assist in the operation of the Global Positioning System (GPS) navigation system. NASA and the US Air Force also operate a Meter-Class Autonomous Telescope (MCAT) on Ascension as part of the deep space surveillance system for tracking orbital debris, which can be a hazard to spacecraft and astronauts. Tristan da Cunha: The island group consists of Tristan da Cunha, Nightingale, Inaccessible, and Gough Islands. Tristan da Cunha, named after its Portuguese discoverer (1506), was garrisoned by the British in 1816 to prevent any attempt to rescue Napoleon from Saint Helena. Gough and Inaccessible Islands have been designated World Heritage Sites. South Africa leases a site for a meteorological station on Gough Island.