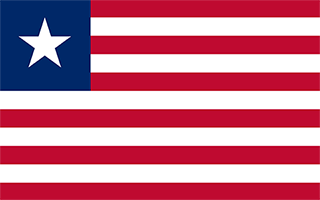 Safety Score: 3,5 of 5.0 based on data from 9 authorites. Meaning please reconsider your need to travel to Liberia.

Monrovia in Montserrado County with it's 939,524 habitants is located in Liberia. It's the capital of this country.

Current time in Monrovia is now 02:37 PM (Sunday). The local timezone is named Africa / Monrovia with an UTC offset of zero hours. We know of 8 airports close to Monrovia. The closest airport in Liberia is Spriggs Payne Airport in a distance of 3 mi (or 4 km), East. Besides the airports, there are other travel options available (check left side).

While being here, you might want to pay a visit to some of the following locations: Bensonville, Kakata, Tubmanburg, Robertsport and Bopolu. To further explore this place, just scroll down and browse the available info. 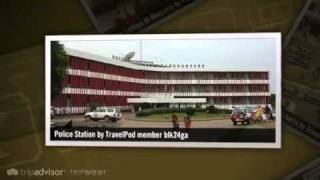 Preview of Blk24ga's blog at TravelPod. Read the full blog here: http://www.travelpod.com/travel-blog-entries/blk24ga/1/1266396487/tpod.html This blog preview was made by TravelPod using... 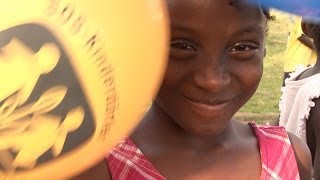 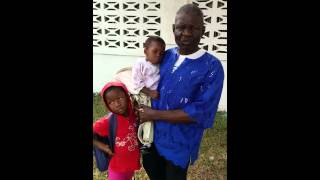 Desperate for work in Monrovia

Twice I've seen Henry walking the streets around the NGO compound area in Monrovia, Liberia looking for help. He carries one daughter in his arms as another, named Kadi, follows in tow. He... 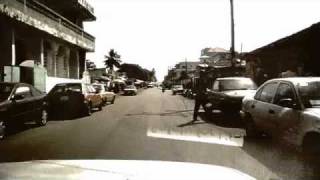 The Bandits in Nutbush City. 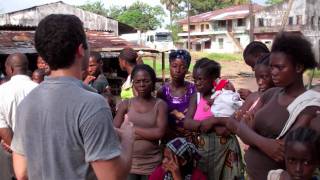 From December 3rd 2010 to January 15th 2011, YWAM Pittsburgh took a team of young missionaries to Liberia, West Africa to preach the Gospel of Jesus. We saw so many people's lives changed,... 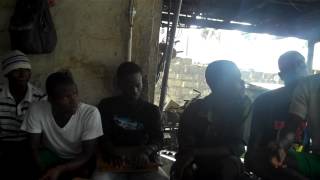 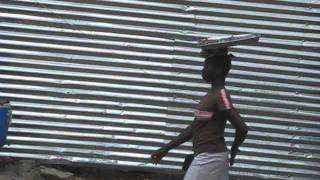 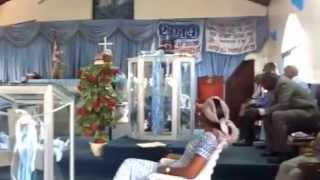 God is Able to Protect His Own 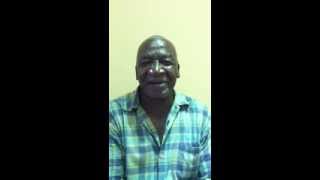 Liberia Listen/laɪˈbɪəriə/, officially the Republic of Liberia, is a country in West Africa bordered by Sierra Leone to its west, Guinea to its north and Côte d'Ivoire to its east. It covers an area of 111,369 km and is home to about 3.7 million people. English is the official language and over thirty indigenous languages are also spoken within the country.

Monrovia is the capital city of the West African nation of Liberia. Located on the Atlantic Coast at Cape Mesurado, it lies geographically within Montserrado County, but is administered separately. The city is governed as a metropolitan city called Greater Monrovia District, which had a population of 970,824 as of the 2008 census, containing 29% of the total population of Liberia and is the country's most populous city.

The music of Liberia involves several different genres. Liberia is a West African country. Its musical heritage includes several important genres of pop derived from neighbors like Ghana and Nigeria. Liberia also boasts an array of indigenous folk music, Christian music and influences from its Americo-Liberian minority. Because most cultures and customs in Liberia are influenced by the United States, R&B and Hip-hop are also being performed in this country as well.

The House of Representatives is the lower chamber of the bicameral legislative branch of Liberia, and together with the Senate comprises the Legislature of Liberia. The number of seats is fixed by law at 73, with each county being apportioned a number of seats based on its percentage of the national population. House members represent single-member districts within the counties drawn up by the National Elections Commission and serve six-year terms.

The Greater Monrovia District is one of four districts located in Montserrado County, Liberia. Though it shares its name with Monrovia, the nation's capital, it is politically independent of the city.

The Supreme Court of Liberia is the highest judicial body in the West African nation of Liberia. The court consists of the Chief Justice of Liberia and four Associate Justices, who are nominated by the President and confirmed by the Senate. The justices hold court at the Temple of Justice on Capitol Hill in Monrovia.

The University of Liberia (UL) is a publicly funded institution of higher learning located in Monrovia, Liberia. Authorized by the national government in 1851, the school opened in 1863 as Liberia College and became a university in 1951. The school is one of the oldest institutions of higher learning in West Africa and is accredited by the Liberian Commission on Higher Education. Civil wars have disrupted and damaged the school over the last three decades.

Located at 6.29917, -10.7947 (Lat. / Lng.), about 0 miles away.
Wikipedia Article, Homepage
University of Liberia, Educational institutions established in 1862, Universities in Liberia

Antoinette Tubman Stadium is a multi-purpose stadium in Monrovia, Liberia. It is used mostly for football matches. It has a capacity of 10,000 people

The Ministry of Foreign Affairs is the government ministry of Liberia responsible for directing Liberia's external relations and the management of its international diplomatic missions. The incumbent minister is Augustine Kpehe Ngafuan, a member of the Unity Party and Dean of the Liberian Cabinet under President Ellen Johnson-Sirleaf. The ministry is located in Monrovia, Liberia's capital.

The African Methodist Episcopal University (AMEU) is a private institution of higher learning located in Monrovia in the West African nation of Liberia. Located on Camp Johnson Road, the school is the second largest college in Liberia with nearly 3,500 students. The school was established in 1995 by the African Methodist Episcopal Church, and chartered by the Liberian Legislature in 1996.

Stella Maris Polytechnic (SMP) is a post-secondary, private institution of higher learning in Monrovia in the West African nation of Liberia. Founded in 1988, the school is owned and operated by the Roman Catholic Archdiocese of Monrovia. Located on Capitol Hill, the school has approximately 2,000 students.

Located at 6.2978, -10.7939 (Lat. / Lng.), about 0 miles away.
Wikipedia Article, Homepage
Education in Monrovia, Universities in Liberia, Educational institutions established in 1988

The Temple of Justice is a large building of modern style which was constructed in the 1960s on Capitol Hill in Monrovia, Liberia. Dedicated in 1965, it houses the Supreme Court of Liberia, auxiliary courtrooms, and legal offices. It suffered relatively little damage during the First and Second civil wars that lasted from 1989-2003, but poor maintenance and lack of electricity made the Temple unpleasant to work in.

These districts belong to Monrovia.

These are districts that are close by, but belong to a different city than Monrovia.

These are some bigger and more relevant cities in the wider vivinity of Monrovia.

These are the most popular locations in Liberia on Tripmondo.