Nanikai Village in Tarawa (Gilbert Islands) with it's 803 citizens is a town in Kiribati a little east of Tarawa, the country's capital city.

Current time in Nanikai Village is now 11:13 PM (Monday). The local timezone is named Pacific / Tarawa with an UTC offset of 12 hours. We know of 8 airports near Nanikai Village. The closest airport in Kiribati is Bonriki International Airport in a distance of 11 mi (or 18 km), East. Besides the airports, there are other travel options available (check left side).

When in this area, you might want to pay a visit to some of the following locations: Tarawa, Ebon, , and . To further explore this place, just scroll down and browse the available info. 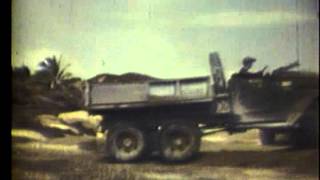 This is the biggest port in this country.

In the of 1943, here Betio was one of the hardest battlegrounds in South Pacific between the US and Japan. You can see canons, bankers, and commander's building.

The House of Assembly of Kiribati has 46 members, 44 elected for a four year term in single-seat and multi-seat constituencies, 1 delegate from Banaba Island and 1 ex-officio member (the Attorney General). Created by the Constitution of 12 July 1979, its seat has been at Ambo on South Tarawa since October 2000. From 1979 to 2000, it was at Bairiki. The current Kiribati Electoral Commissioner is Rine Ueara.

Bairiki National Stadium is located in Bairiki, Kiribati. It is the national stadium and the home of Kiribati's national football team. The stadium's capacity is around 2,500.

These are some bigger and more relevant cities in the wider vivinity of Nanikai Village.

These are the most popular locations in Kiribati on Tripmondo.