Current time in Kinsale is now 04:42 PM (Sunday). The local timezone is named Europe / Dublin with an UTC offset of one hour. We know of 9 airports close to Kinsale, of which 3 are larger airports. The closest airport in Ireland is Cork Airport in a distance of 9 mi (or 15 km), North. Besides the airports, there are other travel options available (check left side).

There is one Unesco world heritage site nearby. It's Sceilg Mhichíl in a distance of 40 mi (or 64 km), West. Also, if you like playing golf, there are some options within driving distance. If you need a hotel, we compiled a list of available hotels close to the map centre further down the page.

While being here, you might want to pay a visit to some of the following locations: Cork, Courtbrack, Limerick, Cluain Meala and Nenagh. To further explore this place, just scroll down and browse the available info. 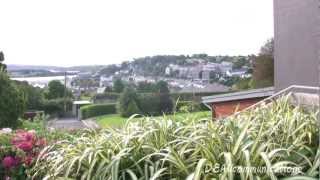 Kinsale, Ireland, located on the Irish Sea just south of Cork, is a popular tourist destination in southern Ireland. The town mixes great sights, resturants and pubs with history. The Spanish... 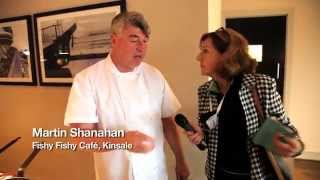 Martin Shanahan, Fishy Fishy Restaurant, Kinsale talks to Breda Coady about what he has prepared for the Mad Hatters Taste of Kinsale 2013. An escorted fun foodie walking tour of the 11 members... 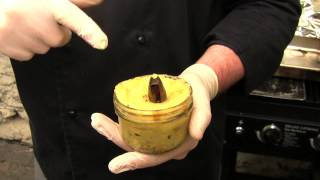 Mussel Srargazy Pie from the Blue Haven Hotel & Restaurant in Kinsale. The Blue Haven is an attractive, cosy, friendly boutique hotel situated in the heart of beautiful Kinsale. Blue Haven... 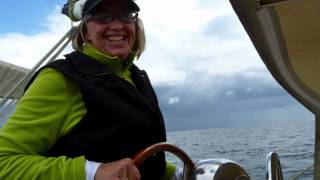 Life Aboard Exodus While Sailing Around Kinsale Ireland

This is a video of what life was like for Kevin Leary and Lauren McMullen aboard Exodus as we sailed around Kinsale Ireland in June 2012. 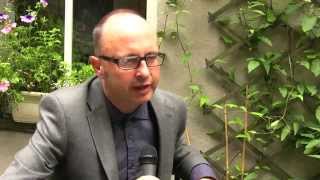 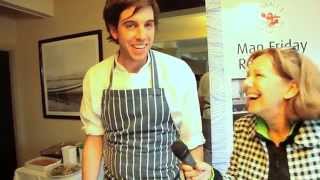 Daniel Horgan, Man Friday Restaurant, Kinsale talks to Breda Coady about what he has prepared for the Mad Hatters Taste of Kinsale 2013. An escorted fun foodie walking tour of the 11 members... 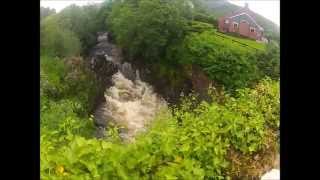 A quick few highlights of what we do! Visit www.kinsaleoutdoors.com for more details. 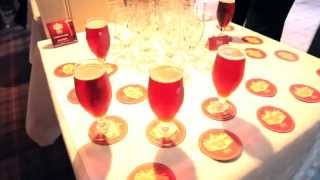 Breda Coady learns about the Craft Beer on offer at the Mad Hatters Taste of Kinsale 2013. An escorted fun foodie walking tour of the 11 members of Kinsale's Good Food Circle. Unravel Travel... 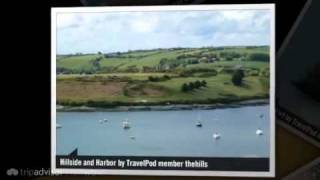 Preview of Thehills's blog at TravelPod. Read the full blog here: http://www.travelpod.com/travel-blog-entries/thehills/irish_honeymoon/1180360800/tpod.html This blog preview was made by... 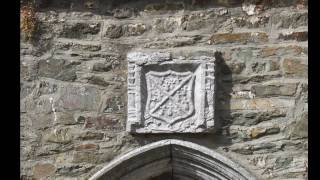 A short video of the Desmond Castle located in Kinsale Ireland. This stone castle served several purposes thooghout the centuries including serving as a prison for French sailors. Operated...

The River Bandon is a river in County Cork in Ireland. It rises at Nowen Hill (one of the Shehy Mountains), to the north of Drimoleague. The river then flows to Dunmanway, before turning eastward towards the twin villages of Ballineen and Enniskean. The Bandon then flows through the centre of Bandon town, and on to the villages of Innishannon and Kilmacsimon, before draining into Kinsale Harbour on Ireland's south coast.

James Fort (Irish: Dún Rí Shéamuis) is located on Castlepark peninsula in Kinsale harbour, downstream on the River Bandon from Kinsale and overlooking the town. Charles Fort is located on the opposite side of the harbour.

The Castlepark peninsula in Kinsale harbour on the coast of County Cork, on the south coast of Ireland is really more a presque-isle than a peninsula, being joined to the mainland only by an extremely narrow neck at its north-western corner.

Summer Cove part of Kinsale town on the Kinsale harbour, on the south coast of Ireland; it faces westwards across the entrance of the harbour to the Castlepark peninsula. Charles's Fort is located on the southern edge Summercove, at the water's edge. The Bulman pub, located at the centre of Summercove, is one of Ireland's best-known bars, having won Black and White Pub of the Year in 2002 and 2004.

Charles Fort is a star fort located on the water's edge, at the southern end of the village of Summer Cove, on Kinsale harbour, County Cork, Ireland. James' Fort is located on the other side of the harbour. Charles Fort is built on the site of an earlier stronghold known as Ringcurran Castle, which featured prominently during the Siege of Kinsale in 1601.

Sandycove Island is a small island at the mouth of Ardkilly Creek on the south coast of Ireland, just to the west of the Castlepark peninsula, which forms the western side of the entrance to Kinsale harbour in County Cork. It is located directly opposite the tiny hamlet of Sandycove (population around 100) and no more than 200 metres off the shore.

These are some bigger and more relevant cities in the wider vivinity of Kinsale.