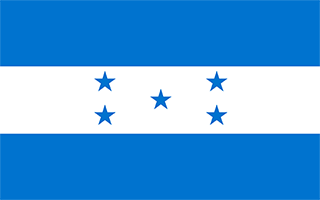 Safety Score: 3,4 of 5.0 based on data from 9 authorites. Meaning please reconsider your need to travel to Honduras.

Tegucigalpa in Departamento de Francisco Morazán with it's 850,848 residents is a town located in Honduras. It's the capital of this country.

Time in Tegucigalpa is now 09:36 AM (Sunday). The local timezone is named America / Tegucigalpa with an UTC offset of -6 hours. We know of 8 airports nearby Tegucigalpa. The closest airport in Honduras is Toncontín International Airport in a distance of 2 mi (or 3 km), South-West. Besides the airports, there are other travel options available (check left side).

There are two Unesco world heritage sites nearby. The closest heritage site is Joya de Cerén Archaeological Site in El salvador at a distance of 97 mi (or 156 km). The closest in Honduras is Maya Site of Copan in a distance of 123 mi (or 156 km), West. Need some hints on where to stay? We compiled a list of available hotels close to the map centre further down the page.

Being here already, you might want to pay a visit to some of the following locations: Yuscaran, La Paz, Comayagua, Nacaome and Ciudad Choluteca. To further explore this place, just scroll down and browse the available info. 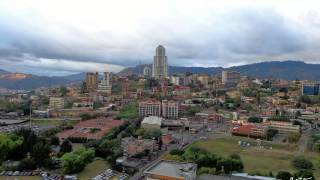 360º View from the Honduran Capital City, wich are the Twin Cities of "Tegucigalpa" and "Comayagüela" together as one; the official name is "Central District" Divided by one River only;... 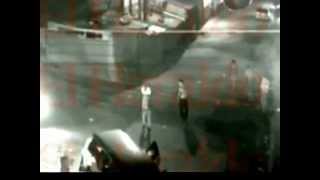 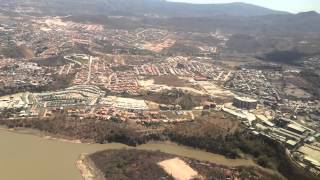 Landing in Tegucigalpa is a unique experience, you have a difficult but amazing approach to a growing city, that you can see it grow and grow. As you can see here, a hilly terrain, many residentia... 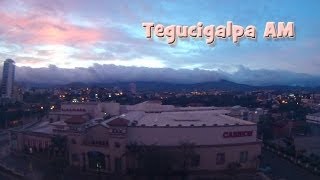 Looking out my window in the capital city of Honduras. 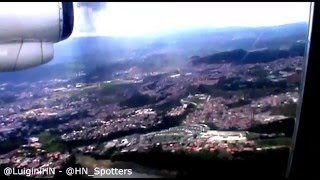 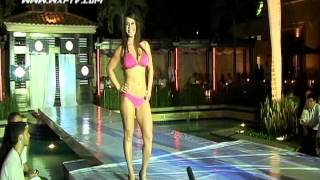 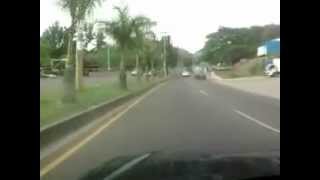 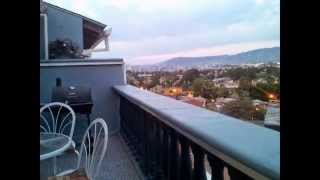 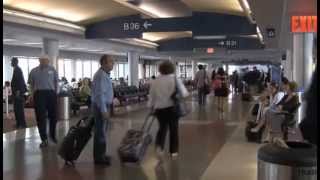 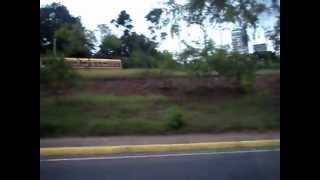 Here's a taxi ride from Tegucigalpa to Transportes Discua Litena for a bus ride to the Nicaragua border in Las Manos. It shows the streets on the way to the bus terminals located in Comayaguela...

Estadio Tiburcio Carías Andino is a multi-purpose stadium in Tegucigalpa, Honduras. It is used mostly for Association football matches. The stadium has a capacity of 35,000 and it is the home of football clubs Motagua and Olimpia.

TACA Flight 390 was a scheduled flight on May 30, 2008, by TACA Airlines from San Salvador, El Salvador, to Miami, Florida, United States, with intermediate stops at Tegucigalpa and San Pedro Sula in Honduras. In this hull loss accident, the Airbus A320-233 (registration EI-TAF, c/n 1374) overran the runway after landing at Tegucigalpa's Toncontín International Airport and rolled out into a street, crashing into an embankment and smashing several cars in the process.

The Academia Hondureña de la Lengua (Spanish for Honduran Academy of Language) is an association of academics and experts on the use of the Spanish language in Honduras. It was founded in Tegucigalpa on December 28, 1948. It is a member of the Association of Spanish Language Academies.

Tegucigalpa, commonly referred to as Tegus, is the capital of Honduras and seat of government of the Republic, along with its twin sister Comayagüela. Founded on September 29, 1578 by the Spanish, it became the country's capital on October 30, 1880 under President Marco Aurelio Soto. The current Constitution of Honduras, enacted in 1982, names the sister cities of Tegucigalpa and Comayagüela as a Central District to serve as the permanent national capital, under articles 8 and 295.

These districts belong to Tegucigalpa.

These are districts that are close by, but belong to a different city than Tegucigalpa.

These are some bigger and more relevant cities in the wider vivinity of Tegucigalpa.

These are the most popular locations in Honduras on Tripmondo.