Moanda in Haut-Ogooué Province with it's 30,151 residents is a town located in Gabon about 292 mi (or 470 km) south-east of Libreville, the country's capital place.

Time in Moanda is now 11:26 AM (Thursday). The local timezone is named Africa / Libreville with an UTC offset of one hour. We know of 8 airports nearby Moanda. The closest airport in Gabon is Moanda Airport in a distance of 5 mi (or 8 km), North-East. Besides the airports, there are other travel options available (check left side).

Being here already, you might want to pay a visit to some of the following locations: Franceville, Koulamoutou, Ewo, Djambala and Sibiti. To further explore this place, just scroll down and browse the available info. 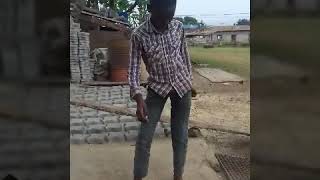 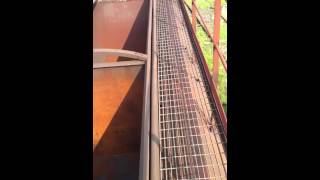 Moanda is one of the largest towns in Gabon, lying on the N3 road in Haut Ogooué. It is also one of the most important manganese mining towns in the world, under the auspices of the Compagnie Minière de l'Ogooué (COMILOG), which began mining in 1957. Moanda has a population of around 39,298 inhabitants (2010 est. ) and is the second largest city in the Haut Ogooué Region, after Franceville. It is also a border town, lying 100 km away from the border with the Republic of Congo.

Lemboumbi-Leyou is a department of Haut-Ogooué Province in south-eastern Gabon. The capital lies at Moanda.

These are some bigger and more relevant cities in the wider vivinity of Moanda.