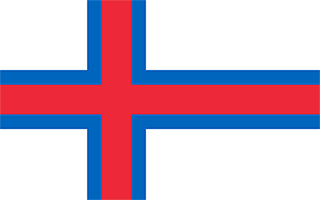 Faroe Islands with its capital Torshavn is located in Europe (Northern Europe, island group between the Norwegian Sea and the North Atlantic Ocean). It covers some 1,394 square kilometers (eight times the size of Washington, DC) with 50,730 citizens. Faroese and Danish are the common languages used in Faroe Islands. Thiscountry has no land-based border with any other country.

The Faroe Islands are 18 islands in the middle of the North Atlantic Ocean, northwest of Scotland and halfway between Iceland and Norway. The Islands are a self-governing island territory of Denmark. With their volcanic origin the 18 islands are rugged and rocky. The Faroese tourist season is very short. It begins in May and ends by September. Most visitors come between July and August by far. If you would like to avoid the busiest season, it is best to visit the Faroes in late May or early June. The Faroese weather has its own temperament and is a lot like the weather in neighboring regions, just more unpredictable.

The topography is rugged, rocky, some low peaks with cliffs along most of coast. The average density of population is about 36 per km². The climate in Faroe Islands can be described as mild winters, cool summersusually overcast, foggy, windy. Potential natural disasters are strong winds and heavy rains can occur throughout the year.

To reach someone Faroe Islands dial +298 prior to a number. The local cellular networks are operated on 900 MHz, 1800 MHz, 3G. Websites typically end with the top level domain ".fo". If you want to bring electric appliances (e.g. battery chaarger), keep in min the local 230 V - 50 Hz (plugs: C, E, F, K). The sign for the locally used currency Krone is DKK.

White with a red cross outlined in blue extending to the edges of the flag; the vertical part of the cross is shifted toward the hoist side in the style of the Dannebrog (Danish flag); referred to as Merkid, meaning "the banner" or "the mark," the flag resembles those of neighboring Iceland and Norway, and uses the same three colors - but in a different sequence; white represents the clear Faroese sky as well as the foam of the waves; red and blue are traditional Faroese colors.

The population of the Faroe Islands is largely descended from Viking settlers who arrived in the 9th century. The islands have been connected politically to Denmark since the 14th century. A high degree of self-government was granted the Faroese in 1948, who have autonomy over most internal affairs while Denmark is responsible for justice, defense, and foreign affairs. The Faroe Islands are not part of the European Union.